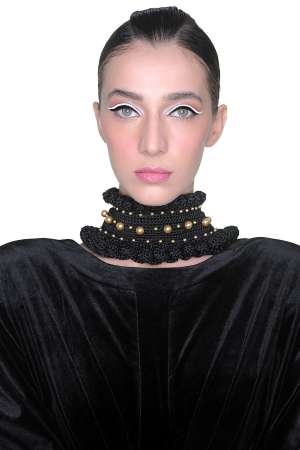 Nitho means spin. Spinning is an ancient textile art form in which plant, animal or synthetic fibres are drawn out and twisted together to form yarn, by simple hand tools, the spindle and the distaff. 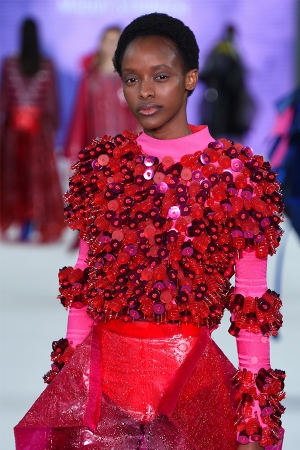 Maddy Stringer, born in Somerset, UK, is a recent fashion design graduate from Edinburgh College of Art. Her specialism lies in textile and material development, exploring tactility and three dimensional surfaces for fashion. Her graduate collection took inspiration from beauty in the mundane and the human desire to collect, focusing on her own childhood collections. Juxtaposing the traditional ornate patterns found in the miniature Persian rugs of her childhood doll's house with the bright, structured plastics of her hotel soap packet collection allowed Maddy to create unusual and unexpected surfaces that then informed her packet like silhouettes. 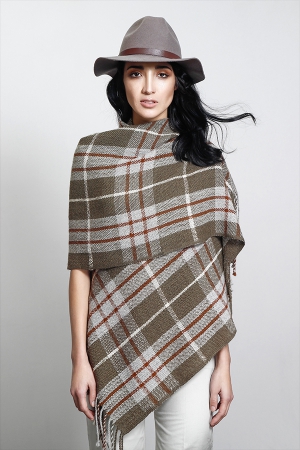 Born in Chile into a family of Italian and Spanish immigrants, educated by English ladies in a school that was all about British values and traditions, raised near a port city with a strong multicultural heritage, she has known from her early years the very best of many worlds.

As a self-made slow fashion designer – with studies in fine arts, architecture and culinary arts – she started Alpaca Samka in 2007, working with Aymara weavers from the Andes highlands of Chile. She travelled to many isolated, and it would seem, almost forgotten villages for more than two years, living in harsh conditions between 2,800 and 5,800 meters (9,186 – 19,000 feet) above sea level to rescue ancestral weaving and braiding techniques.

Her collections are based on traditional Andean methods and British weaving patterns keeping the legacy of both the Andes native peoples and the immigrant pioneers of South America.

She values simplicity and authenticity, where less is more, creating timeless collections, quality textiles with an infinite lifespan.

Her work has received a nomination to the “Best Performance in the Sustainable Luxury Awards” and has exhibited in important fashion shows such as “Ethical Fashion Show” in Paris and the “Latin Trends”.

Andrea is now located in the UK working from Gloucestershire after being selected by the UK DIT Latam inbound investment program. 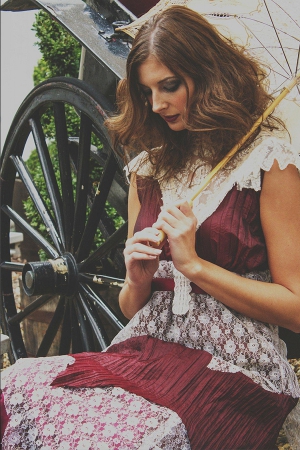 Linda Blissett is a fashion /textile designer, specialising predominantly in niche handwoven fabrics which she designs and hand weaves herself and creates one off couture pieces. She graduated from Middlesex & Portsmouth University with a BA honours in Constructed Textiles and H.N.D Textiles for Fashion.

Stylistically, Linda's work is a blend of her own handwoven multi-textural fabric designs incorporated with her Avant Garde couture designs. I like to breathe new life into fabrics by upcycling found fabrics and incorporating them into my designs. Linda has also recently started to work with Shakespeare at the George theatre company (affiliated with the RSC) in Huntingdon Cambridgeshire. She will design and produce a few pieces for them for future productions each year.

Linda showcased for the first time at London Fashion week with Fashions Finest a platform for emerging designers in September 2014. Since then has shown in London/Paris fashion weeks for emerging designers. She was also a finalist for the John Singer Sargent art prize (Broadway arts Festival). Her collections takes its’ inspiration from Celtic mythology to the mood and style of the Edwardian Avant Garde, to the seasonal ebb and flow of the British Isles, from Autumnal woodlands, insect wings, and tree bark and the undulating patterns of seaweed left by the outgoing tide.

No two pieces of Linda's work will be identical, although themes flow from one piece to another. She has an affinity for colours and textures and likes experimenting with variety of different forms of media. building these into an intricate architecture using modern and traditional methods worked into an eclectic art form.

Her intention is to echo these powerful elements while creating something fresh and new transforming the wearer and turning any event into a modern Fairy-tale.
"I take elements of what inspires me and put those elements into how I perceive the design - It's fused together, my interpretation really"

After a short break  In 2018 Linda has rebranded her design business to concentrate on her couture designs, and has introduced new collections, since from moving from London and now based in Cambridgeshire . Her pieces are available for purchase or one-off event hire. Whether you're attending a party, event, premiere or red carpet event. You can be assured that Linda's exclusive designs are suitable for all occasions.