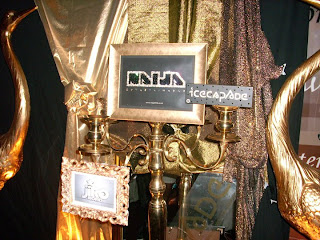 events that I attend and the high number of events that are absolutely rubbish but Iscapade was an event with a difference and one that was definitely worthy of a lot of praise.

It is was an all white affair, which being honest did cause me a lot of problems as it has been many years since I owned or even wore a white pair of trousers but after visiting many shops (and I hate shopping), I finally found a pair of white trousers, the worst thing ever is to show up being the odd one out. 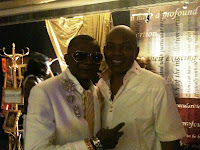 It was held at the opulent Bloomsbury Rooms, London and the N4Life (Naija4Life) team really outdid themselves. On arrival everyone received a complimentary glass of champagne and it was not the cheap stuff it was Moet (I know, I don’t drink but I can recognise the brand names), there were live statuettes, well dressed hostesses, the venue was decorated to a “T” (and I will be speaking to Ace about why he stole all of my ideas) and the best DJ’s London has to offer including of course celebrity DJ Abass. 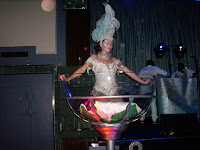 It was nice of N4Life to recognise one of the UK’s and Nigeria’s foremost female presenters, Princess Deun Adedoyin-Solarin who has presented on the likes of NTA News and Ben TV to name a limited few. She was recognised and presented with an award for her contribution to the UK and Nigerian entertainment industry. It was of course presented to her by no other than Adebayo Jones one of Nigeria’s foremost designers, who himself was a recipient last year. 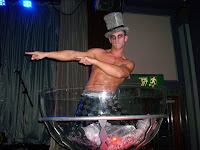 The who’s who of the UK fashion and entertainment scene were there including Kunniks, Ellen Thomas from Eastenders, Biodun from Radiant Glow, filming was done by Laja Than Life and hosted by the beautiful actress Yetunde Oduwole. I could go on and on but just take it from me it seemed like everyone was there.

This is one of those rare times when I can say that if you were not there YOU MISSED.

Published in Blog
Tagged under

More in this category: « Naomi the Diamond Queen.. Interview with Mr Mahogany by Style House... »