Fashion lovers are in for a treat on 6th May as not only is the June issue of Vogue on the shelves, the brand new magazine Miss Vogue is being launched. 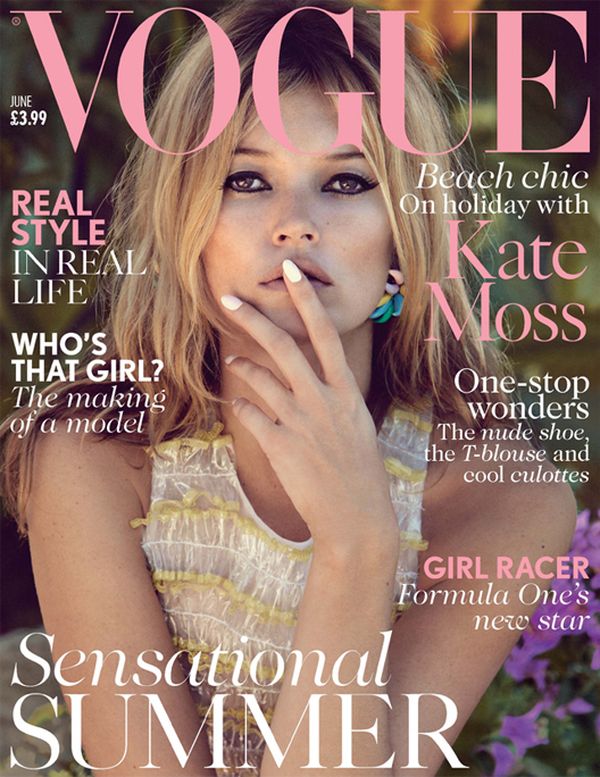 Kate Moss looks stunning on her latest Vogue UK cover, shot by photography legend Patrick Demarchelier. Kate has graced the cover of Vogue consistently since landing her first back in 1993, with this cover bringing her total to an astonishing 32! Showing off her signature long golden bedhead hair, 60's white nails, thick black eyeliner and summery yellow dress - Kate looks sexy, youthful and timelessly chic. I love the laid back summer vibe with the lilac flowers in the background and her relaxed pose, with Kate showing why she is still one of the world's top models after decades in the industry.

Inside the issue she stars in a gorgeous retro holiday inspired spread. In my favourite shot Kate wears pink hotpants and an embroidered vest top as she sits on a yacht. I think she looks beautiful and love the style inspiration from the 1960s. 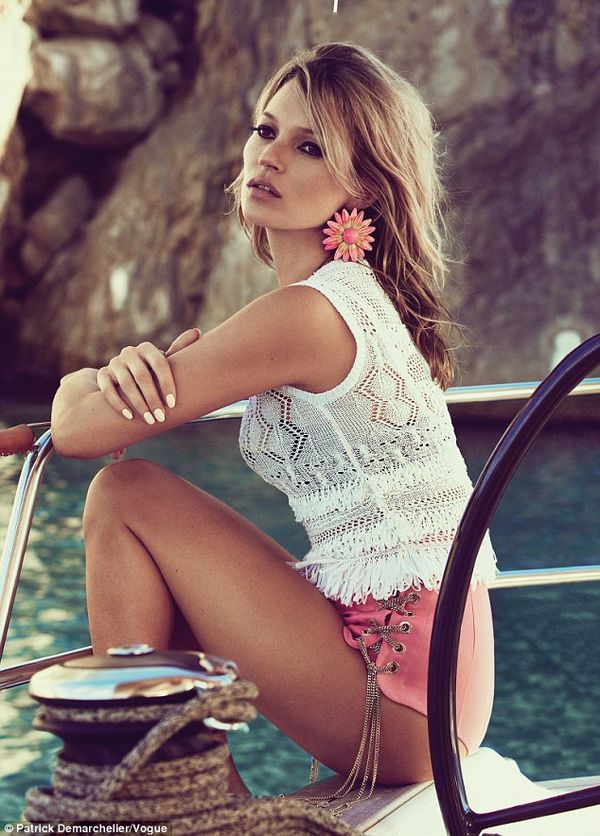 I am so excited to get my hands on Vogue's new little sister Miss Vogue, which is the first ever British Vogue title aimed at a young, fashion-driven audience. The new addition to the UK Vogue line-up follows in the footsteps of the American publication Teen Vogue, which first launched in 2003. Featuring model of the moment Cara Delevingne on its cover seemed an obvious choice. Cara is the model everyone has been talking about, having recently walked for the most celebrated designers and shot a number of high profile campaigns. The choice to feature her on the inaugural cover shows how far she has come in the last year, proving that the sky is the limit for fashions fastest rising star. Cara has repeatedly been referred to as 'the new Kate Moss' so I it was a clever idea to feature them together in the same month. I think it is a fantastic idea to launch a fashion magazine for the younger generation with age appropriate articles, fashion and themes. It is a great way to get important issues across whilst also giving youngsters with a passion for the fashion industry a great way to learn and be inspired. The magazine will launch as a double package alongside the June issue of Vogue so this is one month not to miss out on! 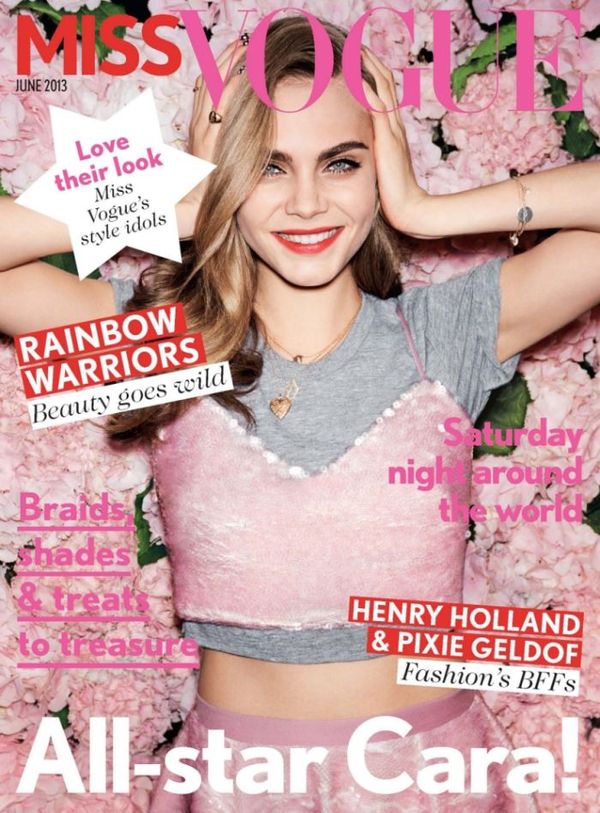 I think they chose a great shot for the teen magazine cover, showing a smiling, natural looking Cara in grey and pale pink with a background of beautiful blossom. The photo-shoot inside has a preppy vibe and Cara delivers her best take on teen chic in striped shorts and a sleeveless top with the magazine's name emblazoned across the front, styled by Francesca Burns and shot by Angelo Pennetta.

In her editor's letter, Alexandra Shulman writes: 'We are delighted to have everybody's favourite model Cara Delevingne as our inaugural cover star. Her maverick sense of style and fun is Miss Vogue made physical.'

'Vogue magazine appeals to all ages but I wanted to produce an edition targeted at younger readers, created with your lifestyles in mind,' she added. 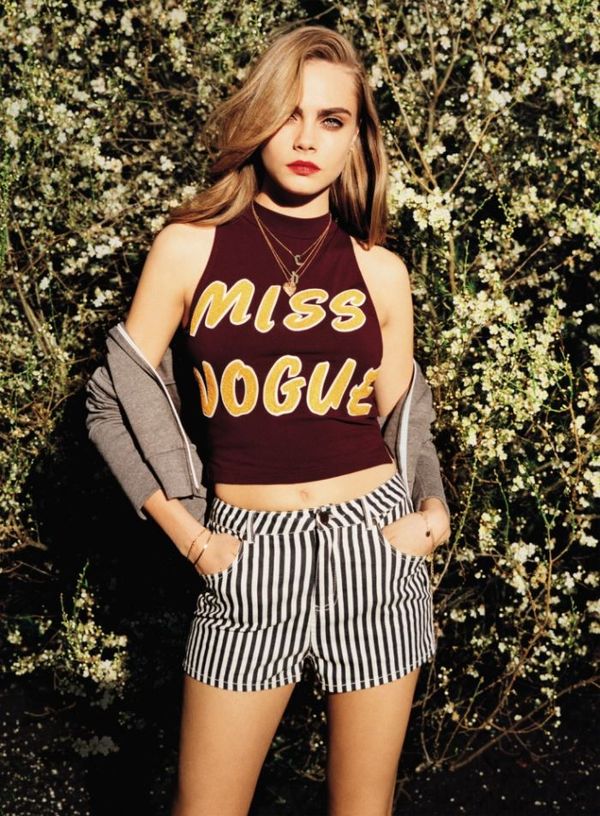 Written by Rose Humble
Published in Blog
Tagged under