Was the Most Beautiful Girl in Nigeria (MBGN) competition Fixed?

Written by
Rate this item
(2 votes)
It's been a busy couple week with work and attending a variety of events, Lagos is truly a city that never sleeps when it comes to entertainment and in my old age I definitely cannot keep up with all of the events that take place every day.

Moving on and enough about me, lets me get to the crux of the matter, I went to a very nice and intimate fashion presentation by Jide Adedeji formerly a top makeup artist with Sleek Nigeria and now runs his own styling and makeup company and is also making great strides towards becoming a top designer with his label "JReason". 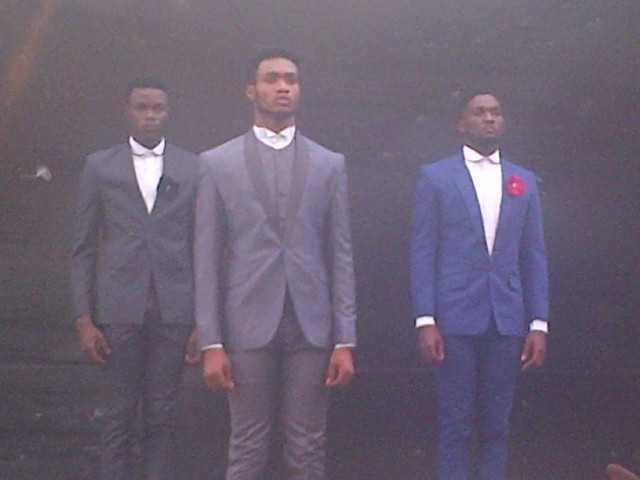 His specialty is menswear but the great thing is that women can also wear his clothes. Besides the fact that it started two hours late (and you know me I am a stickler for time) it was a very nice show, really intimate with people seated around the pool and scattered around the venue sitting on nice comfortable sofa's eating club sandwiches and drinking Fanta (well that was me), other guests were drinking beer, wine and eating proper food. 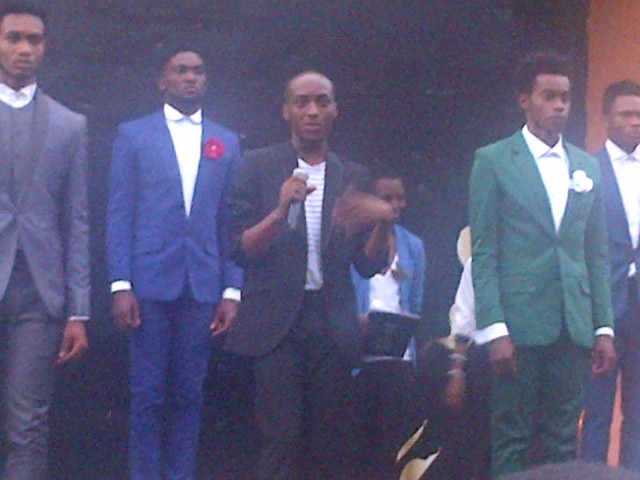 It was also good to catch up with some great Nigerian supermodels such as Dami Teidi who also runs Styljunki, check it out, well worth the looksee, Uju was also there and she seriously is a mega model and I also chilled out with Alex Nwokedi who is the current Face of Sleek and a seriously good business woman, so overall I had a good time.

The fix of the Century?

I better give you a bit of background before I get into my big issue about this competition. MBNG stands for Most Beautiful Girl in Nigeria and is by far the biggest beauty pageant in Nigeria if not Africa with the top three going to Miss World, Miss Universe and Miss Tourism respectively and it was from this competition that Agbani Darego came from, who later went on to be the first ever black winner of Miss World, finally it has been in existence for about 26 years so as you can see it has a lot of substance and credibility.

Was it fixed? This year the Silverbird Group who own the pageant were asked by the Bayelsa State Government (a state in Nigeria) to host the competition in their state. Now I love money so for me I have no problem with MBGN being hosted by Bayelsa State, especially when they are footing the entire bill of the competition and not to mention putting some few extra coins into the pockets of Silverbird.

But hello, please don't make it so obvious that you feel you have to give something back to your major sponsor by making the winner of MBGN coming from Bayelsa State. Normally people would come and tell me that they felt a competition was fixed and I would defend all competitions, that people would not do that as it is not in their interests to do so.

Sadly I sat through two hours of the competition, the "sadly" bit was more to do with the fact that I was a bit bored at the speeches made by the numerous Bayelsa State government representatives including the Governor himself (no disrespect to the Governor) and the political speech by Omotola Jalade Ekeinde (top Nollywood actress), poor MBGN they weren't expecting that and that is what comes of giving an award to an actress at a beauty pageant, seriously I could not see the relevance of that despite the fact that I love her loads as an actress, activist (her words not mine) and as a person (I have met her a few times and she is a very nice person).

Anyway where was I, oh yes now I remember – there were 32 girls that competed in the competition one representing every state in Nigeria. I am not saying the Miss Bayelsa was ugly or did not speak well cos that would be a lie, I did expect her to be in the top 5 as that would be expected as Bayelsa sponsored the event but I did not expect her to win as there were better girls and it always worries me that just as they give the result to the presenter the judge states that it is not fixed, you don't need to say that if you don't think people would think it was fixed.

I would love to take a secret straw poll of the other 31 contestants and see what they felt, yes I know that their opinions would not be valid as people would expect them to say it was fixed because they did not win.

I always wonder how they do it as there were about 5 different judges. I am sure they were not worried that they would face an angry crowd if Miss Bayelsa did not win so how did they get to their decision. I sort of feel like a hypocrite writing this piece as I know people have said that Top Model of Colour International is fixed and I have strongly defended the integrity of the competition, so I may be being unfair to MBGN – judge for yourself.

In my humble opinion and someone that has been a judge on numerous pageants around the world and who watched the show (I must specify I watched it on TV as no one was prepared to buy me a ticket to fly to Bayelsa and watch the show, I am still not a superstar in Nigeria to warrant such treatment), I think there were a lot of other girls that were taller and prettier that could have won it and would have given Nigeria a much better chance of the person doing relatively well at Miss World.

I must state that I cannot prove or have any evidence that it was fixed and genuinely the judges may have felt she was the best person to win without any influence from anyone (yeah right) but already I have received lots of BB's and calls from people clearly stating their reservations about how they came to deciding on who should win MBGN.

I will leave it to you to decide and give your own opinion of the competition if you watched it and if you did not then you would have to just come to your own conclusion based on my interpretation.

Have a great week ahead.
Published in Blog
Tagged under

More in this category: « African Fashion Takes over the World... How to get A-List hair at home? »