Written by
Rate this item
(0 votes)
On the 13th September, I and the other members of Fashions Finest team had the opportunity to work for Matthew O'Brien on his street walk show, which impressed a lot of the public as well as all the press at Somerset House. It was an eventful day, even though the weather could have been brighter. As we arrived back to where we have set off (KMS Salon), I was lucky to be given an invitation to see Bernard Chandran's show at Fashion Scout, where I was also given the chance to backstage privileges. I remember how hectic and busy it was with members of the public queuing outside in the rain, looking well presented and fancy whilst I walked in looking casual and being more pressured due to not feeling as welcome compared to others. As I had fifteen minutes before the show starts, I decided to take a quick visit to see what Fashion Scout's backstage was like. It was madness. All I had in my head was 'I want to leave', because I have never felt so confused in my life. I didn't know that answering a direct question like 'where do I have to go to be seated for Bernard Chandran's show?' would be so difficult. I had people (rudely) giving me directions by pointing their fingers at random places, and the worst thing was they were just standing around doing nothing - clearly can't be that busy to help someone out! There were other fashion journalists and photographers sat on the floor at backstage too, so I made a friendly approach asking if they were having a good time. Surprisingly, they replied with 'No, we are so bored! We've been doing this for the last three years, and it's not even exciting anymore!' It's interesting to know that not everyone enjoys their job isn't it!

It turned out that the 'main entrance' was round the other side of the building, which required going back outside in the rain and turning up late to the show. At that moment it felt like they expect you to know everything, including the venue and the area. Of course, London is a multi-cultured city so this would not make a good impression if they had someone very important turning up at the event from overseas.

Bernard Chandran's show though was really impressive. The entire collection involves a lot of metallic, holographic, sparkles and grid print. I thought it was clever how Chandran has used grid print and hologram to express the changes of colour on fabric, which was really attractive to look at. I liked how each outfit has their own colour scheme, where he uses colour that clashes together nicely for top and bottom half (for example green with orange, red with blue) and accessories such as shoes and head-gear that matches with one of the colour. 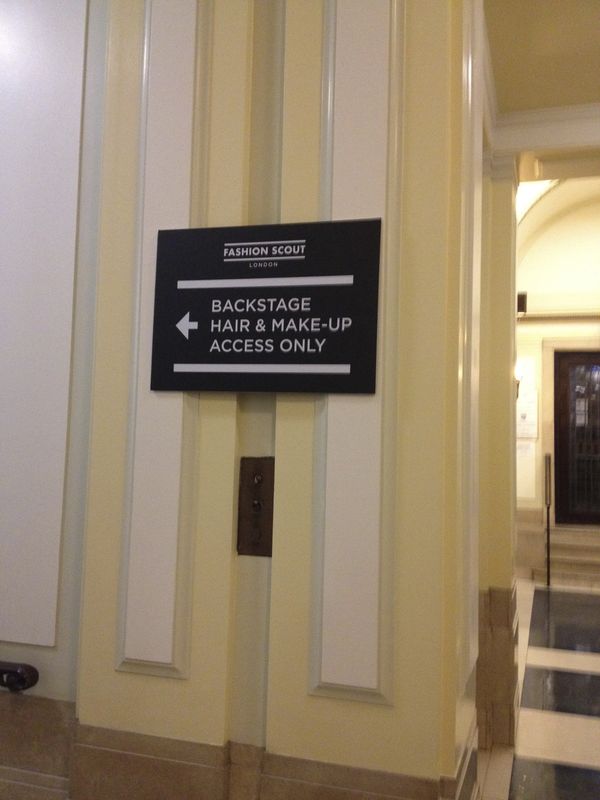 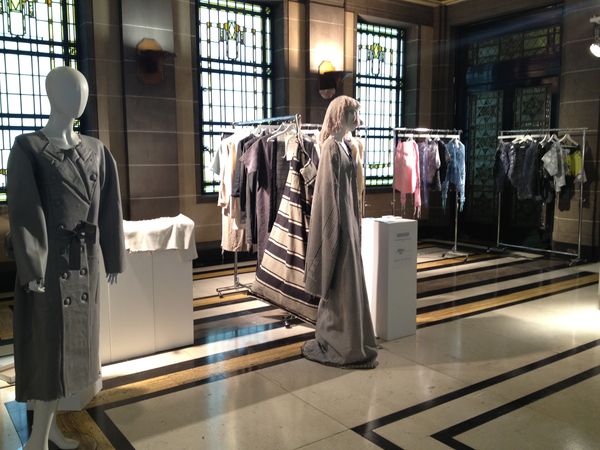 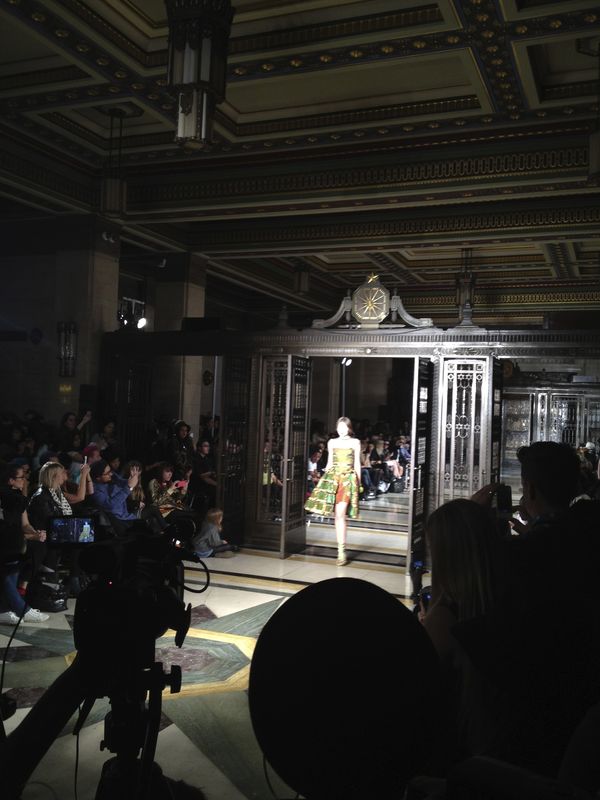 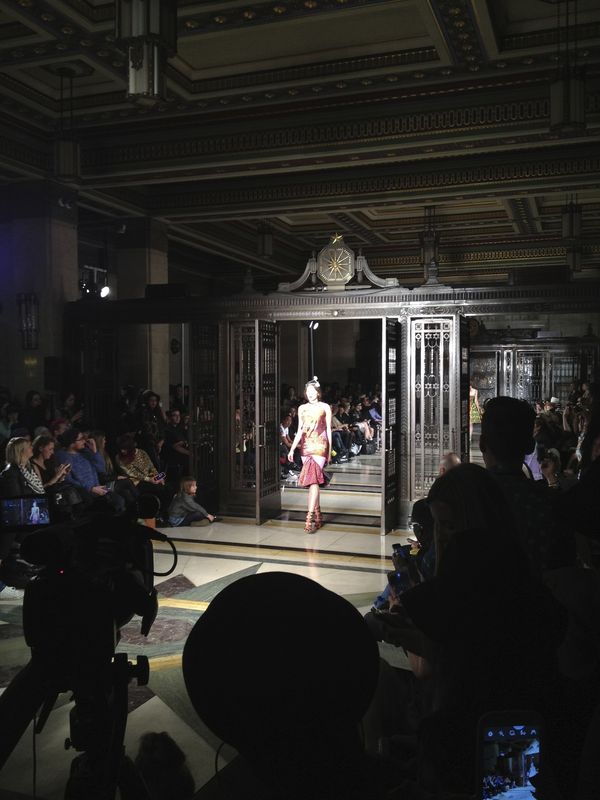