Why is AFWL so greedy… 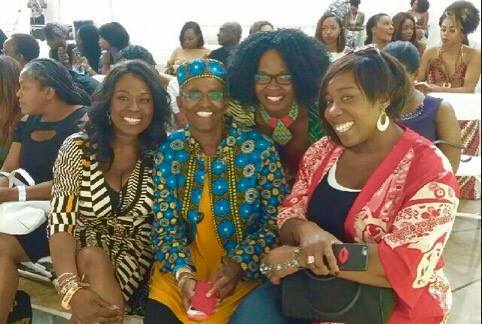 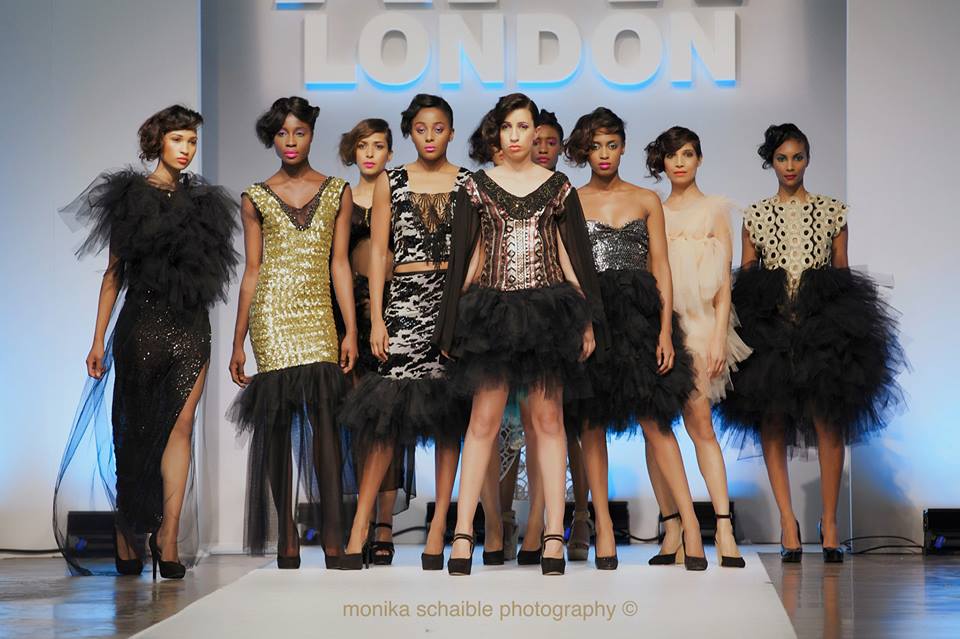 Where have you been you ask, I have been away to visit the queen that is what I would love to say. However the truth is that I am overworked and underpaid, the past year has been hectic for me with nonstop events and shows taking place in the UK and Nigeria. My lovely clients are becoming ever more demanding, so it has left me no time to write. But if I were being truly honest I have been very lazy and have been suffering from writers bloc (AKA I can’t be bothered to write).

This morning though, I woke up feeling inspired and having the urge and the itch to write, so before I lost the urge I quickly opened my laptop and started writing – then it happened. I had to stop because I had no idea of what to write about. I first wanted to write about Obama and then Trump and then Buhari (the president of Nigeria), I have to explain whom he is, as some of you would not know whom the president of Nigeria is, but I am sure you know whom Obama and Donald Trump are. I thought all of that was too political and thought I would be censored by Fashions Finest., So I decided to write about the last 2 days of my life.

This year, Africa Fashion Week London (AFWL as it is fondly called) took a unilateral decision without consultation to pursue world domination, but that was not enough they also issued decrees, edicts and passed laws to extend their domination to also include domination of the universe and its outer dominions and any inhabited or non inhabited planets as Ronke Ademiluyi the founder of AFWL put on her biggest and best event yet with the sole aim of dominating African fashion across the world. It is fair to say that AFWL is without a doubt the biggest African Fashion Week in the world – I know there are some of you that would say that South Africa Fashion Week is bigger. Well I disagree as they are part of the so called official international fashion week schedule, which some of us are not allowed to belong too – I say no more on this subject as I am in a good mood.

That aside AFWL was streamed live across the world by so many media houses including the BBC, Swahili TV, OH TV, the Africa Channel, South African Broadcasting Corporation, Fashion One and hundreds more. I have never seen so many bloggers in my life. Next year I will call it the bloggers convention but they did a great job of updating the world instantaneously as things were happening. I could not believe it, that at the end of the final show I was FORCED to do a catwalk and within seconds it was live and people were commenting on it from different parts of the world. The power of social media, where would we be without you.

I must slightly divert here and talk about people that have nothing to do in their life but complain about the smallest little things they can think of. I recently did an interview for a newspaper in Nigeria about AFWL and I said something to the tune of ‘this will be the best AFWL ever’ and besides everything else written or mentioned in the article the only comment one person could make is that Mr Mahogany (that’s me by the way) you should have said that it would be the best AFWL yet not ever. Even though I went to school and fortunate enough to go to university I am sure my English was correct (but also feel free to correct me) – cos as far as I am concerned if I have done 4 AFWL shows to date and this is the 5th one and I expect it to be the best, am I not allowed to say it will be the best AFWL ever? Seriously!!! I think my main gripe was the fact that this was the only thing they could pick up from the article, no well done, I hope it goes well, more grease to your elbow, don’t overwork, don’t get stressed etc just a correction on my view. hmmmmmm

Anyway correction or no correction this year’s AFWL was the best AFWL EVER, yes I am emphasising the ever as it was a phenomenal show. I know I should not be blowing my own trumpet but if the tune or music is good then you have to blow.

Over the two days of shows over 58 designers showcased including 24 designers that came over from South Africa known as the KZN Fashion Council, SA Collective who truly stole the Friday evening show, recent reports that have come to my attention state that the police are currently planning to charge the South African Collective with theft, they were off the hook. The designs and the designers were colourful, imaginative, innovative and creative. It’s so good to see how far African fashion has come over the past 5 years and I am proud to say that African fashion now owns the world. We had a young 18 year old designer Tuiimila showcase and the entire fashion week was closed by the veteran designer Needle Point and as always she came with her A game. If I were to mention all of the designers I would be here forever, to be honest they all deserve a mention but sadly I can’t but I do take my hat off to each and every one of them.

We had some of the hottest models from around the world featuring in the show, I know it’s not fair to mention some by name but you have to get a feel of how big this show is, you know me even though I should not, I will. Tanya did her 5th straight AFWL show in a row and is the only model to feature in all five seasons, Ruhani came to do the show from Singapore, Victoria from Ghana, Tomi from Nigeria and Aramatou the season 9 winner of Top Model of Colour made her AFWL debut and rocked the catwalk along with the other 40 models that came from all over the UK to participate in the show. However LADIES what is going on, every time Emeka & Hassan two of our male models came onto the catwalk and especially when they were bared chested you all absolutely went wild and literally lost your minds. I would like to say that us men that only have a one pack are just as good as the hunks that had six and eight packs. Seeing how you were responding to them has given me the motivation to go to the gym and do an upgrade from my one pack to a six pack – I can hear you all saying dream on, that is so unfair you should be encouraging me.

Backstage was fun and hectic with Motions as always killing it (do you like my young people slang – ‘killing it’) with the hair and of course Maxine was winding me up over the two days. Abbie May and her makeup team took the makeup to another level and ensured the models looked amazing (sorry I could not avoid using this over used word – too lazy to think of an alternative word, yes I do know I could of used google). Lola, Lola, Lola, yes I said her name three times as she deserves it, she was the head of the AFWL styling team and this was the first time that she did AFWL and despite all of my stress and that of the models and designers she held it together and ensured the models looked absolutely fabulous in the designers clothes. I have no idea of how she did it, because putting the backstage together was like organising a military campaign.

From my limited and extensive knowledge I don’t know of any other Africa Caribbean event that does an event at the Olympia and AFWL should be very proud of their achievements not just about having the courage and the tenacity to take the risk and do it at this very big and VERY EXPENSIVE venue but they have ensured that the event gets bigger and bigger each year. AFWL had over 150 volunteers and interns work on the event, over 80 plus exhibitors, food court that did not stop selling from the moment the doors opened till when they closed (if they gave me a share of their profits I won’t have to work for the next one year).

I must do a big shout out to the AFWL team including Seyi the events manager and her able second in command Joke, Kamari operations, Jo exhibitors, Titi hospitality ( I say no more), CJ entertainment alongside Ike whom put some great acts together, Teju in charge of volunteers, Dami who had boundless energy and just sorted out everything, Anna Maria in charge of press and my fantastic assistant Bili and music produced by the hottest DJ in London Ayo Homdiggy and finally Ricardo whom got stress from EVERYONE and it also seems to be my mission in life to always give him stress as well but by always harassing him that he is taking too long to get the crowd seated, but I will make it up to him by one day giving him the jacket that he wants, he has the unenviable job of having to seat everyone for each show.

The crowd and audience was the best EVER, they dressed to impress, they encouraged the designers and models and they also made sarcastic and horrible comments (I love our people) and dripped saliva all over the floor as their tongues fell out of their mouths whilst drooling over the male models. For nearly all shows it was standing room only and over the two days AFWL had its highest attendance EVER with thousands and thousands attending.

Well this piece is dragging and I think I have to bring it to an end now but I can’t go without firstly saying that we must all take our hats off to Ronke Ademiluyi for putting this event together and taking the risks and having the courage to keep going despite all the hurdles, difficulty in getting sponsorship and covering the costs. Ronke I bow to you.

Lastly I am very happy to announce that during the event I was promoted to Executive Creative Director, I have no idea why I got the promotion but I have been told that it comes with no additional benefits or increase in salary and a lot more work, so life goes on still overworked and underpaid. 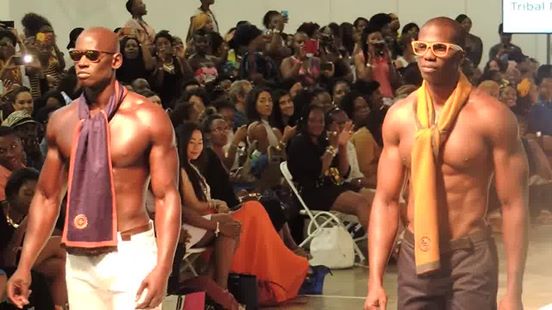 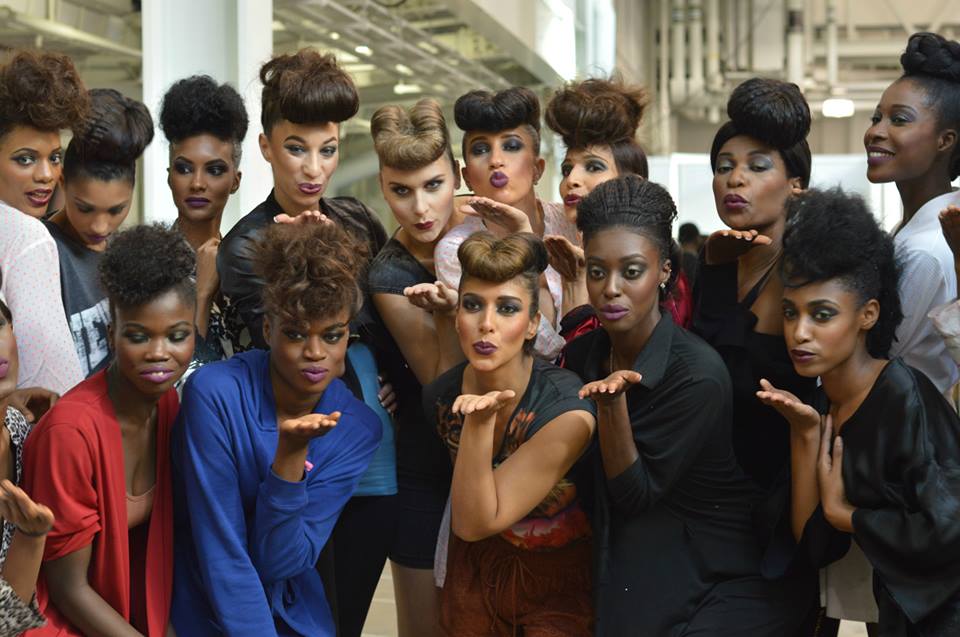 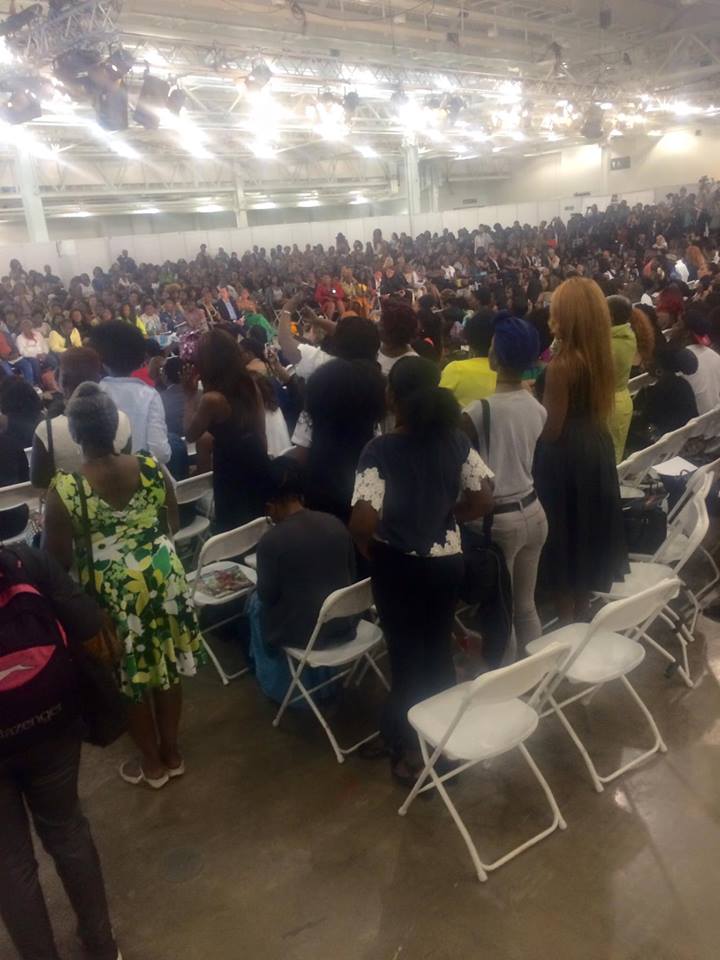