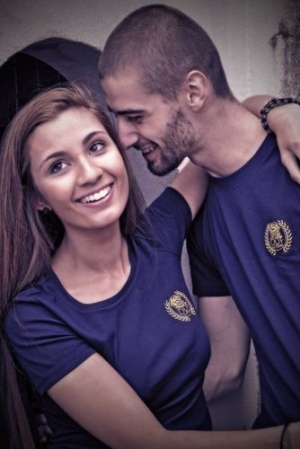 Ever wanted to express yourself through a piece of clothing? ODF depicts just that. One Diverse Fashion was created in 2007 by young entrepreneur Nicholas "Supanova Dex" Amfo, and five years later the brand has completely evolved. Described as a "breath of fresh air", ODF is known for its simple yet classic appearance. This clothing line stands firm by the mantra "Standing in to Stand Out", which exemplifies exactly what the garments are trying to portray: individuality and positivity.

Originally known as "Ow'Du'Feel" the brand has completely reinvented its image, although the message still remains the same. ODF mainly caters for the age group of 16-35 because of the casual preppy style of the items. This spring however, ODF is due to release its brand new kids' collection which is a variety of tops and jackets all at an affordable price.

The range for adults is an innovative compilation of shirts, cardigans, and the polo neck t-shirts which have been made using organic apparel and have had an extremely high demand. The detailed golden emblem was just the first step in upgrading the garments and now the collection is forever expanding, showing the growth that ODF has made since its conception. The latest gilet body warmers available in selected colours are an example of this. It is important to ODF to represent both men and women, so quality items have been designed and made to suit both sexes.

ODF is not just a brand- it is a movement. As mentioned before it seeks to provide a positive message. ODF as an organisation also hosts shows such as the UK version of "Rip The Runway" and "Roots of Fashion"; the latter which is in accordance with Black History Month. These events have showcased some of the finest talent in the UK, giving support to poets, dancers, musicians and fashion designers.

ODF has featured in over 30 independent events all over the UK, including charity events and fashion shows. By appearing in these allows the brand to not only showcase the variety of clothes, but also send a message of motivation and positivity. "Diversity" merges different races, ethnicity's and ages to bond through wearing the same item of clothing, but in a unique manner. Irrespective of your own personal style and image, whether it is casual or smart; "simplicity is royalty" and ODF has something for you. Although this line has come so far, but still hasn't touched the pinnacles it plans to reach.