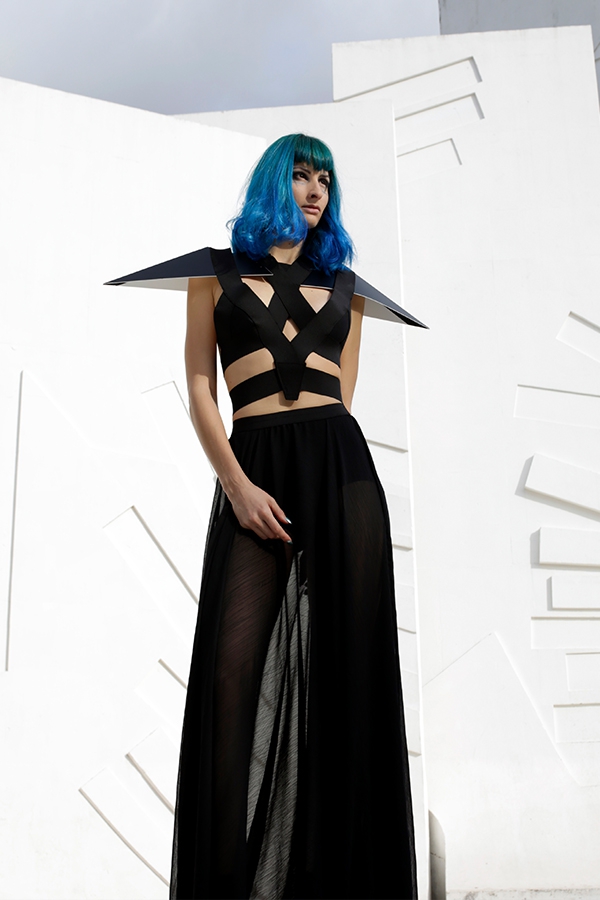 Olya Sookie was born in Makarska, Croatia. From her earliest age, she knew she wanted to design, so she chose Fine Arts High School in Split, studying industrial design. She graduated high school in 2009., with her project being Papillon Discoteque - which won second prize at National exhibition of graduate projects in design: IDIVA 2009. This gave her a chance to exhibit her work at the International fair of innovation, new ideas, products and technologies - ARCA 2009.

Olya graduated in product design from Academy of Fine Arts in Sarajevo. Over the years she worked on different projects, ranging from industrial design to its total opposite; unique design. Many of her projects were successfully realised and exhibited. They are excellent examples of successful collaborations between students and companies. One of those projects was a collaboration between Japanese Embassy and the Academy, which resulted in Olya's "Sookie Doll" being exhibited in Japan in 2013.

Her current work is divided on Olya Sookie Home , handmade ceramic and also developing her own fashion brand "Nephilim", the value of which has already been recognised on her first fashion show at BAFE (Balkan Art Fashion Event) in Belgrade, December 2015.
In April 2016. Olya participated at the Designer Fair in Zadar, (a part of Culture Rhythm) where she showcased her works in ceramics, lamps and coffee tables.

In December 2016. she also showcased her clothing line at the ReDesign Me show, hosted by Circular de la Mode in Zagreb.

Olya Sookie started 2017 with her being included in lookbook of croatian designers by fashion portal moda.hr. She was invited to multiple fashion weeks such as Milano Fashion Week, Paris Haute Coutoure Week, Autumn Fashion show on river Siene in Paris, Maldives - Catwalk on water and Dubai Fashion Week. Her fashion brand, Nephilim, beacame a part of London platform NOTJUSTALABEL (NJAL) which discovers and promotes prominent new designers. Aditionaly, Olya Sookie, recived a personal invitation to be a part of prestigious international design competition „A DesignAwards“ and offer from British publication of Vouge to write a peace about her work and brand Nephilim. In september 2017 Olya's fashion brand Nephilim was a part of Fall Fashion Show In Zagreb. Fashion brand Nephilim was published and featured in various magazines and portals. In last year, there were 17 articles and 4 international printed editorial publications about Olya and her brand Nephilim. She achieved excellent cooperation with international photographers such as Alexandra Khlon (Namibija, Afrika) and Maja Topčagić (BIH) .

Tweet
Published in Designers
More in this category: « Fifth. Yeagob »