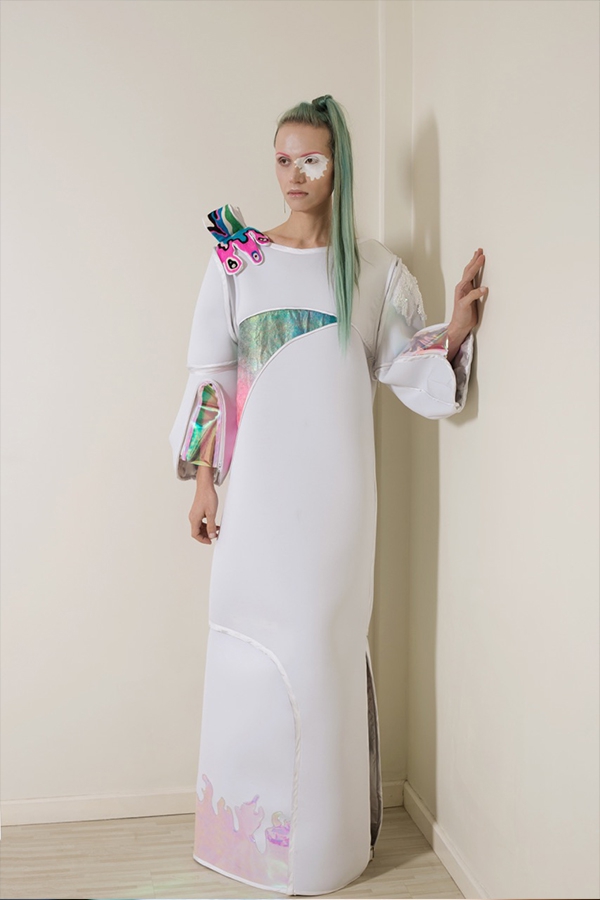 Caroline Perino is a London-based fashion designer. With a passion for drawing since she was 3 years old, she started drawing clothes because of all the details she could put in one outfit. That lead her to eventually finding herself in Fashion.

As the first daughter of two physicians, she was expected to be a doctor as well. Fortunately, fate lead her through another different road. As young as 18, she started her Fashion BA at a Brazilian university. Looking to give her very best, she has taken countless extracurricular courses since then and many abroad as well. Caroline spent some time studying Fashion at Milan Fashion Campus (Milan-Italy, 2011), at The Arts University College of Bournemouth (Bournemouth-England, 2012), at Central Saint Martins College of Arts and Design (London-England, 2015) and has just recently graduated in her Masters studies at Kingston University in London as well. Involved in Fashion research from the very beginning of her BA, she volunteered in the area and later on ended up working in the Fashion Research Centre of her BA university. Perino also participated several times in Scientific Fairs, showcasing her constant research studies towards Fashion and having exposed three times her research work at a National level in Brazil.

Always well referred among her teachers, she received many reference letters and recommendations from her teachers to the abroad universities where she applied. After completing her BA in 2015, where she was awarded the highest mark from all the teachers, she went on to proceed with her studies at Central Saint Martins. Then in 2016 she took a gap year to prepare for her Masters degree at Kingston University. During that year she lectured about the International Fashion Industry at many renowned Brazilian institutions, including the well praised, ESPM and SENAC. Caroline also held some workshops and gave private classes to students, an activity that she continues to perform. Soon after that, she got called to start her Masters of Art at Kingston University London, which's BA Fashion course won the 2nd place as best Fashion course in a worldwide survey (2016), as seen on www.businessoffashion.com. During her Masters she took a deep interest in the business side of fashion, attending events, courses and talks on the subject and consequently also happened to be selected as a top finalist for the Business and Entrepreneurship competition (2017) at Kingston University, seen her great interest in the theme. During the last term of her Masters, and among a class of over 40 MA Fashion students from the whole world, Caroline was selected as one of the few students to showcase a fashion collection publicly at the Design Museum based in Kensington London. She was not only selected for the show as she was also granted two sponsorships from two great brands, one of them being the famous crystal's SWAROVSKI company and the other being the Italian supplier of buttons and trims to luxury brands, the also prestigious Botonifficio Padano. During her studies she also interned as a design assistant at the London Fashion Week luxury brand Emilio de La Morena, where she attained plenty of experience towards all the areas of a fashion brand, from research, to design, to production and sales.