Out Of the Light

Shot on location at Fashions Finest SS20 collection during London Fashion Week 14th September 2019, photographer Joanna Mitroi utilises the light and shadows cleverly with Tuncer Tonun’s collection, in order to conjure a feeling of suspense, mystique, and an almost unearthly beauty, along with a sense of unease as to what lurkes in the darkness.

The fabrics in the photographs appear rich and heavy, and the photographer seems to be encouraging the viewer to reach out and touch the garments. There is a regal feel to the style of clothing, coupled with the theme of nature, autumn and harvest time, enriched by the hair styles Lead by the David Rae Hair & his team, and the vibrant makeup conceptualised by Kim Able and applied by the Academy of Freelance Makeup artists. (AOFM) 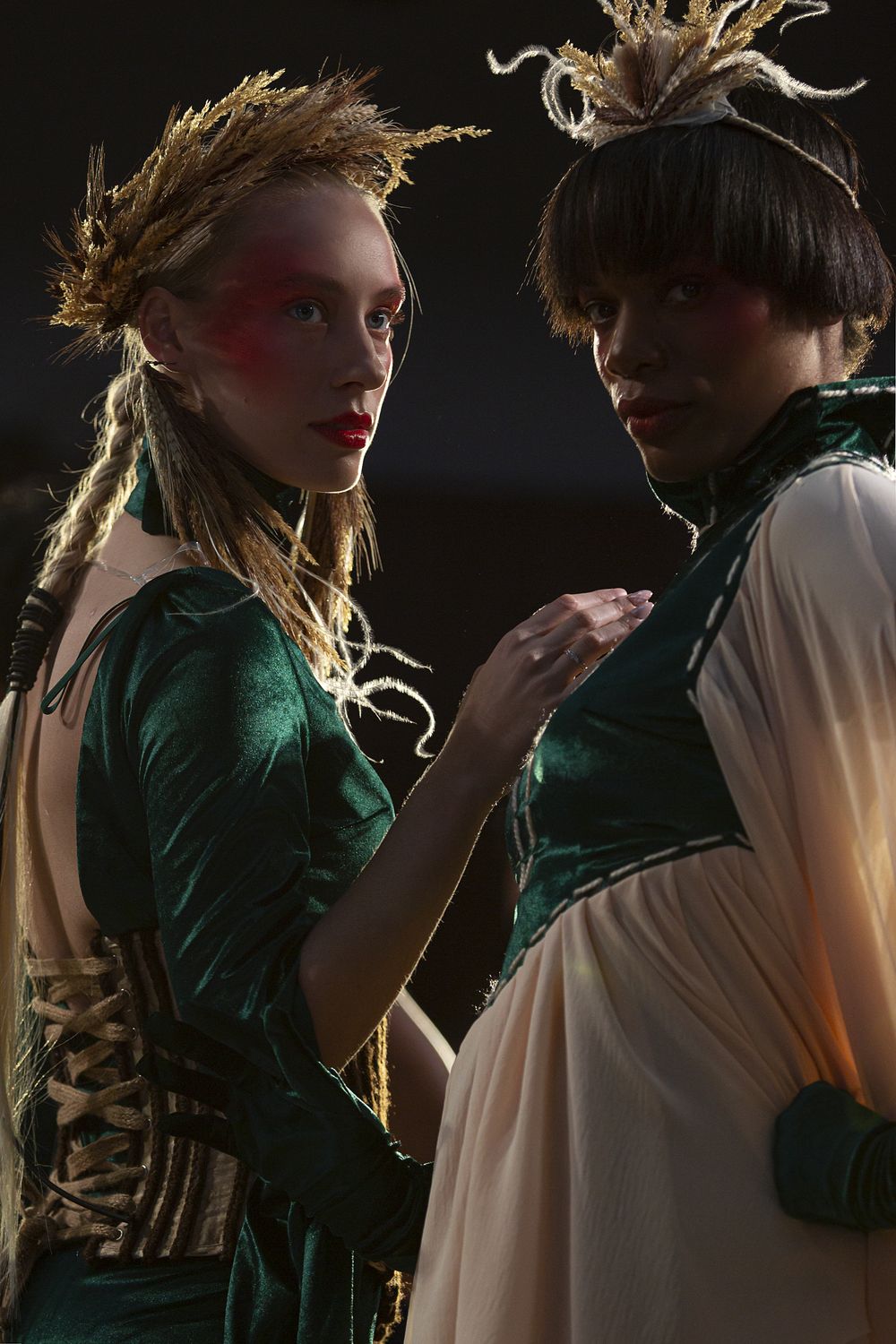 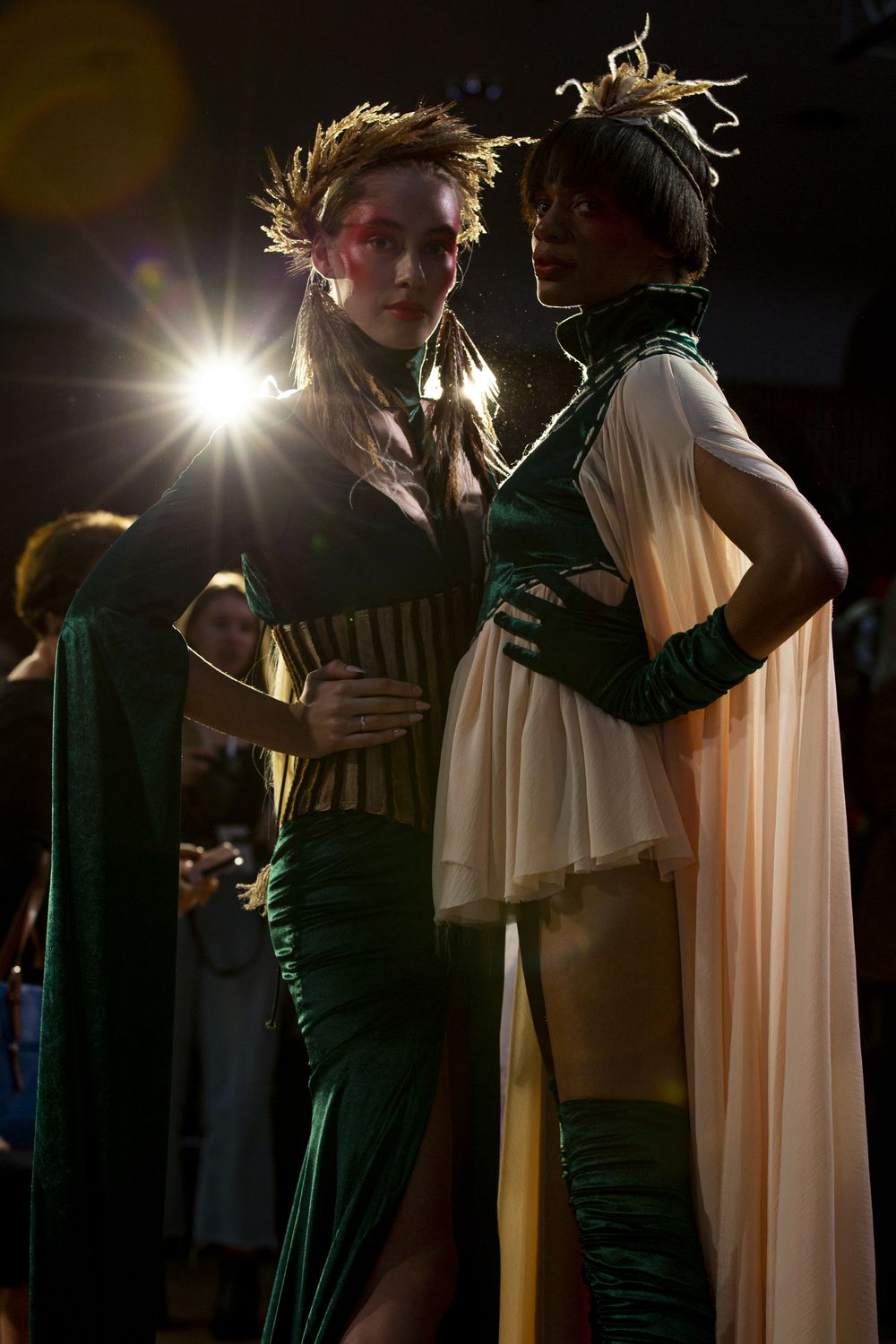 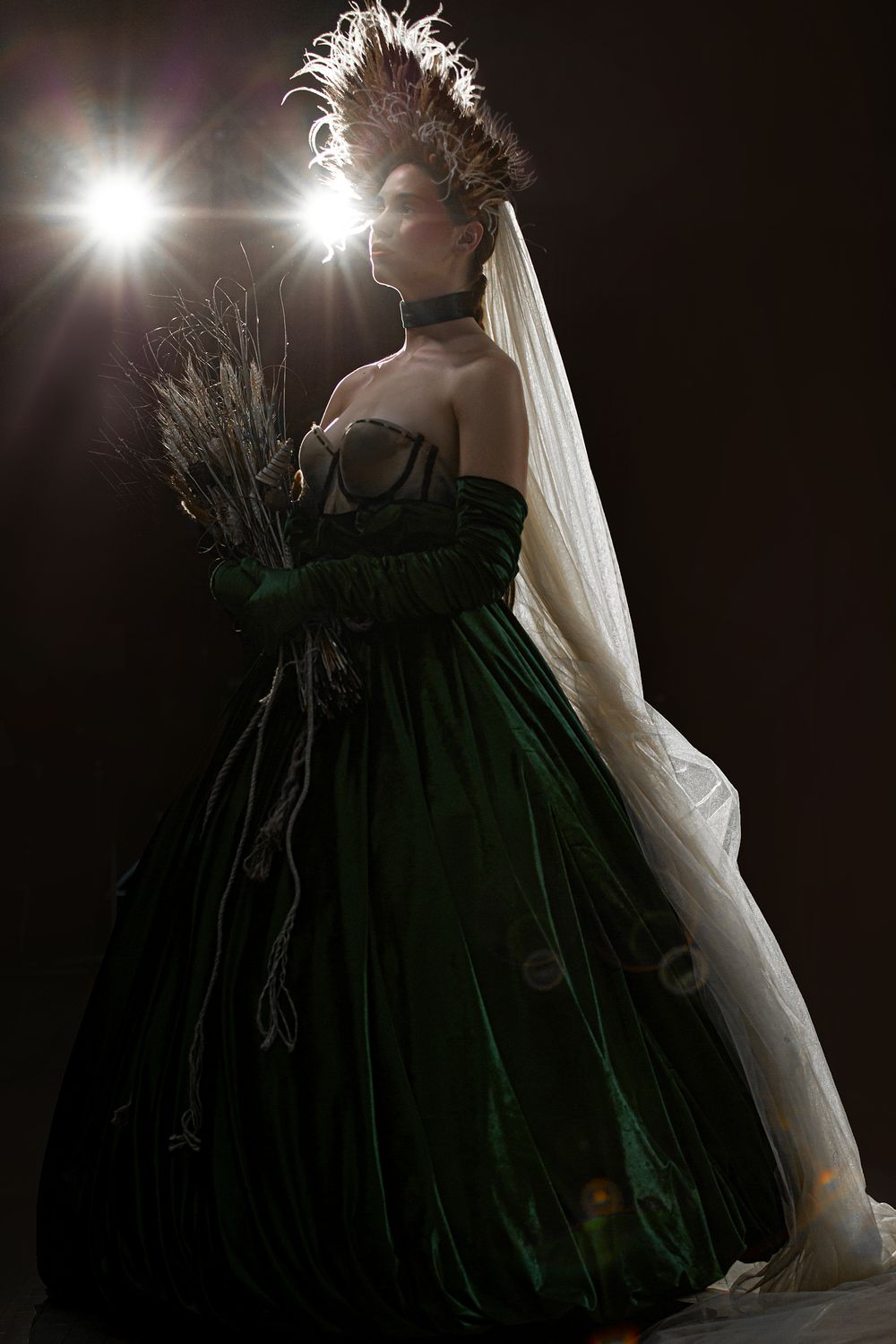 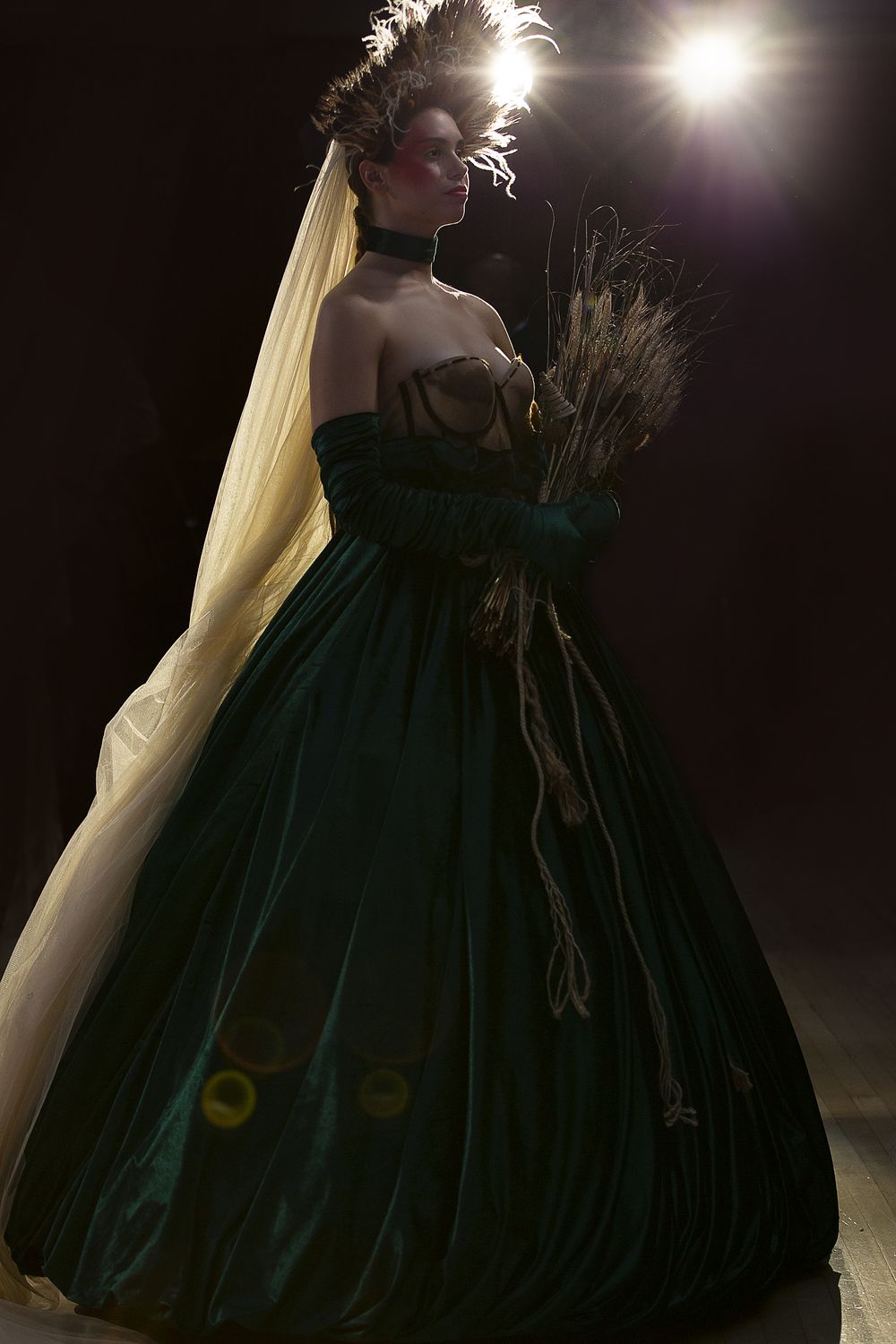 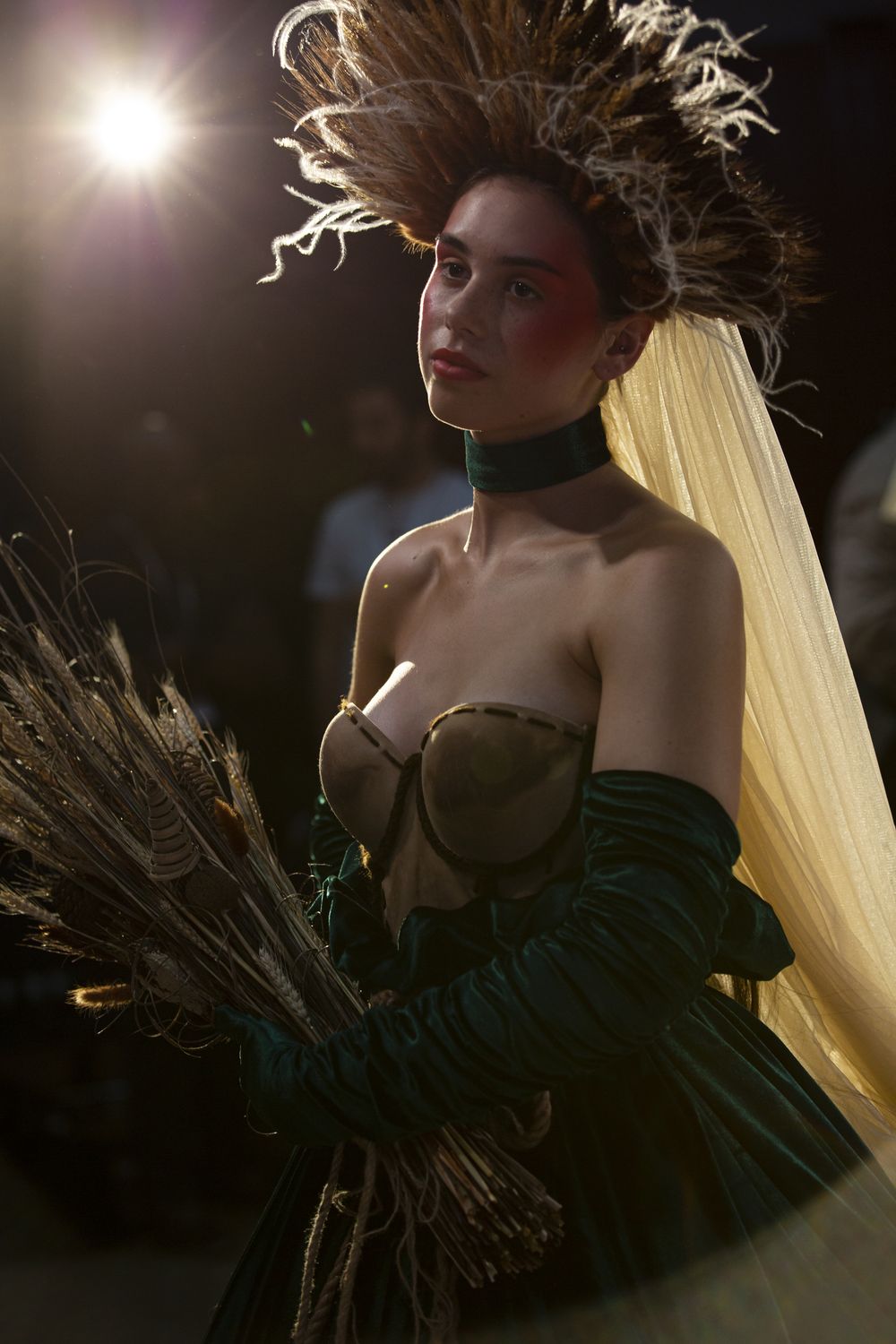 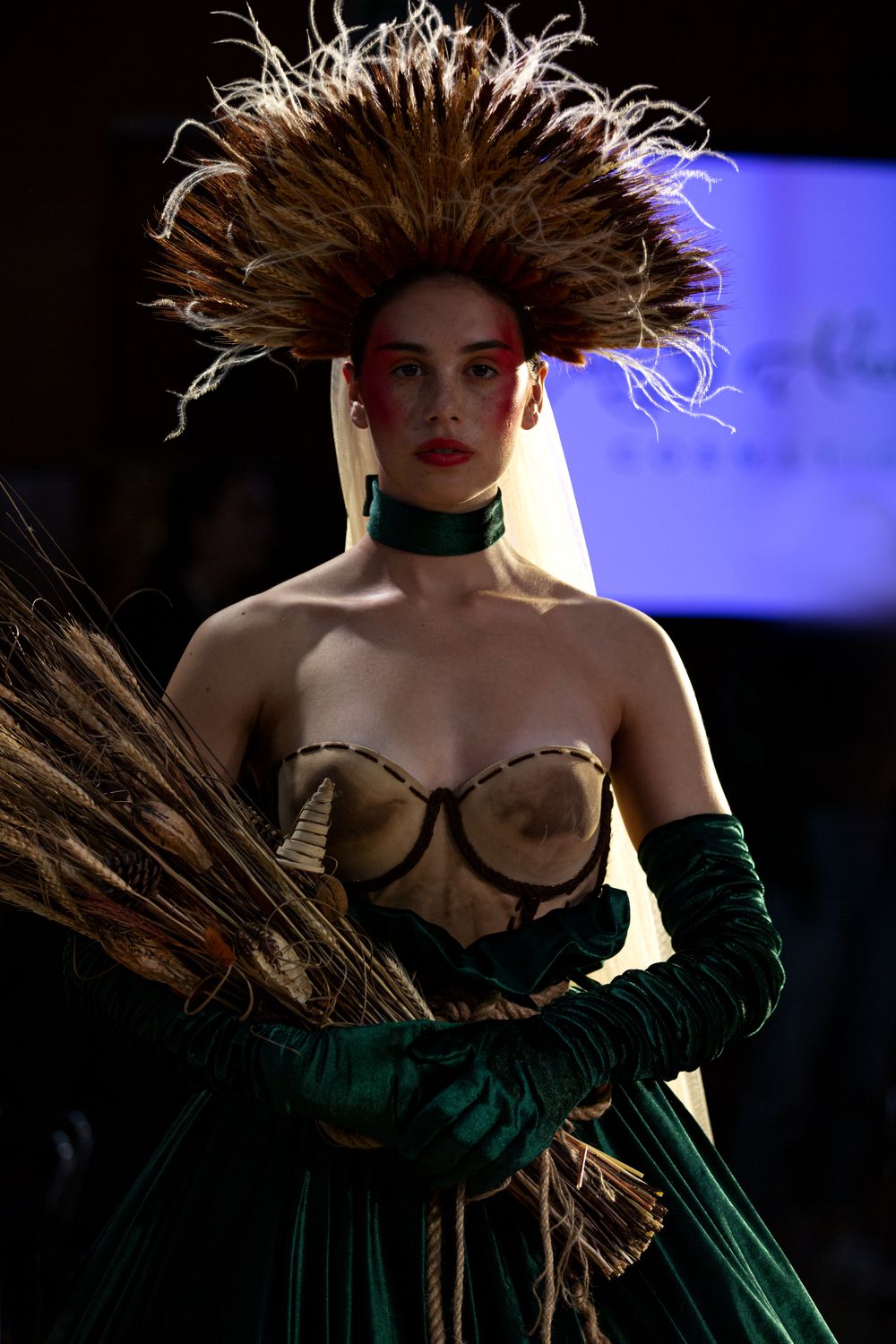 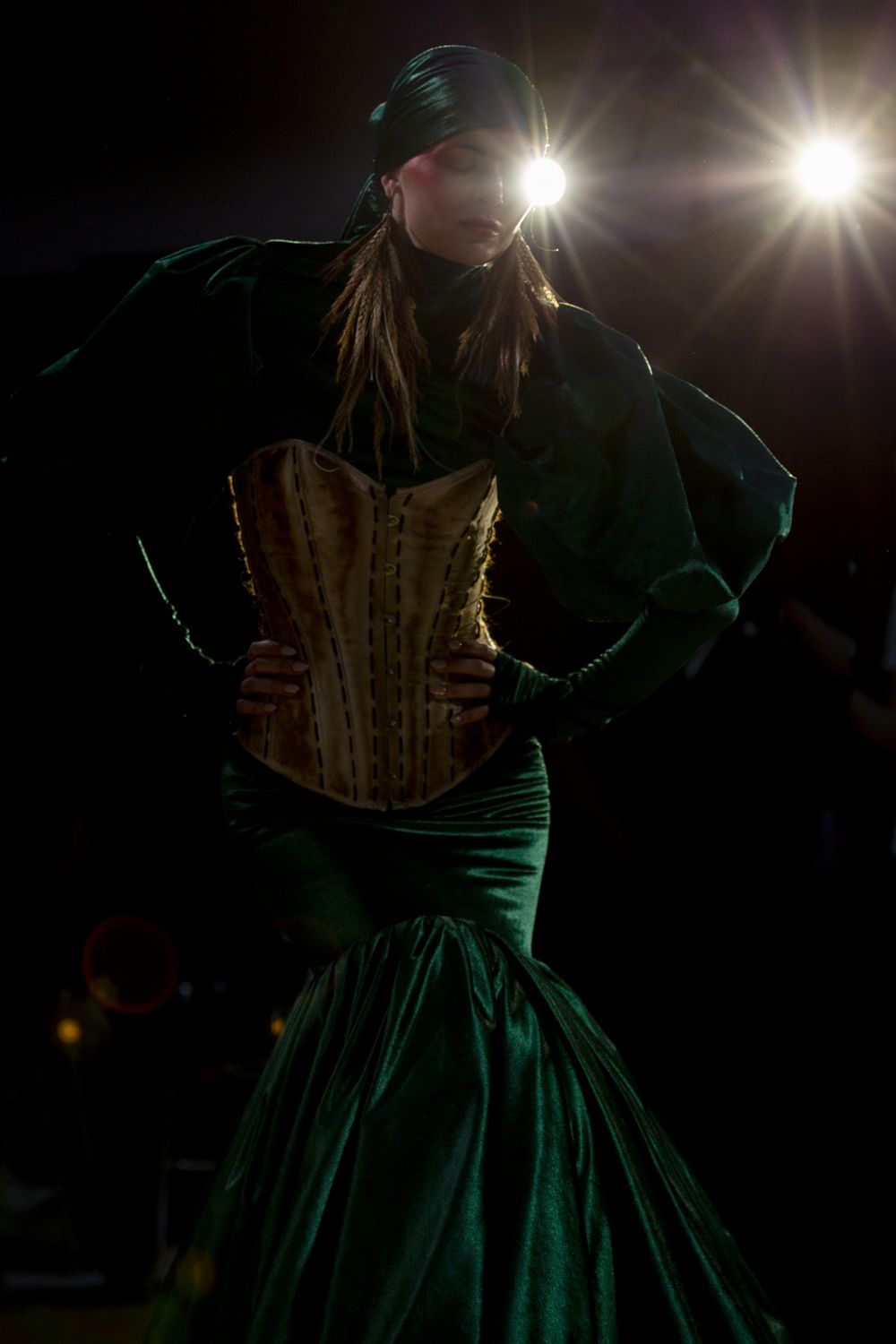 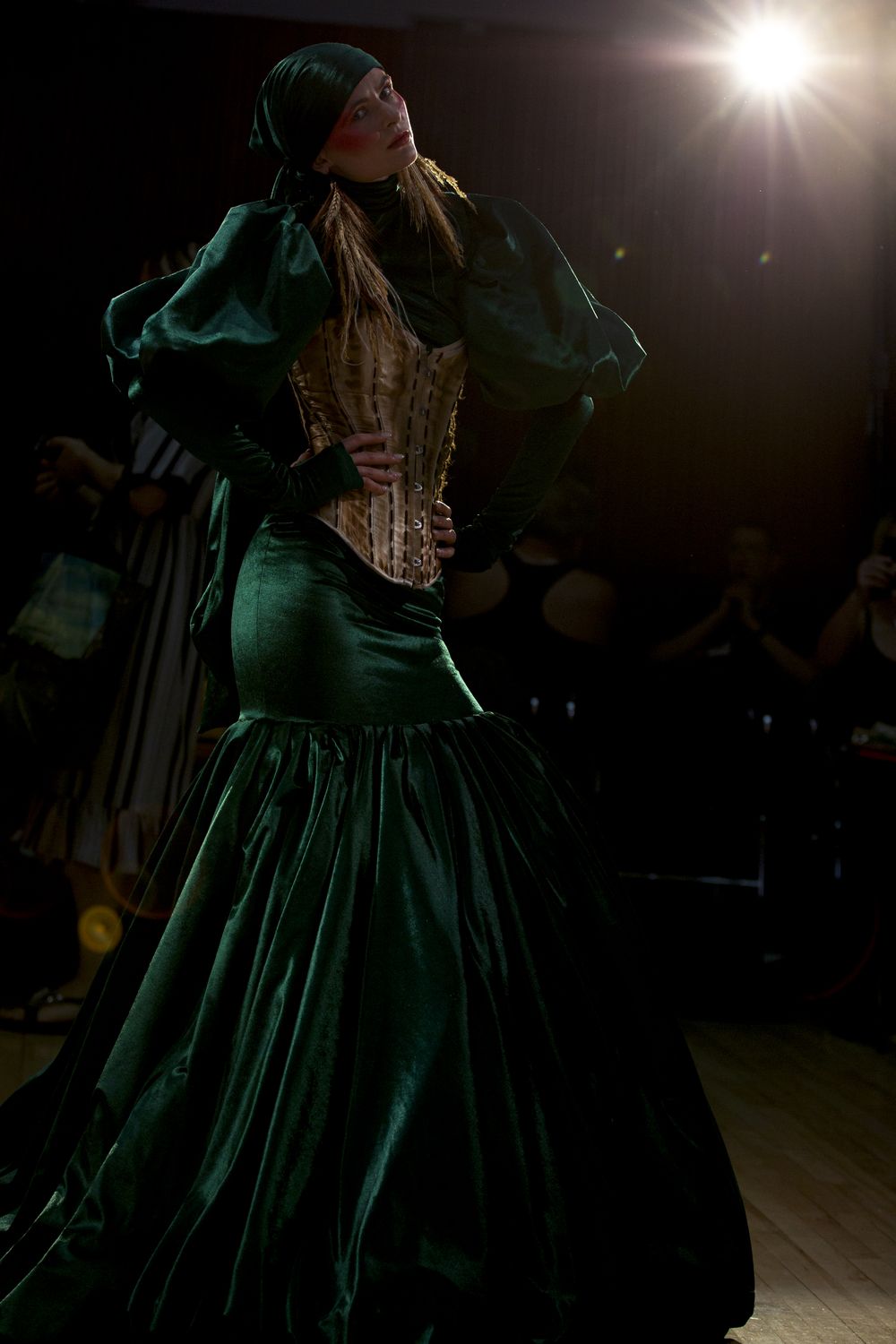 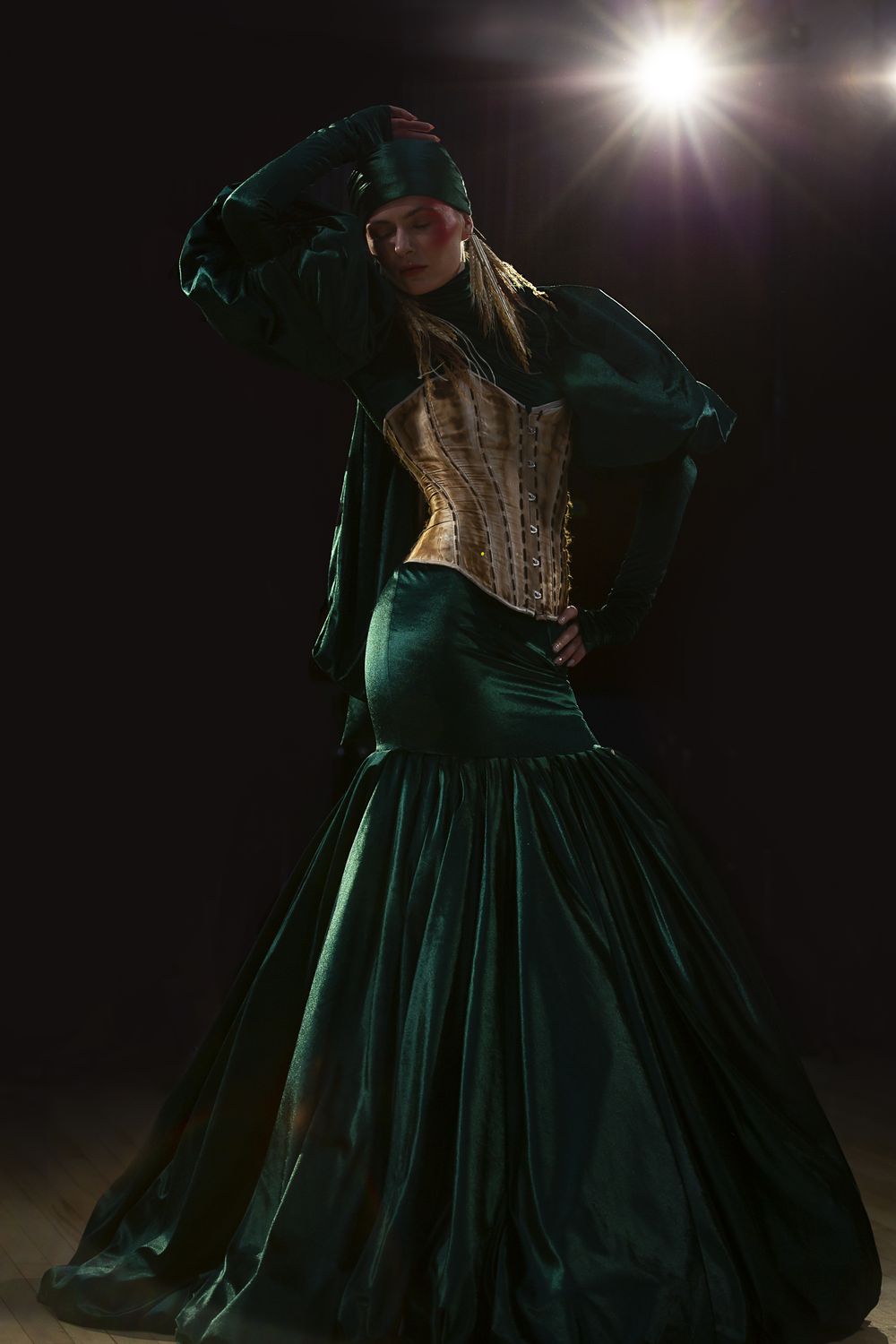 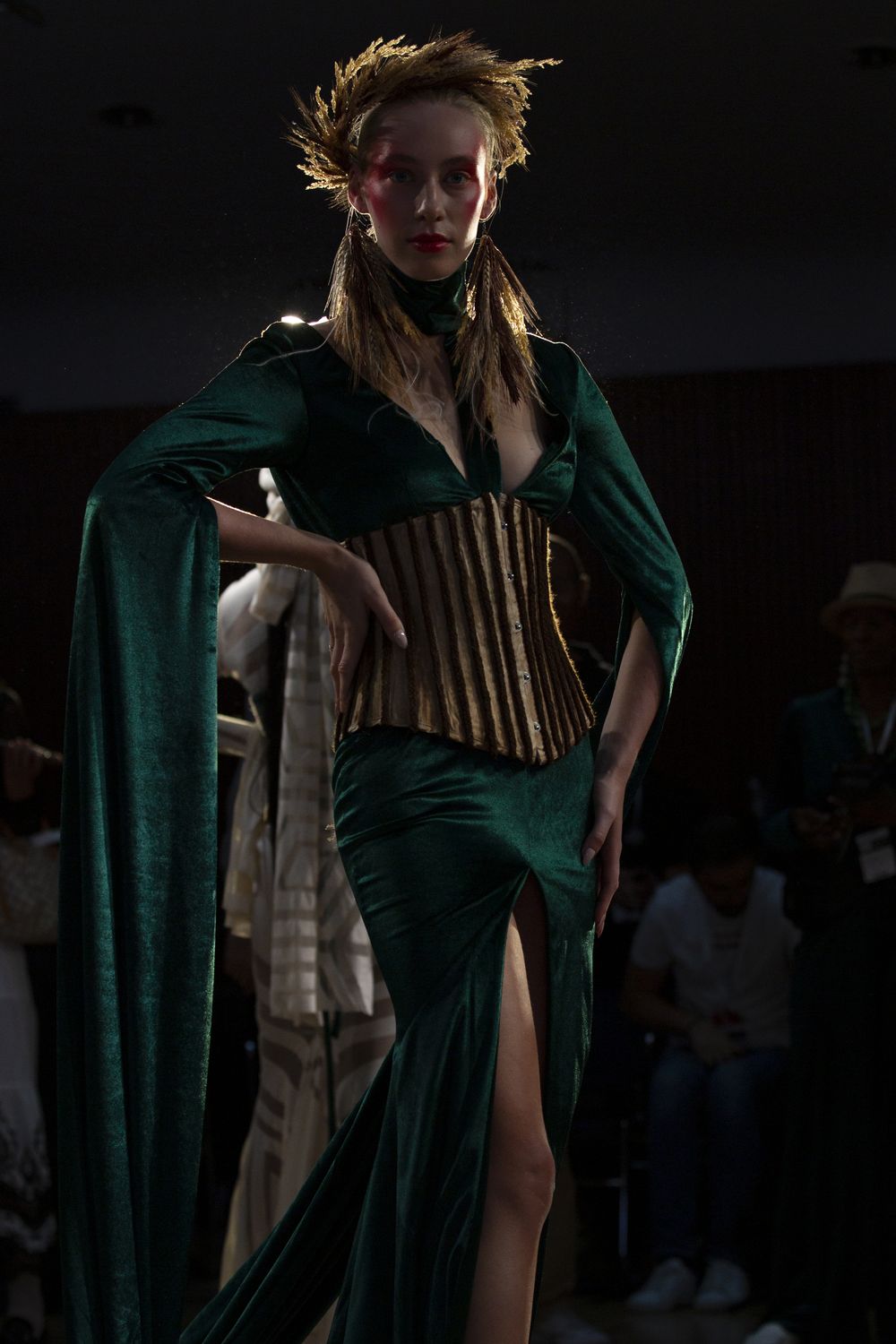 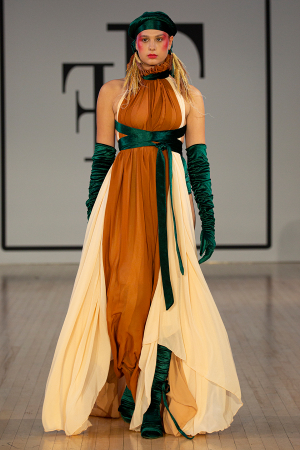 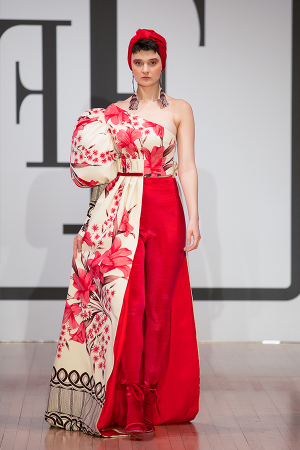 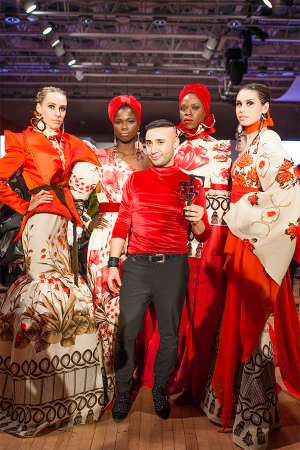 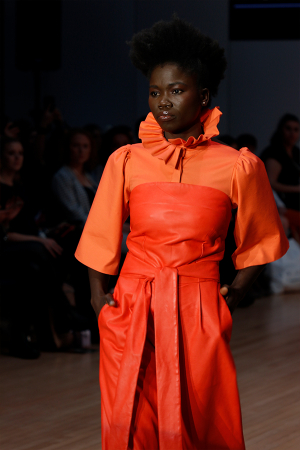 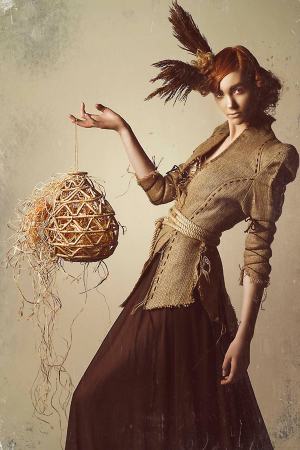 He studied Fine Arts Faculty textiles and fashion at Yeditepe University, Istanbul with first place honours and won scholarship for future studies. Whilst studying, he freelanced within many projects such as: corporate identity, stage and theatre costumes, adverts, films and music video costume designing.

He became stylist, image consultant and other fashion designing work projects carried out by him. His name became more popular when he teamed up with Tarkan who is a popular Turkish singer in the world, where he was designing concert stages and video costumes for him.

In 2010 he moved to London and he took some courses to upgrade to his knowledge about industry.

In 2012 he attended at London Fashion Week with his return Collection at “The Spirit of the God” as a first Turkish fashion designer.

His designs made from recycled and environmentally, friendly materials that will inspire also his Haute Couture show. This is what sets him apart from other designers. He has ethnic approach to fashion and his designs are eco-stylish.

He is now based in London and continues to design in the same spirit under his name of Tuncer Tonun Couture. At present he is working on a new collection of Haute- couture and evening dresses for his showroom, conceptual designs and fashion shows.