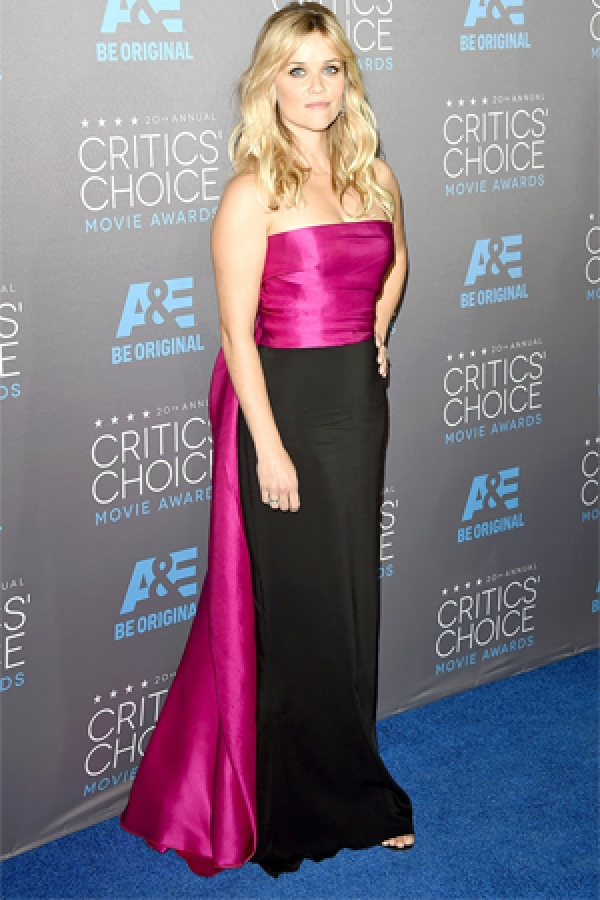 We are well and truly into awards season now. The 72nd Annual Golden Globes last Sunday were amazing, with some stand out fashion moments courtsey of Amy Adams, Jennifer Lopez (who just doesn't seem to age at all!) and Emma Stone.


It was a great night for Brits too, with Eddie Redmayne and Ruth Wilson both picking up awards for their outstanding performances. And who could forget the fantastic hosts, Tina Fey and Amy Poehler who both seem to be getting funnier every year.

But attention was turned towards the Critics Choice Awards 2015 on Thursday 15th, a huge event on the awards calendar. Emily Blunt won best supporting actress for her portrayal of an action hero in 'Edge of Tomorrow,' while Michael Keaton was honoured with the best actor award for comedy movie 'Birdman.' An awkward encounter was avoided with Angelina Jolie and Jennifer Aniston who both attended the event. Luckily the two arch enemies arrived at separate times and sat at opposite ends of the room once the ceremony had begun. Yet both Jolie and Anniston looked absolutely lovely in their red carpet frocks with the former dazzling in a burgundy Gucci suit paired with Christian Louboutain heels. Angelina too was divine in a metallic silver gown by Atelier Versace, the designer who also created her unique wedding dress.

Reece Witherspoon was classic with a pop of colour in Lanvin while Emily Blunt was radiant in an Emilio Pucci red lace dress. Brits flying the flag in Hollywood such as Keira Knightley and Rosamund Pike sparkled in Delpozo and Valentino Couture respectfully, with Pike flaunting her post baby body only weeks after giving birth.

Winner Jessica Chastain showed off her white Antonio Berradi dress complete with floral details, Diane Kruger opted for Naheem Khan and Marion Cotillard wore Christian Dior whom she is brand ambassador for. Felicity Jones was also another stunner in a dramatic black Dolce and Gabbana gown with cut-a-way panels to show off just a little bit of flesh.

Overall it was an evening with style and glamour; a great lead up to the Oscars 2015 which will take place on the 22nd February and a strong indicator of who the big winners will be taking home a prestigious Academy Award.

View the embedded image gallery online at:
https://www.fashionsfinest.com/fashion-trends/item/3901-critics-choice-awards-2015#sigProIdac750e51c3
More in this category: « British Fashion Awards 2014: Winners Grammys 2015 »
back to top