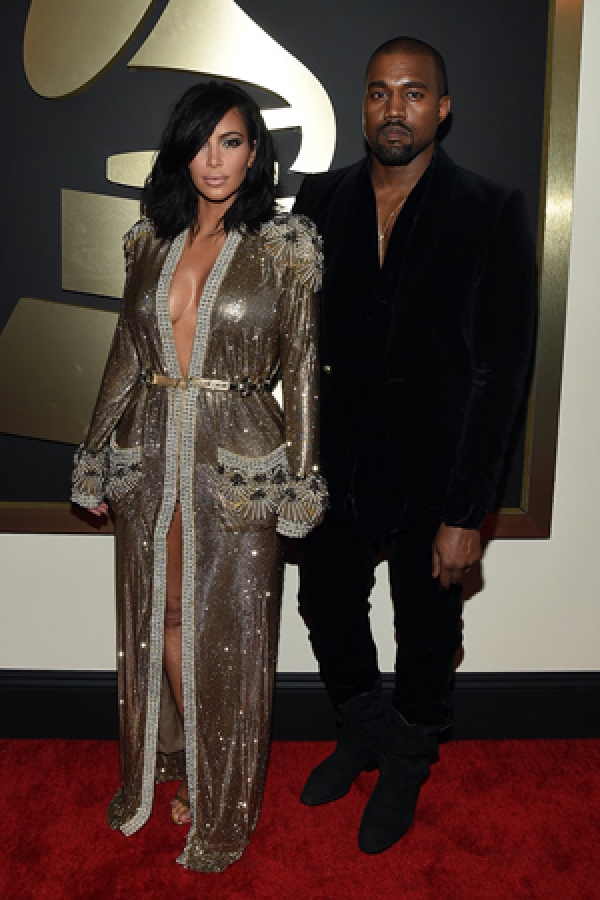 With performances from Rihanna, Paul McCartney, Beyonce and Madonna to name just a few, this years Grammy Awards celebrated the best in music.

Sam Smith was the big winner of the night, picking up the awards for both Record of the Year and Song of the Year, while Beyonce scooped herself 3 awards for her RnB performances. The big surprise of the evening was Beck who won the Album of the Year award, which caused a social outcry on Twitter as well as a move from Kanye West who pretended to collect the award on Becks behalf.

In terms of fashion, the ladies were out to impress. Taylor Swift looked wonderful in a duck egg Elie Saab ball gown, Nicki Minaj flashed some cleavage in a daring black Tom Ford frock while Madonna shocked in a skimpy Givenchy outfit. Rita Ora surprised fans with her new shorter hair while wearing a beautiful metallic Prada dress and Rihanna (who arrived fashionably late) wowed with a gigantic pink Giambattista Valli couture gown. Kim Kardashian – who also showed off her shorter lock, dazzled in a Jean Paul Gaultier dress, Beyonce came in a custom made Proenza Schouler black frock and Lady Gaga decided on a Brandon Maxwell silver encrusted gown. The belle of the ball had to be Katy Perry though, who arrived wearing a beautiful Zuhair Murad gown complete with Sophia Webster heels. Overall, an amazing night which celebrated and honoured the best in world music.

Record of the Year
Sam Smith – "Stay With Me (Darkchild Version)"

Song of the Year
Sam Smith - "Stay With Me (Darkchild Version)"

View the embedded image gallery online at:
https://www.fashionsfinest.com/fashion-trends/item/3925-grammys-2015#sigProId064639e63e
More in this category: « Critics Choice Awards 2015 The Tony Awards 2015 »
back to top