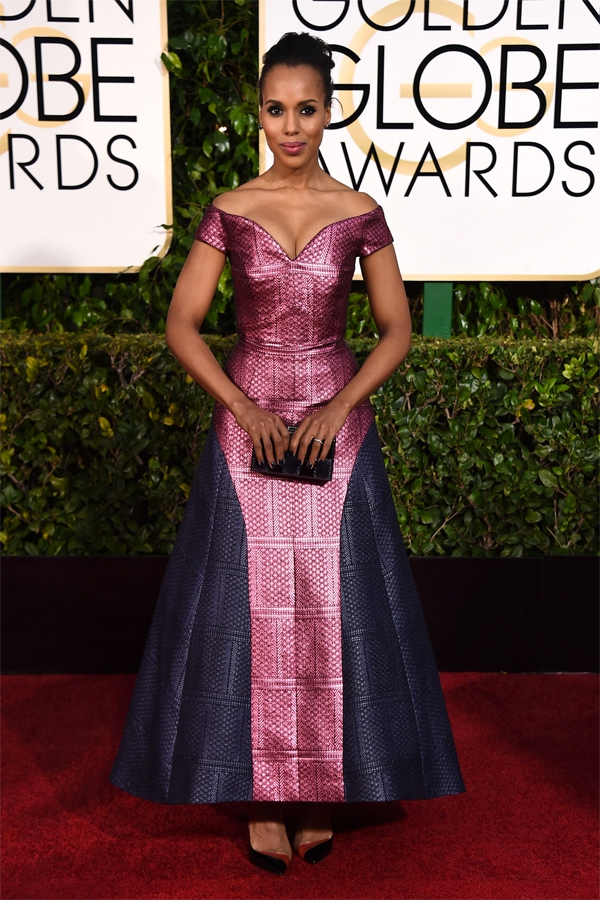 It was an evening full of amazing red carpet fashion, successful winners, inspiring acceptance speeches and a Ricky Gervais, who played witty host for the evening. It was an emotional night for Leonardo diCaprio, who was treated to a standing ovation after accepting his Best Actor award for 'The Revenant,' while Lady Gaga was in a state of shock after she won the award for Best Actress in a limited series for TV. She looked radiant in a black Versace dress with her blonde locks swept up into a sophisticated style like an old Hollywood movie star.

It was no surprise that Jennifer Lawrence picked up another Golden Globe this year with her stunning performance in 'Joy' while British actress Kate Winslet won an award for Best Supporting Actress for her role in the Steve Jobs epic. Matt Damon, Sylvester Stallone and Taraji P Henson also picked up awards for their acting roles, while 'Writings on the Wall' from the movie Spectre, won Best Original Song, beating Elie Goulding's 'Love me Like you Do' from Fifty Shades of Grey and 'See you Again' from Fast & Furious 7. Quentin Tarantino accepted the award for Best Original Score on behalf of legendary composer Ennio Morricone for his soundtrack for the Western hit 'The Hateful Eight' while Amy Schumer and JLaw got the audience laughing when they came on to present an award.

Overall, it was a fantastic evening and a nod to who will be lucky enough to win big at the Oscars this year. As always, fashion was a big talking point and the question of which designers were featured on the red carpet. We saw a lot of colour on this years red carpet, Jennifer Lawrence wore a crimson Dior gown with a sparkling silver choker, Julianne Moore looked amazing in a midnight blue Tom Ford gown, Amy Adams rocked an orange frock complimenting her fiery red hair while Gina Rodriguez in Zac Posen went for a deep shade of blue. Kate Bosworth looked radiant in Dolce & Gabbana while new star Alicia Vikander wowed in a simple white Louis Vuitton dress. But the real star had to be Jennifer Lopez, who once again pulled out all the stops in a sweeping yellow Giambattista Valli gown, complete with an elegant cape.

Cate Blanchett dazzeled in a pale pink Givenchy dress from the spring/summer 16 collection, Emmy Rossum looked majestic in red Armani Prive and Rosie Huntington Whiteley went for a plunging beige gown for the awards show, accompanied by boyfriend Jason Statham. However, not every celebrity got it right on the night. Twitter reacted immediately to Jane Fonda's frilly dress, Katy Perry's pink Prada dress did little to flatter her figure while Kate Hudson's Michael Kors crop top/skirt combo made little impact.