Street-wear In 2018: A Small Industry Insight

Street-wear is a movement and trend that is heavily and rapidly changing the fashion industry.

With many different brands trying to make an impression in the market, some titans have declared themselves as the biggest street-wear brands in the world. Different indie designers like Virgil Abloh, CEO of Off-White and Artistic Director at Louis Vuitton, were able to create successful brands from nowhere, by embracing the concept that stands behind independent creations: originality and extravaganza.Let's break down who the biggest influences on street-wear are today:

Virgil Abloh is a man who needs no introductions: being known as Kanye West's creative director back in the days, he was already a big personality in the creative industry. When he started his first brand, PYREX Vision, back in 2010, the world thought it was a simple indie brand which was going to die in a matter of weeks. However, the brand’s first collection didn’t only sell out in a couple of weeks, but it also gave Abloh the knowledge to create the colossus that is known, nowadays, as OFF-White.

In 2017, Virgil became Louis Vuitton's creative director, taking Kim Jones' place in one of the biggest fashion brands in the world.

Many know Gucci as the high-tailored, handmade Italian brand that shaped an entire industry a couple of decades ago. During the last couple of years, however, Gucci has embraced the street-wear trend with incredible results: not only they were able to sell out the entire "Spiritismo" collection in a matter of days, but they were the most sought after brand offering street-wear garments during that time (circa 2015). Gucci is more than a brand, really: it's a status quo.

What About Accessories And Swimwear?

The biggest street-wear accessories to come out of 2018 is the shoulder bag, or fanny pack, as some may refer to it as. Although no new invention, the fanny pack was given a complete overhaul and designers such as Alexander Wang, Calvin Klein and Nike transformed it into high-end fashion and a must-have street-wear accessory.

Every year, as the summer season approaches, luxury swimwear becomes a hot topic of conversation. Contrary to main clothing lines, swimwear has become quite an indie matter: smaller brands are, in fact, the top players within this section of the market. Italian Chiara Ferragni, for example, also known as Theblondesalad, created a swimwear line from nowhere which sold out in MINUTES, confirming that the branding process walks closely with the designer himself.

Of course, brands like Supreme, BAPE, Vlone are still the top players in the business, but that, of course, is not limiting all the other smaller brands who are emerging from nowhere. A couple of them, just to reference, would definitely be KITH and Comme Des Garcon, who have, despite large competition, grown a lot in the last couple of years within the street-wear scene.

As mentioned, street-wear is a matter of perspective: many see smaller, upcoming designers as a threat and many others are seeing them as the fresh air that will spice up the game. 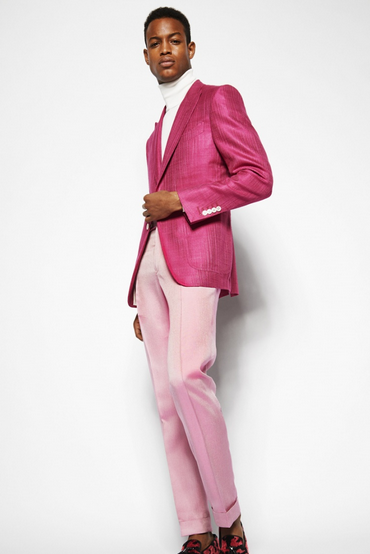