What is wrong with Black People?...

I know that I just did a blog yesterday about AFWL but as I was going through the AFWL Facebook fan page I came across a comment left by a gentleman and it related to this picture. 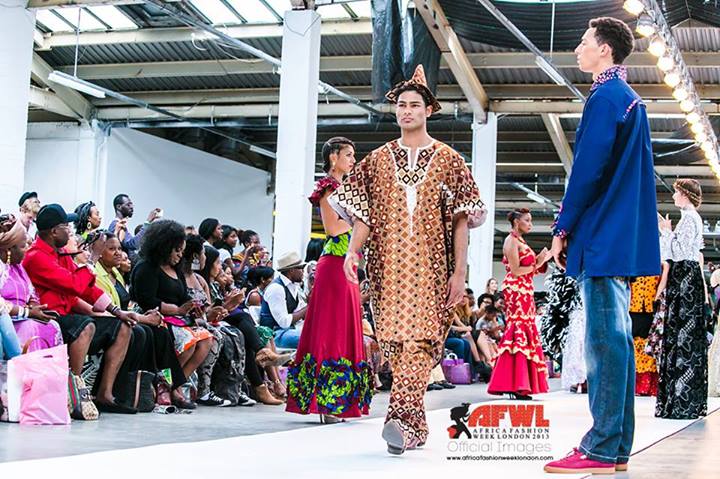 The comments he left underneath the picture were as follows (I have left the comments unedited);

"i thought this was african fashion week so where are the africans... take a leaf out of burberry, calvin klein etc So why dont we see more and its only the token one we see yet on ours we give even a bigger proportion. Im well in tuned with the fashion industry and had friends turned down for syupid reasons. Why call it African week then. Hello well if 95% of your models are African then lets see more of them as those u keep on publishing do tally with your response. I am not being misled by the colour of the skin and fully aware there are whites not only in South Africa but also in the eastern part of Africa. I am not alone who noticed this but friends of mine also but have decided to reserve their comments. In future think about what the African event stands for as if it was European or other parts of the globe this would of been considered and equality would not come into play. Its just an advice not a criticism pls note"

I love it when he says its just advice and not criticism - according to the English Oxford Dictionary Criticism is deifned as "the expression of disapproval of someone or something on the basis of perceived faults or mistakes" ok I know I am Nigerian and my English is not very good, but to me it sounds like his comments fall under the definition of criticism but who the hell is he to give us advice; when he is spending the money AFWL spent on the show, or he becomes a sponsor or is one of the 100's of people that worked on the show or better still he actually attended the show, then I would very much welcome his advice but at the moment I take it as criticism.

My View on the above:

Yes I am so going to rant, infact I have already started, as it riles me up big time that after all the effort that was put into AFWL and the money spent, the only thing this man could pick up upon was the fact that in his view we had too many non-African models or AFWL was purposely only putting up pictures of the nonblack models on the website and Facebook page.

Before I go on let me break it down for all of you with some hard core facts about the models used.

We had 38 models in total
So out of 38 models we have a total of 6 models that may not be considered black and that means that our show does not represent the name of the show - AFWL?

I am sooooooooooo confused, so he is saying that we must be like the rest of the world and discriminate against a good model because of the colour of her skin. AFWL is about being inclusive and we welcome models, designers and visitors of any colour or nationality and no matter what people say we would continue to promote all types of models and designers. It just amazes me that people can be so short sighted. I believe that if you have nothing good or positive to say then just SHUT YOUR MOUTH, it's not by force that you must say something especially if it is rubbish.

If he thinks that we did not do a good job then he should go spend £100k and do his own show. He stated that his friends felt the same way, well to that one I say birds of a feather flock together. I think his comments are disrespectful to all of the models not just the non-black models and gives the impression that we don't value our black models.

I have been working in this industry for over 35 years and I have fought hard to the detriment of my business and financial benefit (and I also think that is why I have not yet received my MBE), to make sure that black models, designers and black businesses are given a fair chance to succeed and to have someone say that we are favouring white people over our own, seriously pisses me off (I guess you can tell from my blog).

However I may be wrong and maybe when I was selecting the models I did have far more non black models than models of colour and if that is the case I am man enough to take the criticism, so please feel free to leave your comments on the AFWL page with your honest thoughts (this is the link).

I am particularly keen to hear from the models, designers and those that actually attended the show and once I see the feedback – good or bad I will do a part two to this saga.

For now I need to take a cold shower to calm down and for my readers that really let their thoughts go wild please note that is the only reason I am taking a cold shower.
Published in Blog
Tagged under
Read more...
Monday, 15 August 2011 18:49

Battle Of The Runway

Battle of the Runway UK is scheduled to take place on Saturday 27th August 2011.

Published in News
Tagged under
Read more...
Page 4 of 4