‘A Night of Diversity in Talents’

Fly on the wall documentary of the 2012 Fashions Finest Awards which took place at the City of Westminster College. The Awards were established to recognise undiscovered talent within the fashion industry.
Published in Videos
Tagged under
Read more...
Friday, 25 January 2013 02:34

Fly on the wall documentary of the 2012 Fashions Finest Awards which took place at the City of Westminster College. The Awards were established to recognise undiscovered talent within the fashion industry.
Published in Videos
Tagged under
Read more...
Thursday, 13 December 2012 18:49 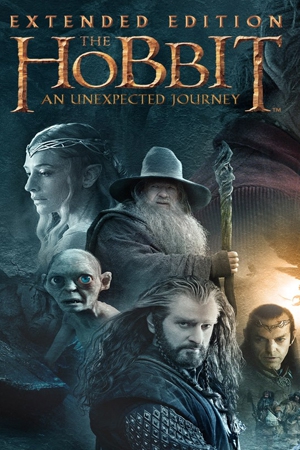 From Academy Award®-winning filmmaker Peter Jackson comes "The Hobbit: An Unexpected Journey," the first of a trilogy of films adapting the enduringly popular masterpiece The Hobbit, by J.R.R. Tolkien.

The Fashions Finest Showcase, part of London Fashion Week September 2011. Shot at the Westbury Hotel in Mayfair - Part one of two.

Love Love By Take That

Annoyed Last Time & Unwell This Time - What is Going On?

I am very unwell, for the first 3 weeks it started off with what I thought was flu but 3 weeks down the line I no longer have the cough but I still have serious aches and pains and all of my joints are paining me and I just cants get rid of it. It is that bad, that I had to go and register with a doctor – yes I know how can one not be registered with a doctor, I have not been registered with a doctor for over 6 years and before that I only registered cos I was forced too and even then I never used the doctors so in theory I have not been to a doctor for over 20 years.

I have no idea of why I am talking about my personal issues here, o yes now I remember, I went down to register with the doctor and it took 10 days to complete the registration and then I went back to fix an appointment and it took a further 8 days to give me a date that I could come back to see a doctor – seriously in that space of time I could of cured myself or died. Anyway as I write (I nearly wrote right) I am still in serious pain, but the show must go on.

Enough about me and lets get on to some more interesting things, its spring time and the weather flatters to deceive as the sun is shining and it seems quite warm and with spring time comes the event season in full force. 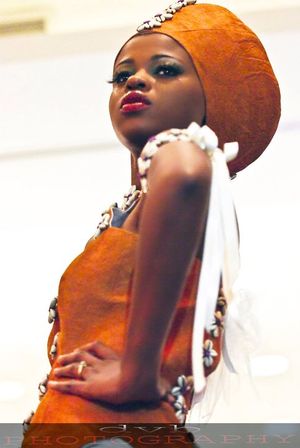 On Sunday 20th March we had our Mahogany Bridal Fashion Show and even if I say so myself and also based on feedback that I have received from exhibitors and visitors alike, it was a fantastic show – CHECK OUT SOME OF THE PICTURES. It also saw the debut collection of Nana Afua the current Top Model of Colour winner showcasing her collection under the design lable Adopted Culture - we wish her all the best as she strives to be a top designer alongside being a top model.

On that note I should also say well done to Iju who was the runner up of Top Model of Colour UK she was one of the few Nigerian models that was chosen to catwalk alongside all of the international models such as Aminata Ayinde (winnner of ANTM) at Arise Magazine Fashion Week that is a fantastic achievement. Makida Moka who also took part in TMC UK also featured as a model at AMFW. 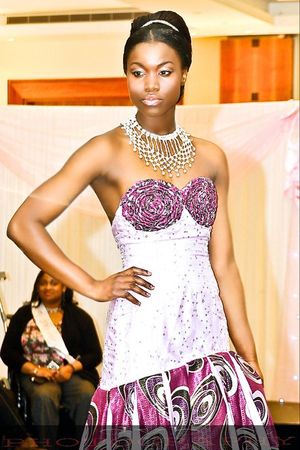 I took a trip down to Essex Fashion Week as Sherece Rainford of Sassi Pr invited us down. I really can't keep up with the fact that everyone is doing a fashion week. This is its first year and as such there was not too much to shout about, except when I walked in there I thought that I had entered the Orange mobile tent as it was awash with the glow of orange from the number of girls that had fake sun tans. That aside it would be interesting to see how it develops.

Saturday is the Young Designers Awards which has been going for a while now and has a way of discovering new talent. So believe it or not this year is going to be the first time that I am attending the event, so I will give feedback in my next blog.

AFRICA FASHION WEEK LONDON – 5 & 6 AUGUST – places still available to showcase – no fee to pay as places are sponsored for UK based designers – deadline is 31st MARCH. Email for an information and application pack.

Most of you know that I am an American Idol fan and last night it was Motown night on American Idol and my boy Jacob Lusk (see me talking as if I know him or he knows me), sang like a Mother F**k*rrrrrrr. That boy can blow, sorry I don't have the video from yesterday night to show you, but to give you and idea of how great he is I have included below the video from his audition. Tell me he can't sing, I dare you!


NEWSFLASH: AMERICA YOU GOT IT WRONG - its 5.31am in the morning and i have just finished watching American Idol the results show and it was a shocker as one of the best singers Casey Abrams was voted as not only being in the bottom 3 but was also received the lowest votes cast and it seemed that he was on his way home.

He was asked to sing for his life but only seconds into the song he was stopped by the judges who unanimouslyvoted to use their one and only save to keep in the competition. lucky him he will also be going on the tour - well deserved.

Not sure what happened with the voting this time round but America you got it wrong.

I so want to talk about Libya – but I can't – it pains me that I can't, it so so pains me – can you feel my pain? My views on western hypocrisy may get me sent to Guantanamo Bay.

I am not even going to mention his name as he is not worthy to have his named spoken in public but someone that can rape and assault elderly women needs to rot in jail till he dies, in my opinion that is too nice a sentence.

A fantastic actress was buried today and may she rest in perfect peace.

I feel that it is only fair that if I have a go at models for being unprofessional, I should also have a go at (some) designers for committing the same sort of unprofessionalism. My point is this, if I offer you a COMPLIMENTARY (you saw that I put it in capitals so that I could emphasise the point that the designer is not paying), place at one of my shows and then you tell me at the last minute that you can't do the show or even worse you do not show up, trust me I am going to black list your A**E (sorry but you have to fill in the blanks) and never again would you ever get a complimentary place in one of my shows, no promotions, no referrals and you would always pay full price if you ever want to be in one of my shows again.

It costs us a lot of money to put on shows but overall as the designer you get the real benefit of doing the show as you get the business, the kudos etc and just cos you got it for free you feel that you can just cancel last minute. You better believe it, that if you do that to me I know where you live and I will come for you.

On a serious note designers, models, creatives if you commit to something you must be professional and deliver and stay committed no matter what crops up, cos I know that if you paid with your hard earned money you would not be cancelling and the truth of the matter is that you are spoiling it for others.
Published in Blog
Tagged under
Read more...
Thursday, 17 March 2011 20:03

Razorlight have announced they will be playing a BIG London show this Summer, with details yet to be disclosed.

Published in News
Tagged under
Read more...
Page 1 of 2