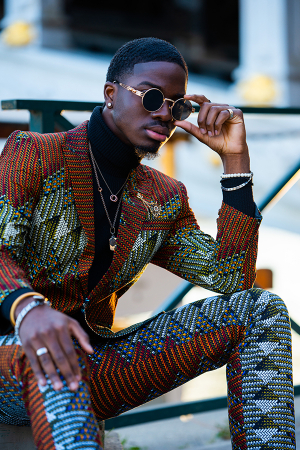 101 clothing is a unisex brand offering bespoke tailoring and specializing in kaftans, shirts, dresses, gowns and playsuits. One of a kind quality outfits made exclusively for their clients, using only the finest embellishments. Each order is handled personally by the creative director to ensure their clients get the expert attention and customer service they deserve. All bespoke outfits are tailor-made to suit individual body types, with reassurance that the choicest of fabrics, embroidery and professional finishing will be used to create the most stunning creation.

After having showcased at 25 international fashion events and taken part in 12 fashion awards Ludwig Henry O. Amponsah CEO, has been listed among the TOP 100 students in entrepreneur 2016 by Students and Youth Entrepreneurs Network a subsidiary of The African Network of Entrepreneurs.

101 Clothing has appeared in British Vogue Magazine UK, Glamour Magazine to name a few. They have also worked with personalities such as: 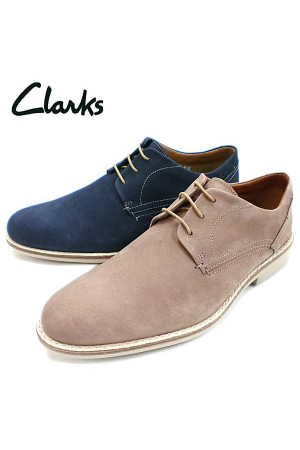 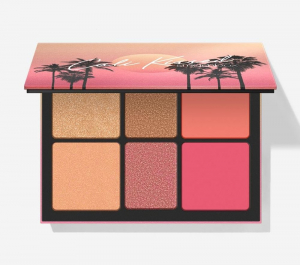 Smashbox have some exciting new giveaways coming, and we want you to be the first to get your hands on them! 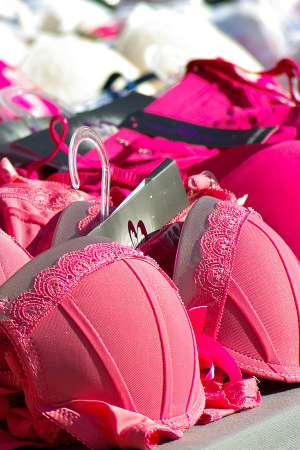 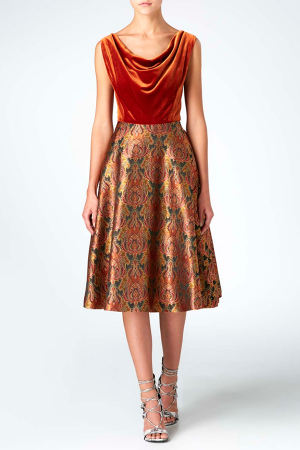 Caroline Beyll dresses are exclusive, distinctive and captivating. They produce flawless pieces that are sure to make every woman feel fearlessly stylish and most importantly confident.

Their designs are unique, fresh and elegant. They offer style that is timeless and their concept is simply to offer quality fashion that is fair, sustainable and desirable for all.

So stay ahead of the trends and be a timeless example of fashion at its best! 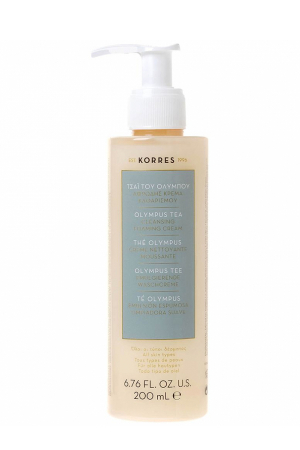 Korres, the Grecian skincare gods, have the ultimate treat for tea lovers, with their Olympus Tea Cleanser Collection.

No filter: how to get the Instagram ready look 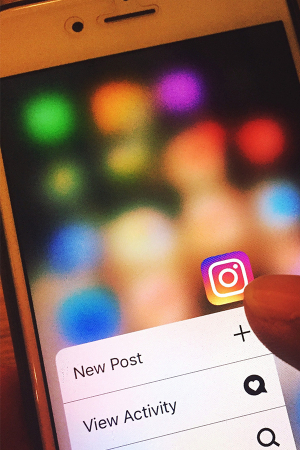 Scrolling through Instagram can be a double-edged sword. On the one hand, we see dazzling images which interest, inspire, and intrigue us. On the other, we can quickly become disheartened by the seemingly perfect images of our friends, family, and colleagues, not to mention the images from celebrities which we pour over.

We’re all ready for a holiday escape, right? When it comes to your mindset and the level of stress that everyday life tends to impose on you, you can probably land immediately into a luxurious beach chair with a mojito in your hand. You don’t really need to prep for that, you’ve been bracing yourself for that very moment of bliss for months now! However, when it comes to your skin, your nails, and your lovely locks, you could do them a favor by taking a few days to get ready for that upcoming lounging.

Now, before you say that all it takes is a single afternoon to achieve all of your holiday beauty goals, give this guide a chance. After all, you don’t want to find yourself rushing to get your nails done, get a decent haircut, and to get rid of all that unwanted hair – all the hassle might cause you to forget a crucial part of your prep! This way, you can start your holiday in style: cool and relaxed, and above all, stunning! 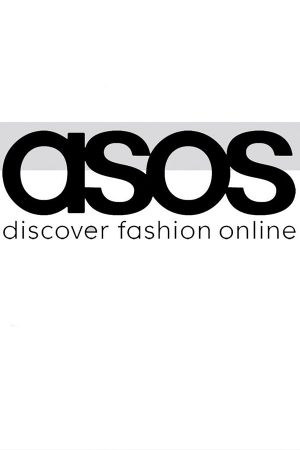 Have you ever wondered who the top Fashion companies or brands are? New research from, How To Dress Like, has analysed global search data has reveal every country’s favourite fashion brand.

Style At The Met Gala: Best Looks Over The Years

We’ve been preparing for the Met Gala all year round. Some of the famous faces we know and love will take to the iconic staircase, but before they enter the venue, our eager eyes will be watching. At the Met, occasion dresses have the power to break the internet, and the biggest statements made are the ones we remember most.

We do love a bit of outrage hough, maxi dresses retailer QUIZ’s select a few celebrities who have shaken proceedings up with their outfit choices.

The Style of Marc Jacobs

This guy started out in the fashion industry when he was just a teen and hasn’t looked back since. Known as the ‘boy wonder’, he led the grunge era which decorated the pages of all major glossy magazines throughout the 1990s. Often, Marc Jacobs has spoken about the influence that his grandmother had on him, encouraging him to grow his hair long and learn to knit. He commends her for allowing him to pursue all avenues of self-exploration, and he once said ‘’No one ever said you can’t be a fashion designer […] No one ever said, ‘You’re a boy and you can’t have long hair’”, and Jacobs has continued to live by this sense of freedom. Unknown to many, Marc Jacobs is also the creative director at Louis Vuitton, achieving a gross revenue of $5 billion, by branching out into luggage, accessories and a new clothing range.

In 2012, he attended the Met Gala wearing just a black lace dress and white boxer shorts! He stated that his outfit choice was made in order to avoid being boring, and the Comme Des Garçons dress was far from lacklustre. Jacobs may have downplayed the statement himself, but the dress threw convention out of the window.

The Style of Rihanna

This girl wins at everything — from fashion to music awards. Rihanna was discovered by Jay-Z during his time as president of Def Jam Records, and offered an on-the spot contract by the music mogul. After being crowned the winner of Gilette’s Venus Breeze competition in 2007. She insured her legs for $1 billion, showing Rihanna’s tendency to never do anything in small measures.

.Her outfit at the 2017 Met Gala was a Comme Des Garçons creation, designed by Rei Kawakubo who was part of the inspiration for the overall event, ‘Art of the In-between’, paired with thigh-high tie up stilettos. No one does avant-garde like ‘Bad Gal RiRi’, and she followed in her own outrages footsteps from the years gone by: in 2015 she wore a canary yellow cape and exquisite headdress, celebrating the ‘China: Through the Looking Glass’ dress code. Bold is brilliant in the eyes of the unstoppable hit maker.

The Style of Madonna

Everyone is obsessed with Madonna, with an untouchable song catalogue and many iconic fashion choices. Her rise to stardom was unprecedented, inspiring young women to express themselves with her empowering anthems and tongue-in cheek lyrics.

She likes to be the topic of conversation too, always stirring controversary around her career. Madonna has embraced scandal throughout her career, and she continues to turn heads. She took the 2018 Met Gala by surprise with a shock performance, wearing antiquity inspired clothing to channel the divinity of the theme of the event, ‘Heavenly Bodies: Fashion and the Catholic Imagination’. However, her figure-hugging black lace ensemble back at the 2016 Met Gala was dismissed by many, but she used it as an opportunity to deliver a message to her critics. She repurposed fashion, making her statement about more than just clothes, with true Queen of Pop conviction. In an era where popstars emerge all of the time, Madonna continues to reign above the one-hit wonders.

The Style of Donatella Versace

This lady has had some astounding looks over the years. The artistic director and vice president of the fashion powerhouse which bears her own namesake is also a mother, model and muse. Madame Versace is a walking embodiment of couture, and she has carved her impressive career despite having no formal fashion education. In fact, Donatella had set her sights on becoming a teacher prior to becoming heavily involved with her late brother Gianni Versace’s thriving business.

She’s known to push fashion to the limit too. So much so that after the iconic Jenifer Lopez 2000 Grammy’s appearance, Google were prompted to create their image search feature, to deal with the demand for people looking to set their eyes upon the dress Donatella designed. Her garments have graced red carpets across the world worn by a whole host of famous faces, including Rosie Huntigdon-Whiteley, Serena Williams, Gisele Bundchen and Blake Lively. Despite this, Donatella can’t sew, and she has never produced a piece herself. Yet her breath-taking portfolio boats unrivalled extravagance, and it has secured her place as a leading force in the world of fashion.

The Style of Helen Lasichanh

Despite her preference to lead a private life, she has shone in the spotlight from time to time, wearing some vibrant pieces to express her unique style. She and her husband are quite the duo, their choice to wear coordinating plaid pieces to their own wedding in 2013 set a daring, experimental tone in their attitudes towards fashion. She and her husband are known to have twin wardrobes, with a shared love for UGG boots and Sacai duffle coats. Alongside setting trends, Helen Lasichanh is a mother of four, showing us all that you can do both.

With her 2017 Met Gala look, she became the topic of conversation on social media. Her Kawakubo garment was designed so that she couldn’t use her hands while wearing it, but she certainly captured the theme of the evening. The outfit blurred the lines of fashion as we know it, abandoning the classic silhouette in favour of an abstract, post-modern inspired figure.

What you need to know about the Met

Everyone pushes their limits when it comes to the biggest night in fashion. It is a regular feature in the calendar of all famous faces, and every arrival onto the red carpet is a spectacle in its own right. The media waited four hours to get a picture of Jay-Z and Beyoncé in 2015, taking to the grand staircase more than fashionably late. Outfits go beyond clothes at the Met, as proven by Cara Delevigne’s 11 hours’ worth of body art which she sported at the event in the same year.

Also, do you remember that iconic bathroom selfie? Instagram queen turned entrepreneur Kylie Jenner captured seventeen guests in the infamous shot in 2017. Anna Wintour’s efforts to enforce a social media and photography ban flopped, and Kylie and the gang broke the rule in style. With an approved list of 600 guests, how could the Met Gala not be outrageous? The evening is filled with fashion statements and bold characters expressing themselves, but controversy will never not be glamourous, and we can’t wait for this years’ instalment!