All Dressed Up with EDWARD CRUTCHLEY SS20

Edward Crutchley’s SS20 collection is about contrast and conversation.

“For me it’s a story of shifting and conflicting volumes. Looking back but thinking ahead. Elements of modesty counterbalanced with extravagance and sexiness,” Crutchley reflects.

Crutchley has very recently been added to the prestigious, Business of Fashion 500 list, placing him on the definitive professional index of the people shaping the $2.4 trillion fashion industry!

Edward Crutchley’s latest collection explores nostalgia without being nostalgic. He recalls a stuffy Britain aghast at Ikea’s 1996 ‘Chuck out your chintz’ TV commercial and celebrates the suburban style of Hyacinth Bucket in the BBC sitcom Keeping Up Appearances.

SS20 mourns the decline of the 9 to 5 uniform of the aspirational middle-class, and the idea of power dressing and play. The textile used for the collection has a formal flimsiness. A light, calendar-pressed wool flannel that Crutchley produced for his Woolmark Prize winning collection is used for suiting. The dynamism of viscose and silk satin are weighed down with twee pattern. Taffeta, flannel, mohair canvas and metallic printed lurex hold their form. Soft pastels move into deeper shades. Neutral beige becomes vivid black.

Hand-painted illustrations of Carolina Parrots by the American ornithologist John James Audubon are reworked in a frisky homage, and mid-18thcentury inspired damask print and jacquard are influenced by the vivid flora of eminent textile designer Anna Maria Garthwaite. 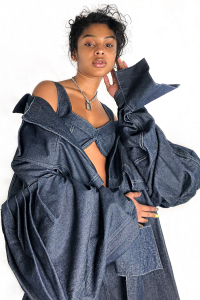 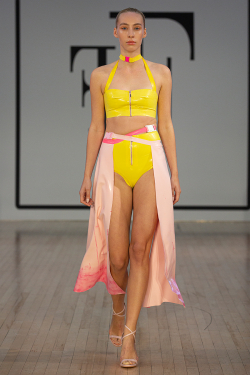 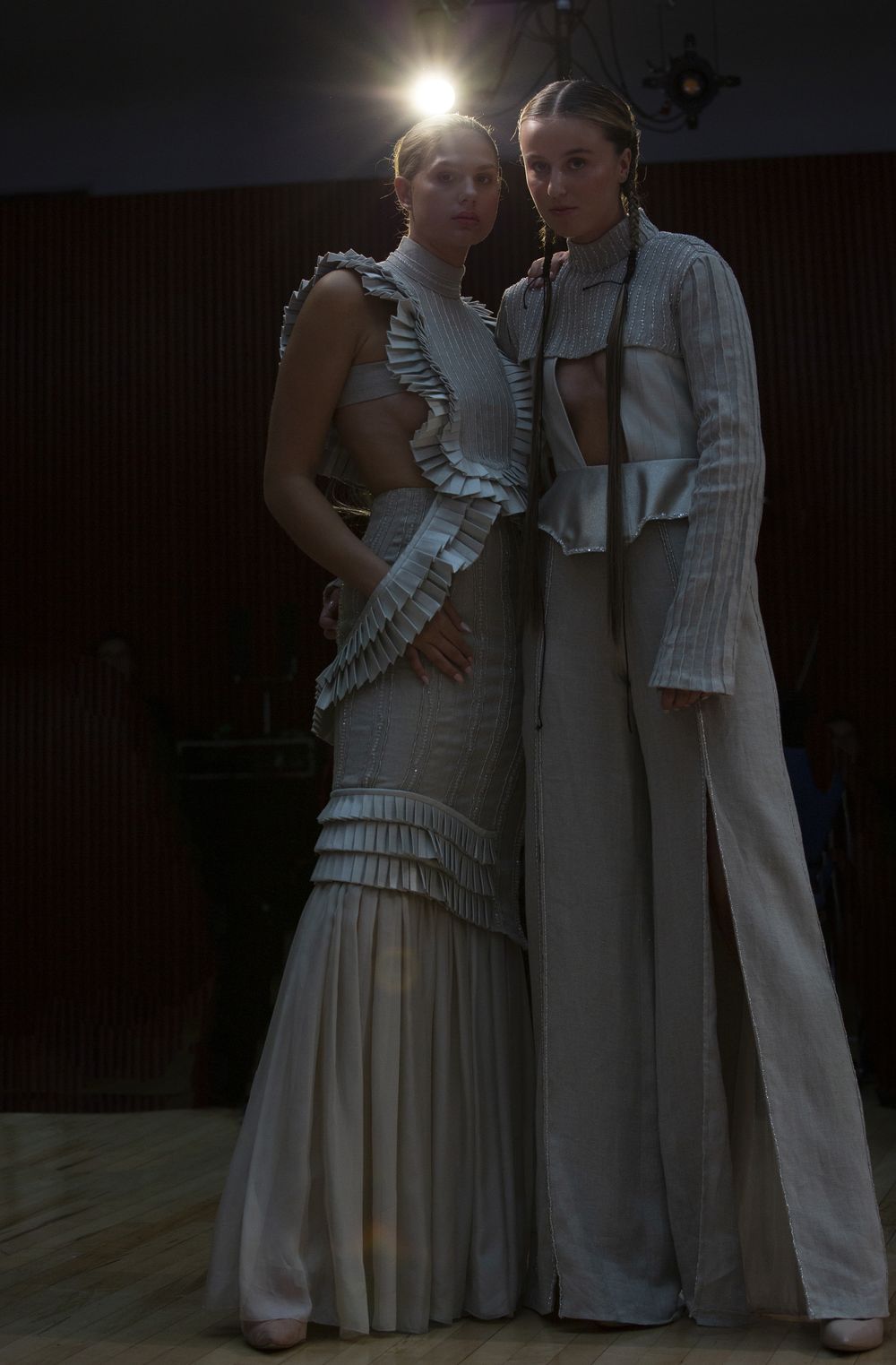 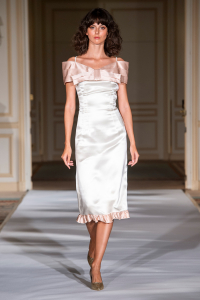 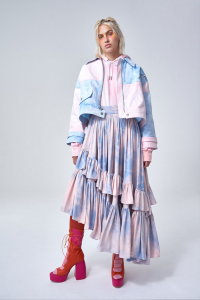