Top Model of Colour is Racist?

Let me get straight to the point here, is the Top Model of Colour competition a racist, outdated competition that is no longer needed as all models of colour now operate on an equal footing with Caucasian models?


I ask this question as I recently received the email below and it alleges to be from an African American, The Email; Written by Camille Schmidt


Ok, My personal Twitter to you, as an African American Woman, I'd like to know who why do you label your Moel Show, '' Top Model of Color?'' 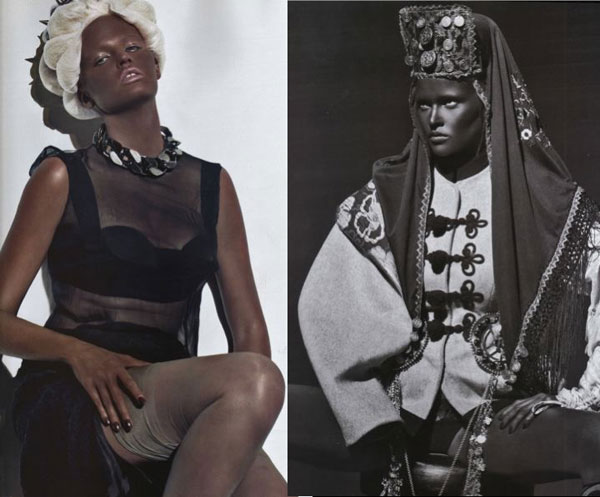 I mean who the f(*^(^^$ would say that or label a show that in 2011. The first Top Model of Color was Beverly Johnson (USA), back in the late ''60's early 70's and 40 years later these woman of Color in Britain & Holland are still letting you single them out? So by saying ''Top Model of Color'', you are basically separating the women of color from the European women. You are in effect saying that the women of color have to have their own show, they can't participate in ours, etc. Either you are too dumb to understand the reality of what your show is doing by labeling women of color as different, or just plainly prejudice!


Sadly, you have bamboozled Blacks in Europe who will let you label them, separate them; in this fashion! Wake up it's 2011. I wonder what Tyra would say???


Or please pray tell, is this a network designed to introduce more Women of Color into the modeling world? Please help me understand, because in 2011, any women of color has a shot at a regular modeling career, the same as a White woman.

"Over the past few years we have been trying to diversify the look we have on the catwalk – our creative director has been instrumental in creating a show which demonstrates the breadth of talent that exists at LCF but also the extraordinary diversity within our student body which reflects fashion in its truest and most international state. LCF has worked hard to provoke debate around body image, age, beauty and ethnicity – and we want this to be reflected in our shows.  Although there is plenty of evidence that the fashion world is changing we don’t think it is fast enough – and given that our students are the future of the industry we feel that it’s our role to be the ones to push boundaries.


But we feel that diversity especially amongst the models which are put forward for our shows by modelling agencies are not representative – hence the reason we’re looking to the public."

I have my views on both sides of the two emails but as always I look to you to educate me.

Tyra Top of Her Class

Tyra Banks is enrolled in the Harvard Business Sbool.