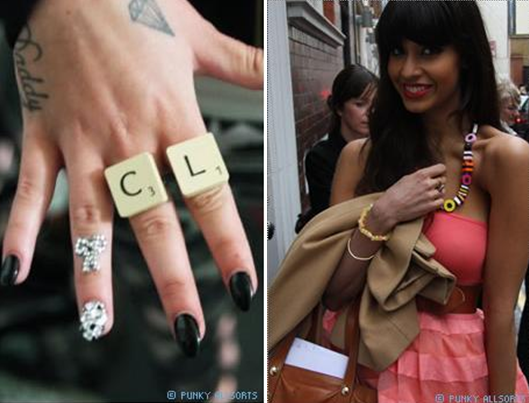 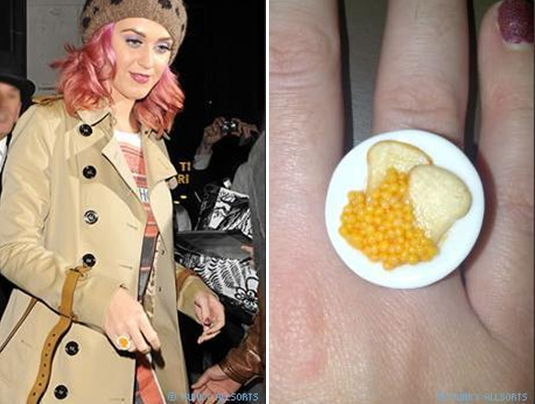 Now Katy Perry has joined the ranks! She can be seen here rocking her handmade Punky Allsorts Gummie Bear ring during her Teenage Dream tour. 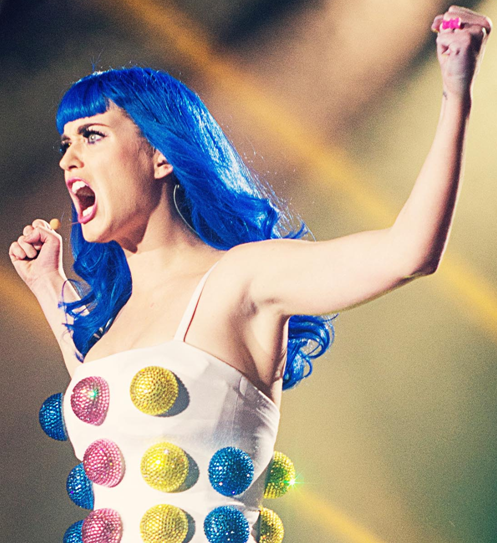 She’s also been papped in the cute beans on toast ring too. All jewellery is available from www.punkyallsorts.com and the Gummie Bear Ring is £8.95. 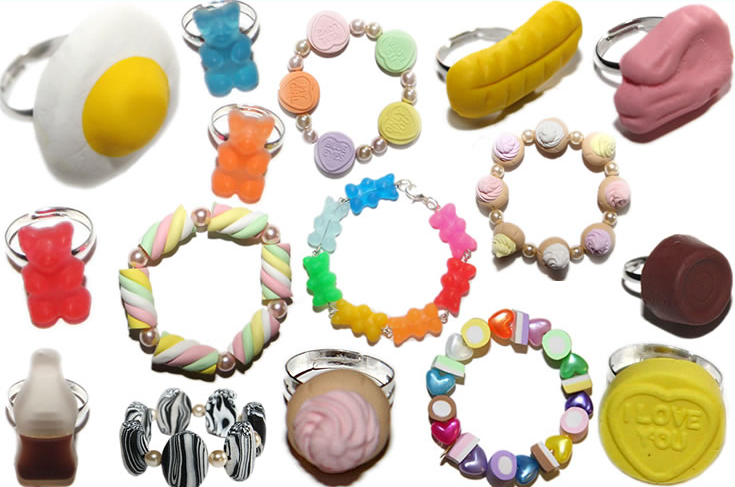 How Can Italian Vogue get it so Wrong...

I am a bit lost as to what to say or how to even start talking about the latest uproar that Italian Vogue has created. A few years back I was instrumental in making the Italian Vogue all black issue the biggest selling vogue ever. At the time I felt it was the right thing to do as they were promoting Black Models in a very positive light.
On the 5th August Italian Vogue published an online trend forecast suggesting that hoop earrings were coming back, calling their post "Slave Earrings" the earrings they were referring to are the trendy big hoop earrings which are commonly worn by black women.

The article stated ''Jewellery has always flirted with circular shapes, especially for use in making earrings," and "the most classic models are the slave and creole styles in gold hoops." "If the name brings to the mind the decorative traditions of the women of colour who were brought to the southern United States during the slave trade, the latest interpretation is pure freedom. Coloured stones, symbolic pendants and multiple spheres."

Lets break this down – Vogue were in their right to talk about upcoming trends but to call them slave earrings especially when it is well known that over recent years they have been commonly worn by black women is – putting it in nice simple English, not very nice. I am doing well nowadays as I have been able to keep my language extremely polite because if it was the old days I would have used far more choice words to say how I feel about their description of earrigs worn predominantly by black women – slave earrings. 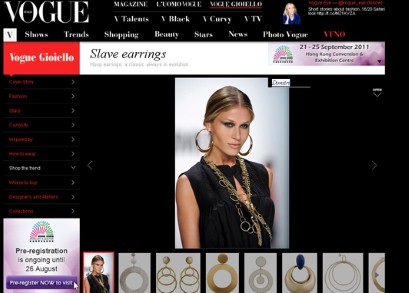 The good bit is as soon as the uproar started over the article Italian Vogue tried to talk their way out of it, Franca Sozzani, editor-in-chief of Vogue Italia, described the article as a "really bad translation". "The Italian word, which defines those kinds of earrings, should instead be translated into ethnic-style earrings," Sozzani said. Slave or ethnic to me they are just as bad, why are they not just described as earrings.

After doing some research, Schiavo, the word used in the initial story translates directly to "slave", while the Italian word for ''ethnic" is etnico. So once again not only do they feel it is ok to use derogatory terms about us but it is also ok to try and insult us by saying that when it was translated it was translated wrong – yeah right this is a load of crap and bulls*#t, sorry I have slipped back into bad language again. This is what such lame arse excuses do to me.
Please don't insult our intelligence just be upfront and say you messed up, you referred to what our women wear as slave earrings and you are sorry and you have removed the article and we are suppose to be ecstatic that after insulting us you have removed the article so we should just shut up.

The sad thing is that they would never ever write such articles that refer to the Holocaust in such ways but when it comes to people of colour it is always open season – I guess it is because generally we don't complain and we continue to buy such magazines even after they tell about ourselves.

A number of the comments floating around state that it is a racist article, I have kind of given up on racism as being an issue, because as stated above people of the world are allowed to say anything they like about black people and later apologise and everything is ok and in the process they get a lot of interest in their publication due to the controversy and then just say sorry afterwards and it quietly fades away. I say this because these sort of things are happening regularly and with no punishment to those that do it.

Congratulations to Charles Thompson on his MBE... 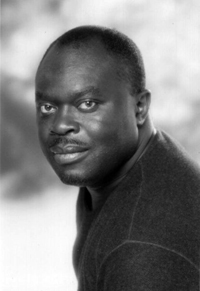 Thompson the founder of Screen Nation recently received an MBE for his Services to the Black Film Industry in the Queen's Birthday Honours List last month.

It is such an honour when people you know are recognised and rewarded for many years of hard work, hopefully one day I will get a MBE, yeah right, not likely. If I ever got one it is more likely to stand for Must Break Even.

Well done Charles and we wish you the best of luck at the star studded 7th Annual Screen Nation Film & Television Awards 2011 taking place on the 17th October at the indigO2, London

The 7th Annual Screen Nation Awards is the UK's only international Film & Television event celebrating the achievements of black talent and is broadcast on OH TV.
Published in Blog
Tagged under
Read more...
Saturday, 20 August 2011 12:53 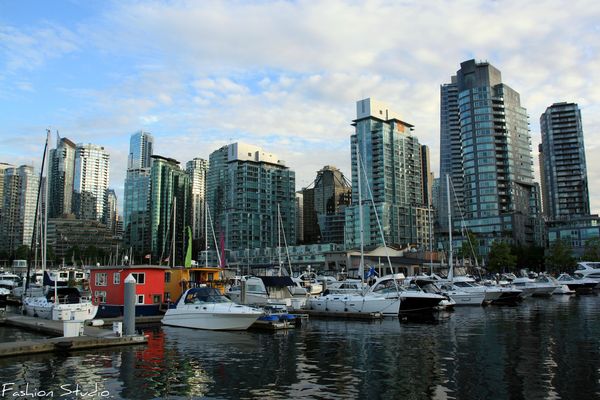 Vancouver is a coastal harbour city in British Columbia. It is the third largest city in Canada and it routinely tops the lists of the world's greatest places to live. With beautiful landscape and natural environment, interesting architecture, great restaurants, museums and galleries – it is definitely a destination worth visiting. Major film studios in Vancouver have turned the city into the third-largest film production centre in North America after Los Angeles and New York City, earning its film industry the nickname Hollywood North. Fashion scene in Vancouver has grown rapidly in the last couples of years, showing some fresh talent and innovative ideas. Local designers like Jason Malto, Malene Grotrian, Catherine Regehr or Obakki by Treana Peake are becoming more and more popular and recognized in the international markets. 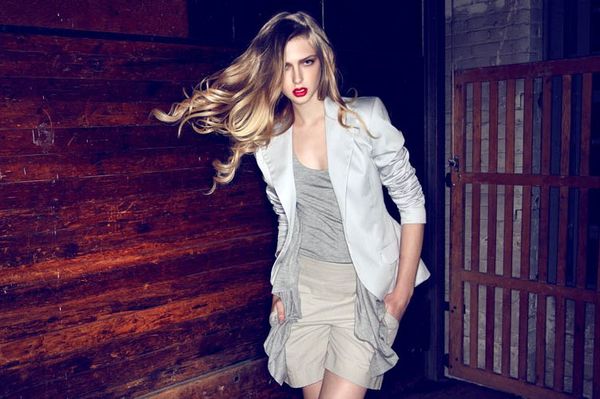 Robson Street – the main shopping street in the city – carries both designer brands and high street clothing chains. It is in fact one of the hippest shopping spots in Canada, where you can find everything from top-end vintage to fresh-off-the-runway. Robson street starts at BC Place and runs over 1.5 miles to Stanley Park. This unique street was named after John Robson, British Columbia provincial premier from 1889 to 1892, and it is considered one of the most expensive and trendy retail areas of Canada (next to Bloor Street in Toronto and Ste-Catherine Street in Montreal). With the eclectic mix of shops and restaurants, it is probably one of the biggest Vancouver attractions and a must-visit place for anyone interested in fashion. 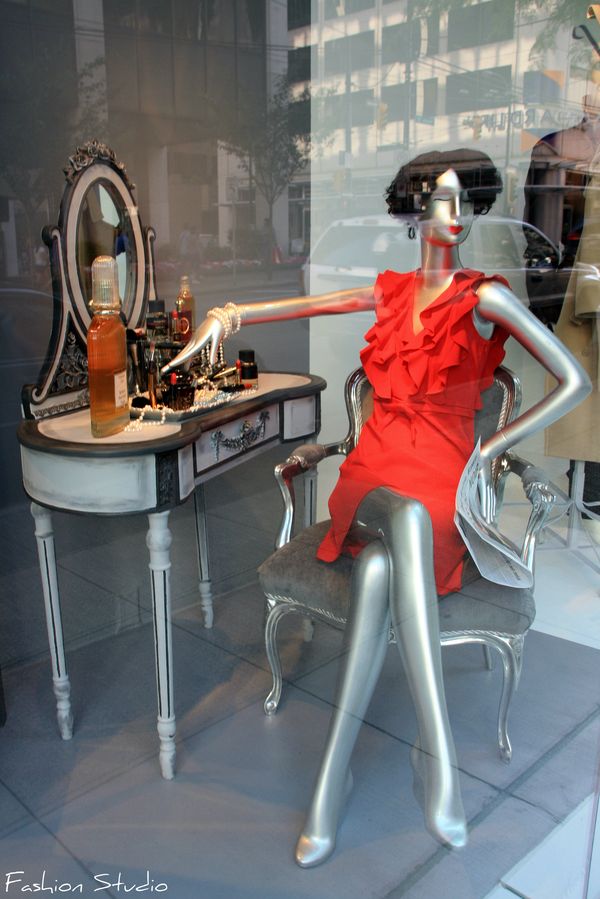 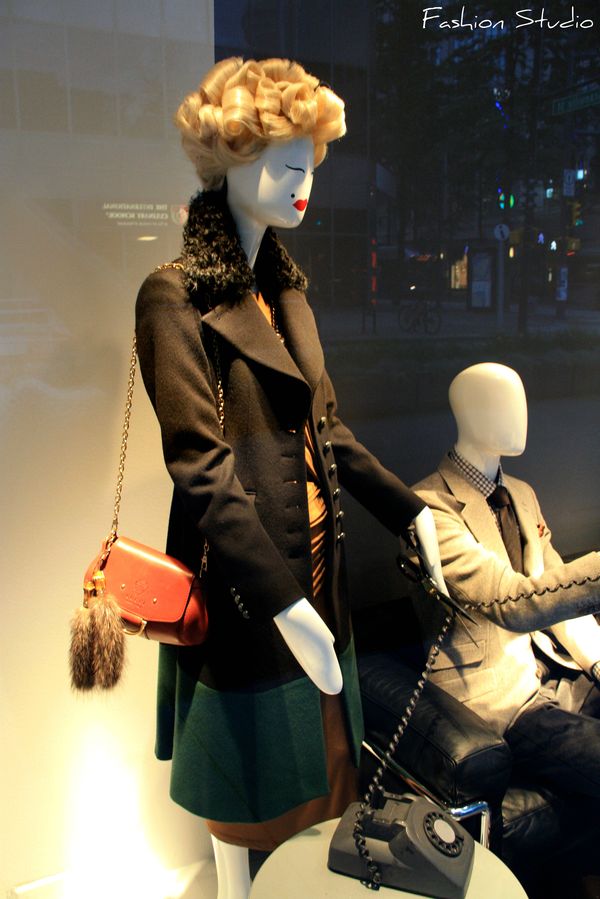 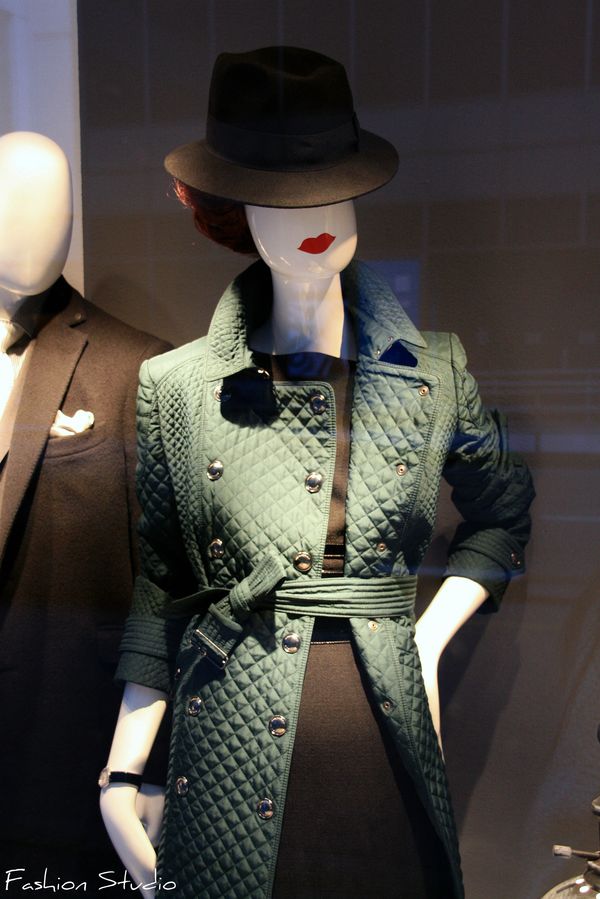 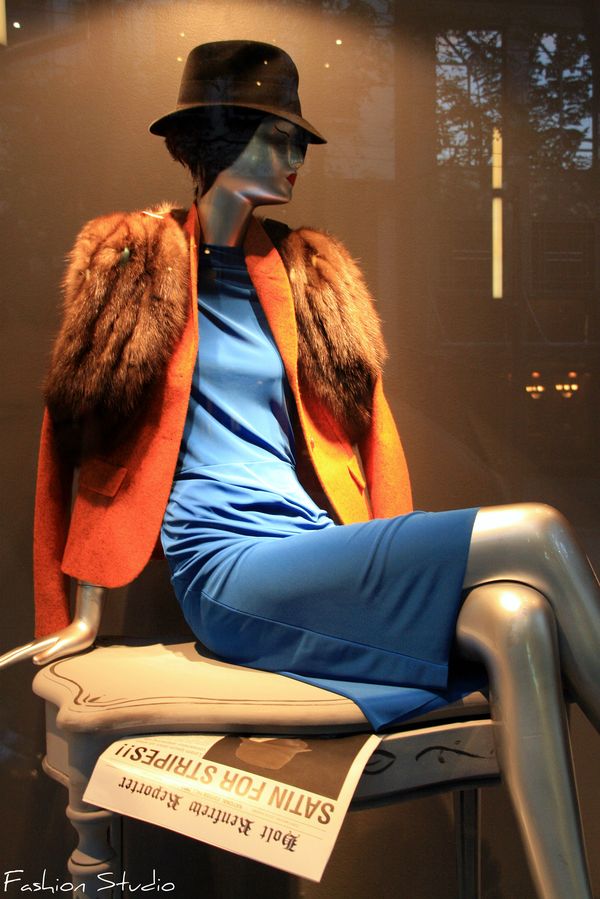 Yaletown – a trendy downtown  neighbourhood. Many of Yaletown's former industrial brick warehouses have been converted into super-hip clothing stores, designer furniture outlets and showrooms. This is one of the best downtown spots for locating the latest fashion: clothes, shoes and accessories.

Don't miss Atomic Model Boutique (1036 Mainland Street) – that offers young contemporary designers such as Alice & Olivia, Blur, Harkham, La Rok, Sass & Bide, and collections from all main fashion capitals. It is a one-stop shopping destination for trendy haute couture. Eden (#104-1042 Hamilton Street) – a high-end boutique with a vintage Victorian feel – has a great selection of fashion from the US, UK and Europe. 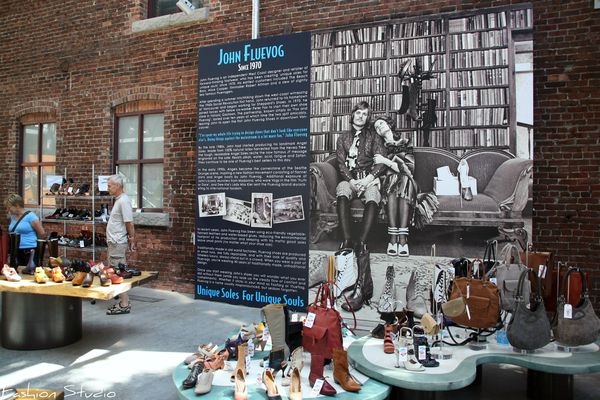 Gastown – the City's oldest neighbourhood – has changed enormously over the last ten years and is experiencing a true renaissance of style and design. This historic district is now home to independent art galleries, restaurants, nightclubs, souvenir shops, and stylish fashion stores with very unique interior design. Popular annual events that take place on the cobblestone streets of Gastown include the Vancouver International Jazz Festival and the Tour de Gastown international bicycle race. 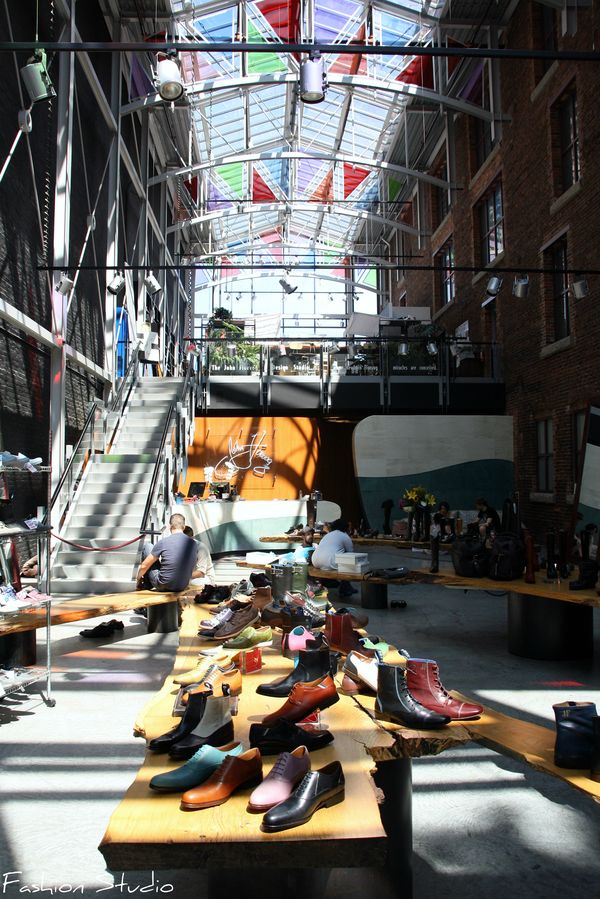 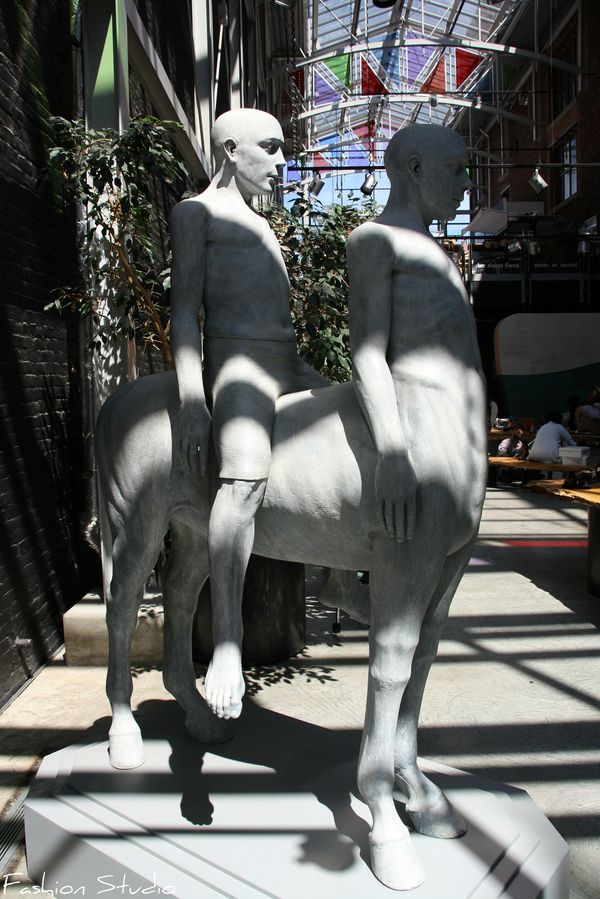 Chinatown – in the heritage area around Main Street and Keefer, you will find everything from fine embroidered linens to silk robes, exotic fresh products and delicious Asian cuisine. The summer weekend night markets are always popular and attract both locals and tourists looking for the freshly prepared Asian delicacies.

Chinatown in Vancouver is Canada's largest Chinatown. The “China Gate” on Pender Street was donated to Vancouver by the Government of the People's Republic of China following the Expo 86 world's fair, where it was on display. In addition to Han Chinese from Taiwan, Hong Kong, and
Mainland China, Chinese Latin Americans have also settled in this area. 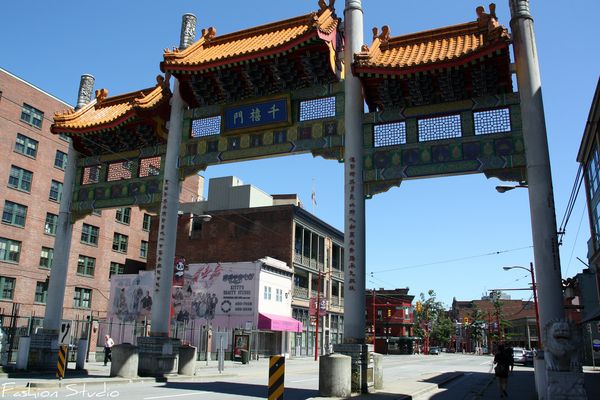 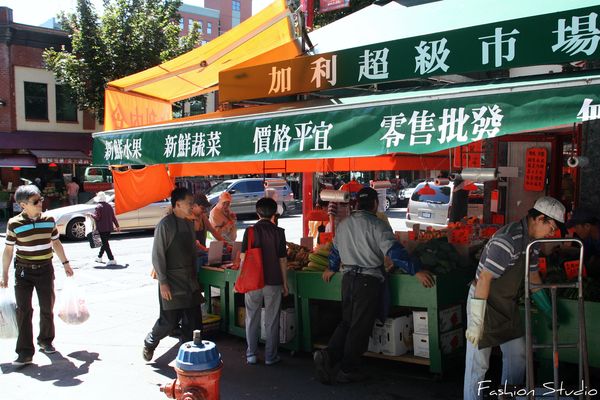 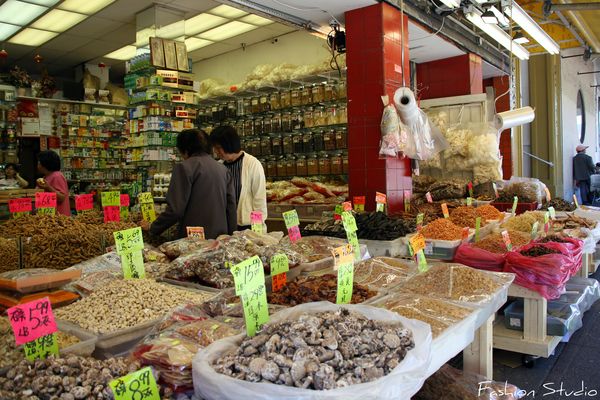 Vancouver is not only a stylish cosmopolitan city, but also a perfect place for all art lovers. The city offers a great selection of museums and art galleries with permanent and visiting exhibitions. There are many interesting sculptures located in the streets, and some great examples of modern architecture and interior design.

You can find many galleries specializing in Native Art, and offering some of the largest collections in Canada. Masks, clothing, prints, and carvings – the rich tapestry of cultures belonging to the Indigenous Peoples of the Pacific Northwest Coast. 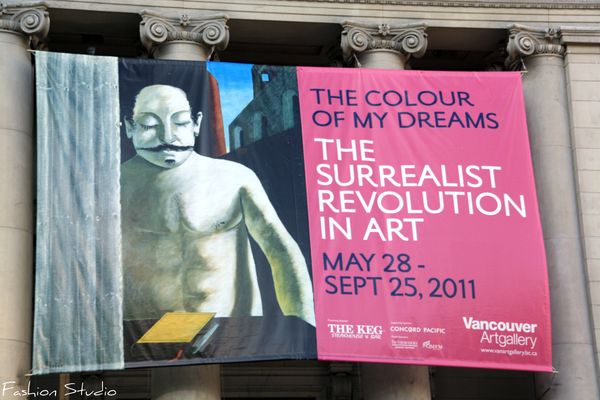 “The surrealist revolution in art” exhibition; Photo by Eva Fydrych 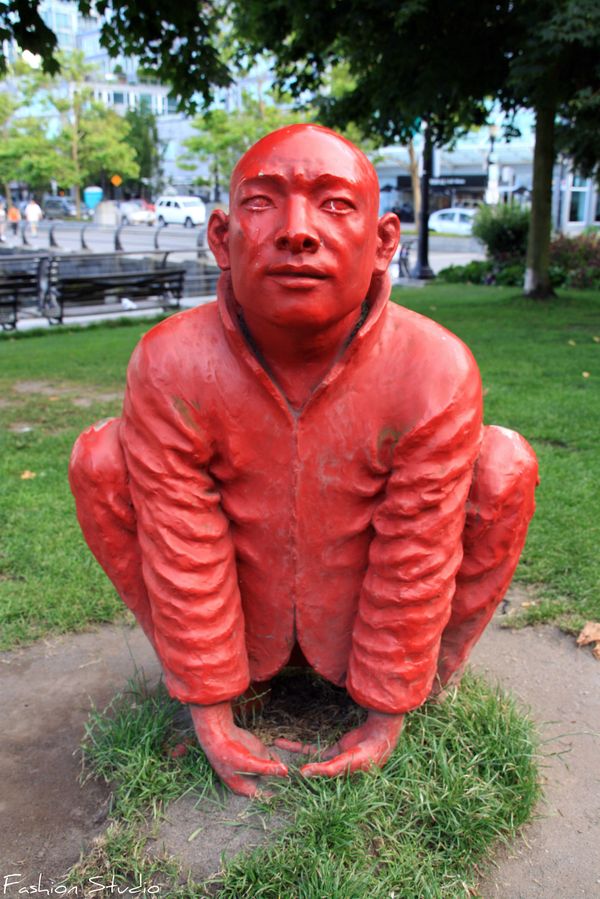 When it comes to local transport, there are many great ways to explore Vancouver. One of them is taking a funky tourist bus, painted in pink or red, that can take you to all main city attractions. Have fun! 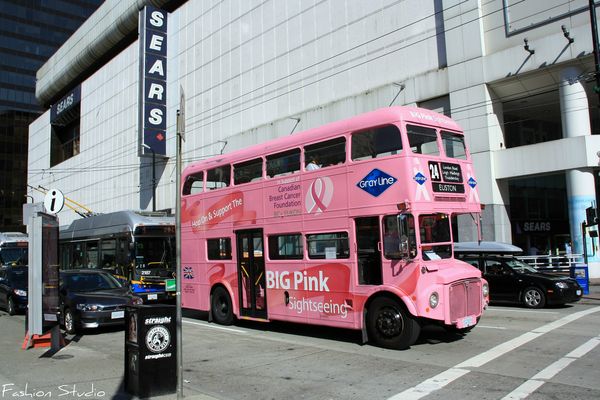 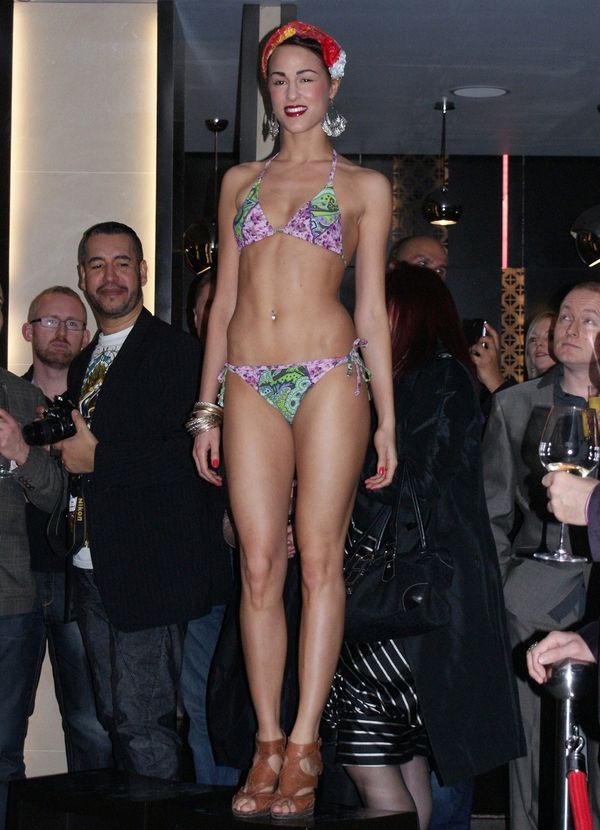 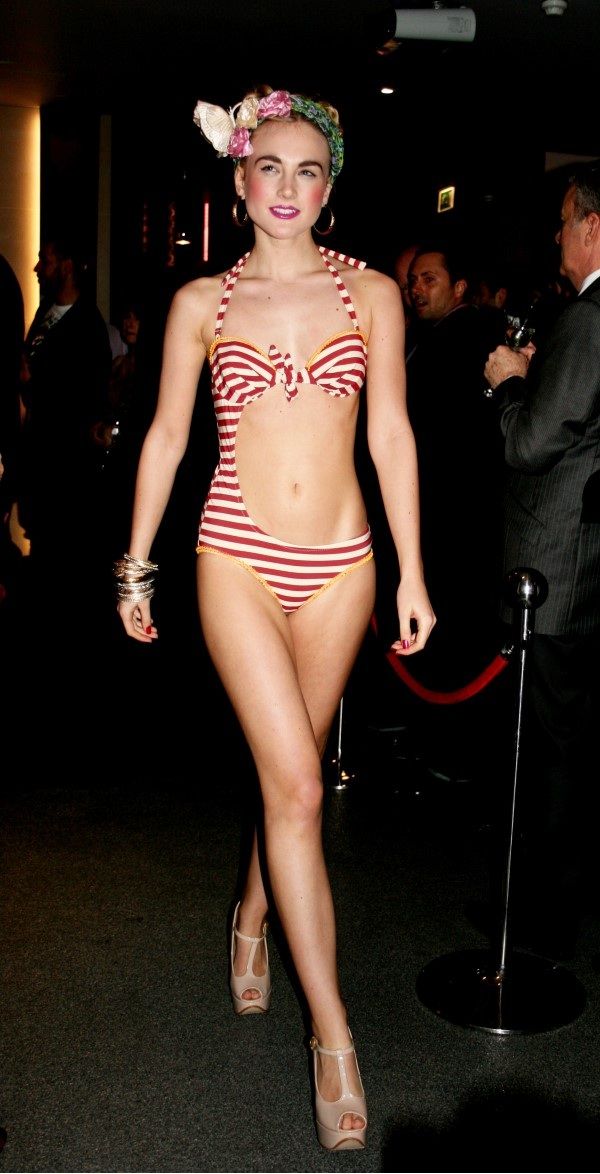 If your one of the many women who have been working out over the winter months In order to get your body right for your summer vacation then showcase it in one of Paolita sexy and flirty designs, and if you're not treat yourself any way. 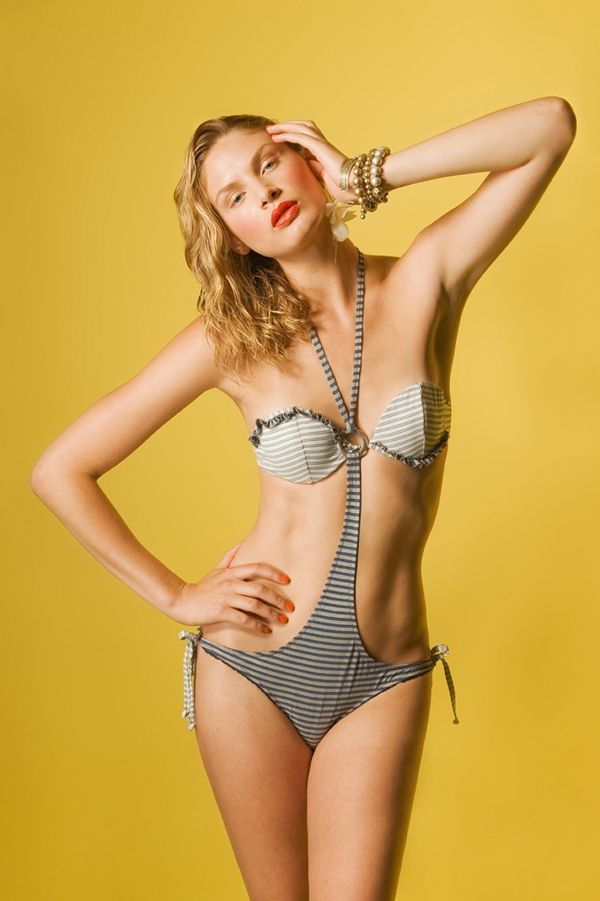 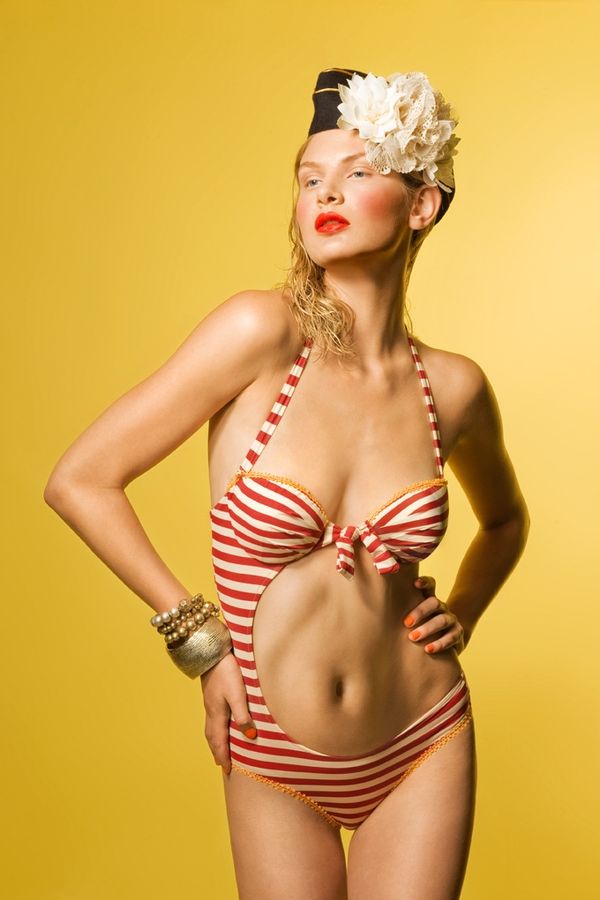 From All in one open back playsuits that flatter the female shape to funky lace hoodie cover ups is a must have weather your lounging by a pool in an all-inclusive resort or keeping it cool in the city. 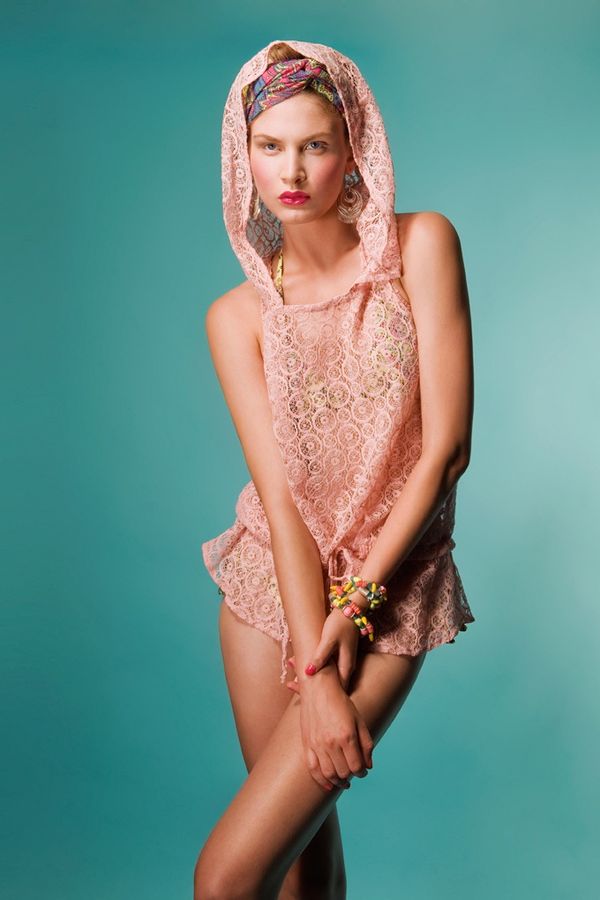