Written by
Rate this item
(12 votes)
"The only rule is don't be boring and dress cute wherever you go. Life is too short to blend in." - Paris Hilton

New York City is a fashion lover's paradise and probably one of the best shopping destinations in the world. City that never sleeps, a melting pot of cultures and foreign influences, New York has to offer anything you want both in terms of fashion and entertainment. High-end department stores at Fifth Avenue, Bergdorf Goodman, Henri Bendel, Saks Fifth Avenue, West Village, Barneys, Macy's, Madison Avenue, Bloomingdale's, Century 21, vintage stores, flea markets... and the list goes on. It is impossible to see everything that New York has to offer in just one trip. 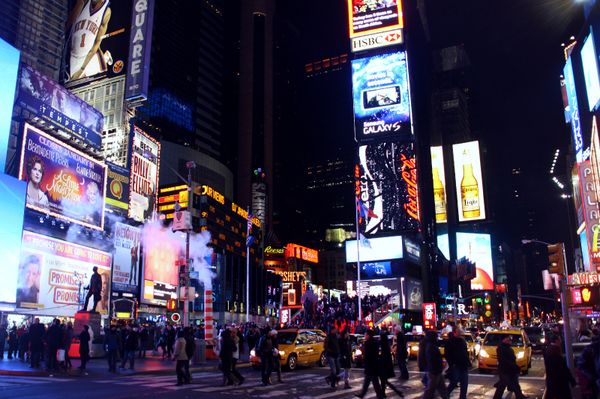 There are a lot of trendy boutiques in SoHo, designer houses in Meatpacking District, and some really unique places in Brooklyn. Usually locals are the best source of information and can often show you some interesting spots that aren't mentioned in the tourist guides. New York is a place where fashion, fun, and fantasy blend into an unforgettable retail experience. 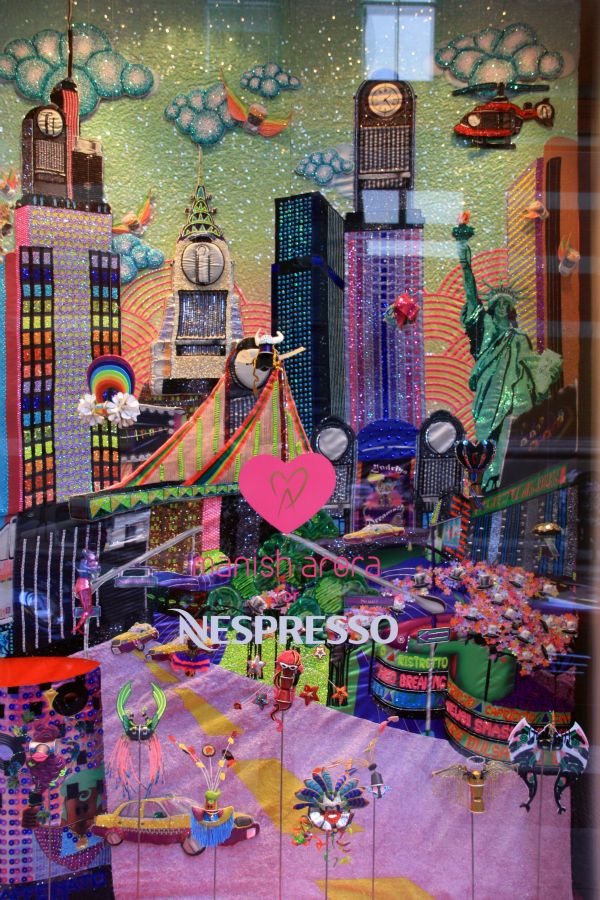 MACY'S NEW YORK – is the largest department store in North America. Macy's flagship store in Herald Square has eight floors and several different departments offering everything from clothes, accessories and jewellery to lifestyle essentials and furniture. You can find all the big brands here: Guess, Esprit, Ralph Lauren, Donna Karan, Calvin Klein and many more. Luxurious shoes by Enzo Angliolini, BEBE and Betsey Johnson, elegant handbags by B. Makowsky and Michael Kors, latest fragrances and beauty products, make-up demonstrations and professional skin care advice. The company organizes the annual Macy's Thanksgiving Day Parade, which has been held in New York City since 1924. It is also famous for their spectacular Christmas window displays, fashion shows and celebrity appearances.

"Our customers rely on Macy's for fresh fashion that is reflective of what the leading designers are showing on the runway." - Jeff Gennette, Macy's chief merchandising officer.

FIFTH AVENUE – luxury, style and wealth - a world famous street where you will find the high-end department stores like Bergdorf Goodman, Lord & Taylor, Henri Bendel or Saks Fifth Avenue. This busy shopping strand is home to designer shops like Bulgari, Escada, Cartier, Tiffany & Co, Gucci, Bottega Veneta, Hugo Boss, Prada, Giorgio Armani, Fendi, Vercase and Louis Vuitton. As one of the most expensive streets in the world, Fifth Avenue is a premier shopping destination and one of the top New York City attractions.

For those on a budget, there is also a huge H&M store, Gap, American Apparel or Zara. 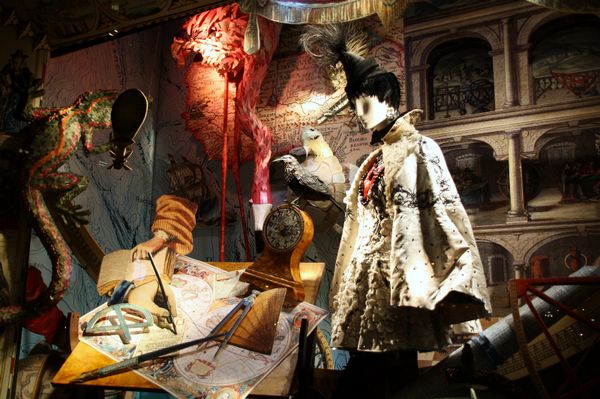 One of the things worth noticing at both Macy's and Fifth Avenue are amazing window displays that attract thousands of spectators each year, especially during the holiday seasons. Bergdorf Goodman displays are stylized and sophisticated. They feature latest couture fashion, as well as authentic antiques. Many of them are unique pieces of art, original and innovative. There is a book by Linda Fargo called "Dreams Through the Glass: Windows from Bergdorf Goodman" featuring the most creative displays throughout the years. 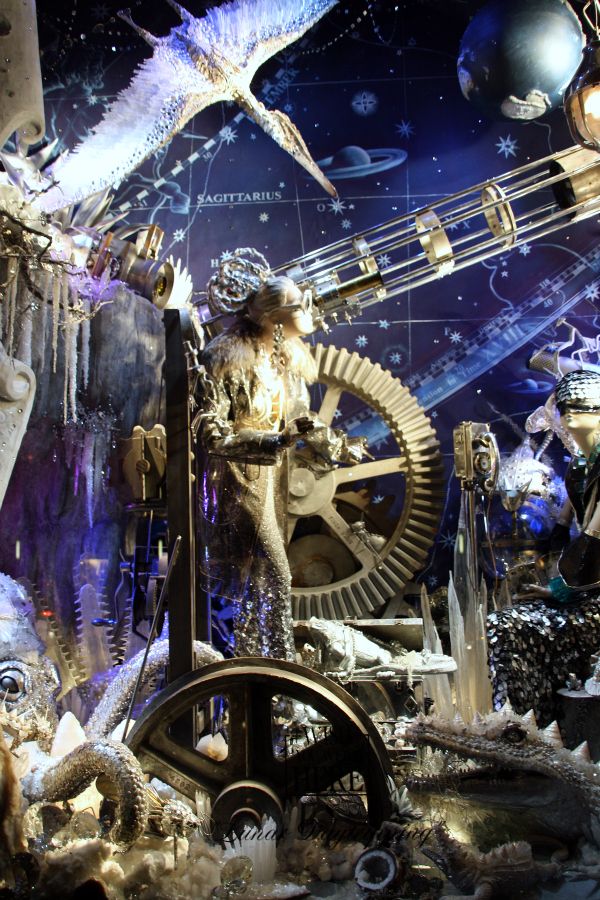 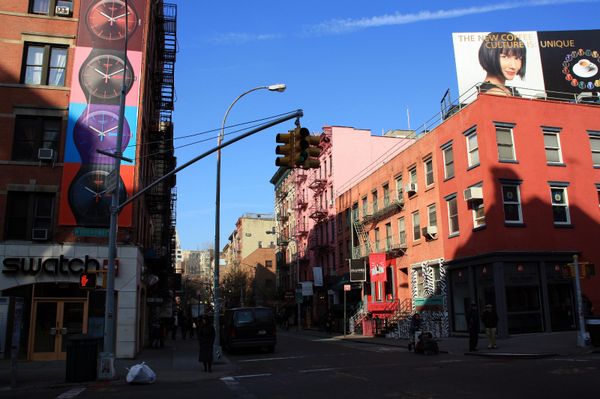 „Fashion is a way of life. Everything is fashion!! It's a lifestyle that is immeasurable. What is unique about fashion in NYC is the fact that this city is a big melting pot. There are so many different cultures which equates to so many different fashions. If you pull all the looks from the different cultures here, and make it into one; that will be a magical experience." - Natasha, Model & Fashion Designer from New York. 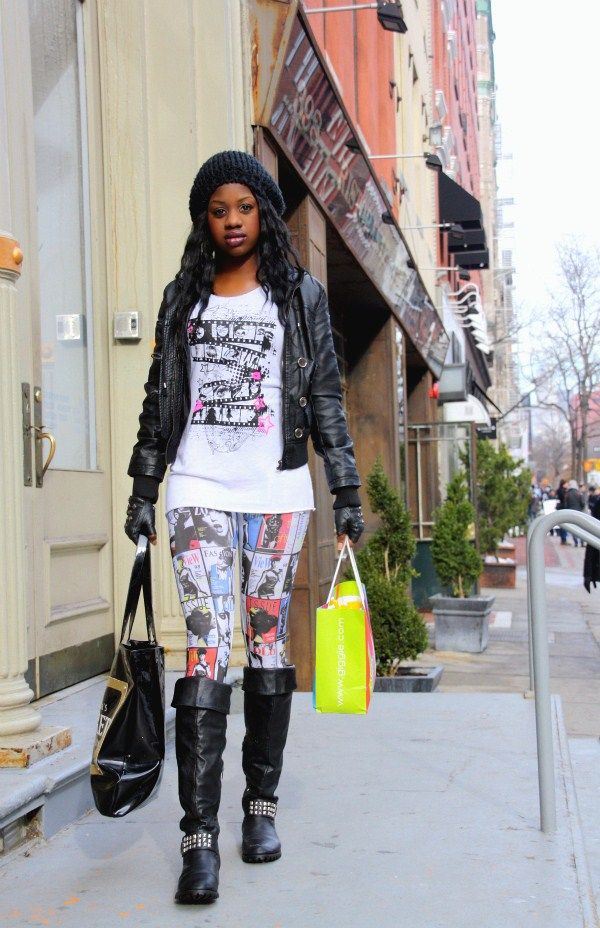 And if you ever get tired of shopping, there is an excellent Museum at FIT (Fashion Institute of Technology) located at Seventh Avenue. It has regular fashion exhibitions, workshops, lectures and book signings. Past exhibitions include Japan Fashion Now and Balenciaga: Spanish Master. On May 12, 2011, Kate Betts - the former editor of Time magazine - will present her latest book: "Everyday Icon - Michelle Obama and the Power of Style".

Seventh Avenue runs through the Garment District and is referred to as Fashion Avenue due to its role as a centre of the fashion industry in New York. 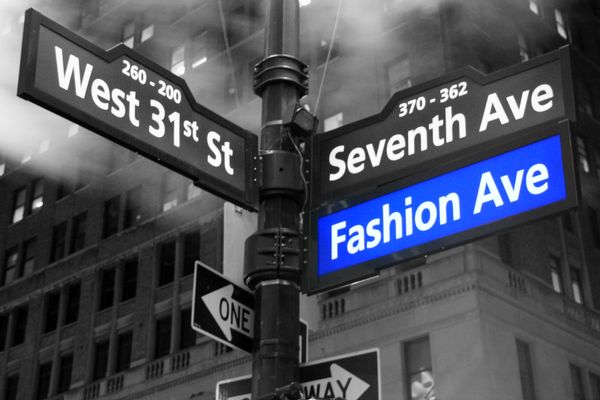 "New York has been the undisputed center of American fashion since the mid 19th Century when the development of mass production led to the growth of the apparel trades. The birth of the Fashion District, also known as the Garment Center, occurred in the 1920s, when a large group of garment manufacturers relocated to Seventh Ave. New loft space was developed especially to accommodate "modern" manufacturing and to satisfy labor's demands for safer working conditions. By 1931, this District had the largest concentration of apparel manufacturers in American design. A project of the Fashion Center." - Quote from the Fashion Walk of Fame at Seventh Avenue. 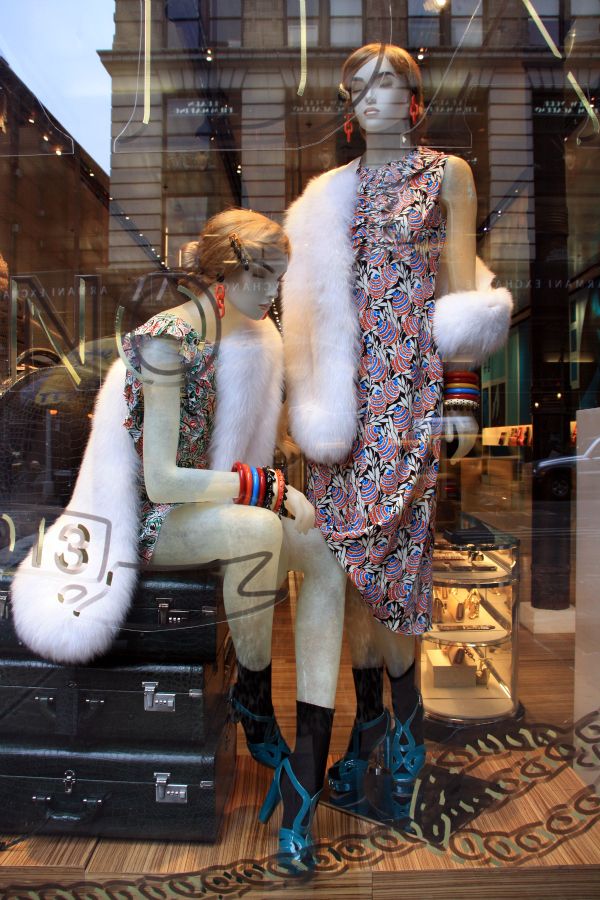 Published in Blog
More in this category: « Canadian Fashion My Life In Fashion »