Written by Fashions Finest Loves
Rate this item
(0 votes)
Top Model of Colour are THRILLED to announce that the guest judge for the upcoming finale of Season 8 is Andrew Patterson, creative producer of America's Next Top Model!

Credits include work for CBS, CW, Food Network, Fox, Foxtel, XYZ & 7 Network. Andrew graduated from St Michaels College winning the Creative Arts Award in 1997, and studied film & television production at Bond University in Queensland. He began his career in 1999, as an Associate Casting Director on feature films: Moulin Rouge and The Matrix and TV series Home & Away.

In 2003, he followed his passion for fashion and casting, landing a the role as show producer on Australian Fashion Weeks, later that year he partnered with TV Network Arena, and produced and hosted his first TV show, Arena Style XPO. In 2006 he took over the management of the fashion division of one of the largest photo agencies in Australia, LOOK Production.

He was responsible for producing campaigns for Covergirl, Nike, Levis and Absolut Vodka. Andrew also found time to work as a teacher at FBI -The Fashion Business Institute, Sydney's leading fashion business college. After moving to the USA in 2008, he helped produced the pilot and first season of the hit show Cupcake Wars.

More about Top Model of Colour

Published in News
More in this category: « A Complete Fashion Revolution Afro Hair & Beauty is shaping up nicely » 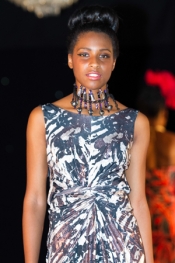