Written by
Rate this item
(0 votes)
The wait is finally over! The highly anticipated Grace of Monaco movie hit cinemas on Friday all across the UK after causing quite a storm at the Cannes Film Festival last month.
Some critics, like the Daily Telegraph have labelled the film, 'fantastically silly' whereas others have admired the wonderful camera angles and stunning acting skills of Nicole Kidman, who plays the leading role. The movie charts the life of Grace Kelly, one of the most captivating women to come out of Hollywood, yet Kidman claims that, 'It's not meant to be a biopic. I certainly did my best to honour everything that was real and truthful in it,' as she is joined by a star cast including Tim Roth and Paz Vega.

Grace Kelly was considered to be the most beautiful woman in the world and starred in many famous movies throughout the 1950's including 'To Catch a Thief' with Cary Grant, 'Rear Window' with James Stewart and 'High Society' with Frank Sinatra and Bing Crosby. Winning a Best Actress Oscar for her role in 'Country Girl,' Grace retired from the world of acting when she became Princess of Monaco, focusing on her family and new royal title. This movie looks sure to be a huge success, even if the critics have been especially scathing of it. From the beautiful costumes to the dramatic story line, it will be interesting to see Grace Kelly brought back to life through Nicole Kidman.

So the big question remains, will you be buying a cinema ticket?
Published in News

View the embedded image gallery online at:
https://www.fashionsfinest.com/news/item/3508-the-highly-anticipated-grace-of-monaco-movie#sigProId2cd5170f99
More in this category: « Dawn of the Planet of the Apes Cannes Film Festival 2013 – Buzz grows as new details are announced » 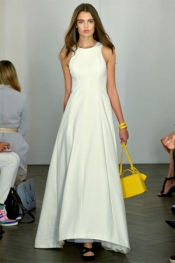