Planet's Got Talent comes to ITV

Written by
Rate this item
(0 votes)
ITV has commissioned a new six-part series, Planet's Got Talent, from the producers of Britain's Got Talent.

The 6 x 30' series is produced by Thames (part of FremantleMedia UK) and Syco Entertainment and will be narrated by Warwick Davis. It will air early 2015.

An international ratings' phenomenon, Got Talent is officially the most successful reality television format in the world (Guinness Book of Records, 2014) with 230 series across 67 different territories.

Planet's Got Talent highlights the most incredible acts from across the globe, from countries as diverse as the UK and US, to Albania and Vietnam.

In Planet's Got Talent , Warwick wittily steers us through the hilarious, show-stopping, heart-pumping performances. And with thousands of hours' worth of footage to choose from, every clip is unforgettable...whether for the right or wrong reasons!

Warwick Davis commented: "Each week, I'll be treating viewers to the top-pick clips from Got Talent shows from across the globe - some funny, some odd, some awe inspiring... all brilliant!"

Planet's Got Talent features scores of unforgettable moments including a Korea's Got Talent contestant who likes to rub Wasabi and lemons into his eyes and an Indonesia's Got Talent hopeful who washes himself in boiling soup. Other stand out acts including backflipping dogs, a woman who drives a scooter through 20 panes of glass without a helmet and even a man who plays the violin whilst balancing two wine glasses, a ball and four shots on his bow at the same time.

Planet's Got Talent is a Thames and Syco Entertainment co-production for ITV. It has been commissioned by ITV Commissioning Editor, Entertainment, Asif Zubairy.

Meanwhile, auditions are now open for the 2015 series of Britain's Got Talent. Any performer can apply, no matter what their age or background - all they need is a skill and star quality which they think will impress. Anything goes from comedians to contortionists, dancers to drag acts and acrobats to animals.

Aspiring stars can apply via www.itv.com/talent

Published in News
More in this category: « The X Factor Winner's Charity Single in Aid of 'Together for Short Lives' Dawn of the Planet of the Apes » 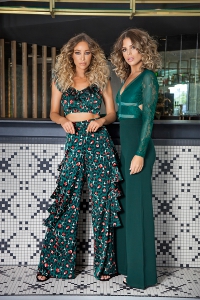