A Chat with designer Judy Wu 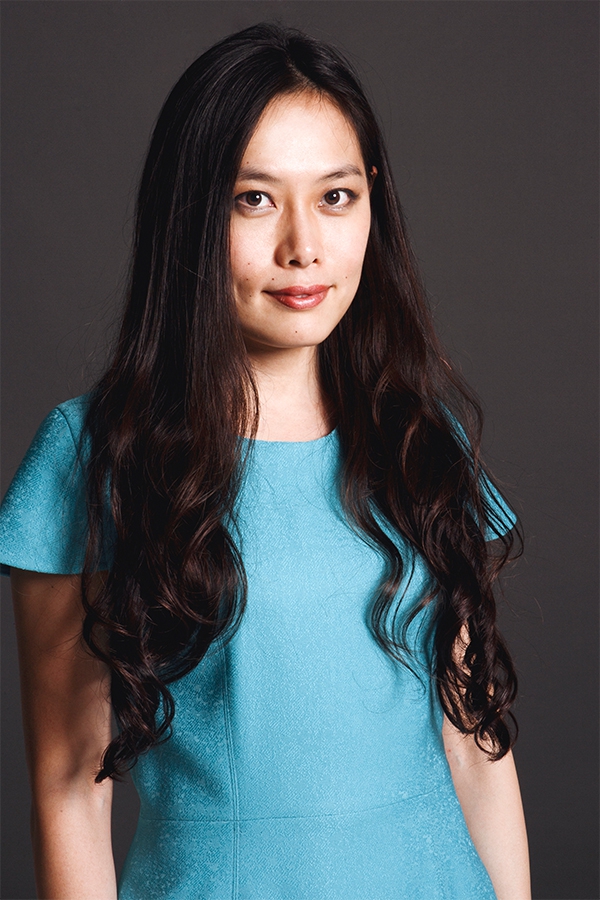 Innovative fashion designer Judy Wu is set to present her Spring/Summer 2016 collection at London Fashion Week on the 19th September 2015.

Born in Shanghai, Judy knew from a young age that fashion design was her passion, following her dream to study at world renowned Central Saint Martins and establishing her own eponymous brand in 2013. Fashions Finest sat down with Judy to learn more about the designer behind the clothes in the lead up to her next collection…

I’m from Shanghai and grew up with my grandmother and she was a very typical Shanghai lady. She would go to fabric shops and I would go with her and she would let me choose the fabric. She knew all the best tailors in town so she would take her fabric to the best, most experiences tailors and have it all measured up… that process I find just fascinating. I think that’s why as a teenager, 14/15 years old it came to me that that’s what I wanted to do when I grew up.

What made you want to become a fashion designer?

Well, in high school I was a bit of a rebel – I wasn’t a model student! I didn’t want to go through the traditional Chinese education of becoming a doctor or a lawyer. I loved drawing. I started drawing when I was 5 years old. I loved and appreciated art, knowing that the traditional type of education wasn’t for me. I tried very hard to convince my parents that a design career was what I wanted to pursue in my life, and it took a lot of persuading! But I had my grandma’s full support. She was the woman who really inspired me and supported me to pursue my fashion career.

So you graduated from Central Saint Martins in 2009.

What did you decide to do next?

I interned at House of Holland, working with Henry on his very first London Fashion Week collection. He’s very much involved in the designing and everything. At that time I was just doing the pattern cutting and sewing things together, so it was very hands on. It was very intimate in the studio space. At that time he was an emerging designer so it was very good experience for me to see how an independent designer develops himself into a very successful brand. That really helped me in starting my own brand.

I then worked at Jasmine di Milo, which used to be owned by Harrods. They had an amazing set-up and I was on the design team, so it was drawing every day. I had a lot of experience working during the lead up to LFW and the fashion week rush. We would work all night and then go home in the morning but that mentally prepared me for my brand now. But at the time I thought, ‘Oh my gosh this is so much!’

What is your signature Judy Wu style?

It’s all about the little details. The cut is really elegant but the little details such as the beading, textiles used and pleating make my brand stand out from other designers. I am a minimalist designer, but more of an Art Nouveau minimalist. I like decoration, but not too much and favour modern, clean lines. I design for strong women, who forge their own futures and who want to stand out in a more understated style.

Where do you get your design inspirations from?

My mind is always completely blank at the beginning of each collection. I don’t know what to expect and develop pieces step by step by creating moodbaords and looking at materials. That’s what’s so fun about fashion design, as you’re creating something that you’d never even thought of before. I always say to myself, ‘Okay Judy, surprise me!’
For my Spring/Summer 2015 collection, I went to Rio de Janeiro during the carnival season. As well as enjoying all the parties, I visited the botanical gardens, ‘Jardim Botanico,’ and loved the calm feel of life in the plants around me. The flowers really inspired me so when I came back to London I knew exactly what I wanted to do for my next collection.

How did you come up with your Judy Wu logo?

I like to deliver messages in a subtle way especially when it comes to images. Our logo is actually developed from a Venus Fly Trap. I like the fact that people can use their own imagination and decide what the logo really is as to some people it does look like a pair of black wings! It’s about how fashion can draw people in and I want my brand to naturally draw people in - the same way as a Venus Fly Trap does.

Does London inspire you as a city, or are you more drawn to your childhood in Shanghai?

I think a bit of both, because there’s a lot of similarities. In Shanghai, the look is more modern whereas in London there’s a burst of energy but still an old feel to it. London is a place that values tradition and it’s the same in Shanghai but at the same time it is very innovative as well. You have to value your own culture to be able to move forward. Shanghai is very cosmopolitan, as it has the East meets West culture and in that way they influence each other.
Which celebrities would love to see in your clothes?
Poppy Delevingne and Natalie Portman – I love Natalie Portman! She is very feminine but with an edge. She’s very pretty and feminine but also a very strong woman. She stands for what she believes in and doesn’t care what other people think and when it matters she stands up for others.

Who are your favourite fashion designers?

Alexander McQueen. He is my hero, I heard about him before I came to London. In fact he was the reason why I wanted to go to Central Saint Martins. He was so technically talented, and stayed true to himself, not just following the trends. I also like Gareth Pugh, even though his designs are completely different to mine. When I was at Saint Martins, he was our tutor on a project and so I had the chance to learn from him which was very inspiring.

Where do you see your brand in 5 years time?

The company has been running for almost 3 years now, so I would love to see my brand on a more international stage seen along with established designers, like Stella McCartney and be known on a wider scale. I would love to be stocked in Browns, as they give a lot of opportunity to emerging brands like mine. I dream a lot!

Judy Wu is a key representative of a successful Shanghai-London business connection. To promote and encourage exchanges between these two cities, Shanghai Fashion Week Organising Committee, in partnership with an Anglo-Chinese business consultancy, ACTIVE Anglo Chinese Communications, is hosting an interactive business forum entitled ‘The Shanghai-London, an Urban Tale of Fashion and Creativity’ on 16 September in London at The Hospital Club, Covent Garden.