Modibodi®, the global absorbent apparel brand, is on a mission to become carbon-negative by the end of 2023. Modibodi's plan sees as the next step the launch of its first Carbon Neutral Seamfree Full Brief.

Can your underwear do something big for the planet? Modibodi created the Carbon Neutral Seamfree Full Brief, green pants that lock carbon emissions.

Modibodi is positive about its big plans for a greener future. The Carbon Neutral Seamfree Full Brief created in partnership with C2Zero will help the brand go carbon negative by the end of 2023, here is how.

Modibodi to Go Carbon Negative by 2023

It is no wonder how the production of new apparel, disposable sanitary items and everyday products is heavy on the environment. Modibodi is aware of the issue and took on a self-challenge to become carbon-negative by the end of 2023 thanks to the partner with Australian start-up C2Zero and the launch of its brand-new underwear.

On the market since 2013 with its range of sustainable underwear, Modibodi (link to www.modibodi.com) has provided people with confidence-boosting and comfortable intimate apparel able to stop odours, body leaks and periods. This year will be particularly important for Modibodi: 2022 will see the brand become a ‘Certified B Corp Business.

Underwear is underwear but it is not all the same. The Carbon Neutral Seamfree Full Brief is a carbon-neutral period pant launching this September that will be able to remove 2.4 kg of carbon from the atmosphere with every pair sold, in total removing 10,000 kg.

The Carbon Neutral underwear will be part of the Modibodi Recycled Seamfree collection and, together with the partnership with C2Zero, is part of a broader set of sustainability commitments by Modibodi. These mighty pants lock away carbon and stop polluters from getting their hands on it, using 'emissions allowances'. Emissions allowances are like ‘permission slips’ for big polluters. They need this kind of permission to keep polluting on a mind-blowing scale. Instead of using them to pollute, C2Zero locks the emissions allowances away in their virtual carbon vault where they can never be used by big polluters. Or anyone else. Ever.

This underwear is a favourite for anyone wanting to "get on with their day, without their period or light bladder leaks dampening the mood… and without VPL." This design offers comfort, discretion, protection and control. The discreet Seamfree style is ideal for wearing under your favourite outfit, without being visible and features Modibodi’s scientifically proven – super thin (3mm thick) – patented Modifier technology to absorb liquid fast, control odour and keep you dry.

Made from 73% recycled nylon from pre-consumer fibres for less waste and less energy use, the Recycled Seamfree style is already doing its part for the planet. This new Carbon Neutral will be a pollution-fighting superhero.

“At Modibodi we have a mission to become a carbon-negative business by the end of 2023. Anyway we can, we are reducing our emissions, through the fabrics we choose, designing for longevity, using sea freight, switching to renewable energy where we can and ensuring carbon creation and biodiversity is part of our decision making” says Sarah Forde, Modibodi Head of Sustainability and Public Affairs."

“Partnering with C2Zero helps us take another step towards this goal. We believe one of the most powerful ways we can help drive the change needed in reducing carbon emissions is by taking the emissions allowances big polluters need, out of circulation, so they can never be used to pollute. For every single pair sold of the Carbon Neutral Seamfree Full Brief, we'll be removing 2.4kg carbon from the atmosphere.”

“C2Zero is delighted to be working with Modibodi, we have been thoroughly impressed by their dedication to emissions reduction. Their Carbon Neutral Pant initiative is a clever way to reduce emissions and bring customers on a journey. At C2Zero, every Emissions Allowance we lock away is one tonne of emissions that won’t be released into the earth’s atmosphere by big polluters. It is through our partners' support, including Modibodi, that we are able to accelerate action towards keeping temperature rises below 1.5 degrees” says Dr Roger Cohen, C2Zero Founder.

If the concept of period pants is widely familiar but the idea of carbon-neutral underwear and 'emissions allowance' surprises you, we just have to wait until September to test them out.

Find many ways to make a green switch on Fashions Finest and follow us on Instagram for inspiration. Sign up for our Friday newsletter to have news always in your inbox.

More in this category: « Sneakers Sales Boom with The Edit LDN Entering the Metaverse Top 10 Most Sung-about Jewellery, Fashion and Beauty Brands » 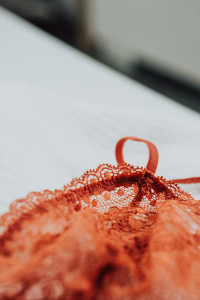 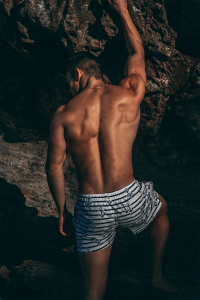 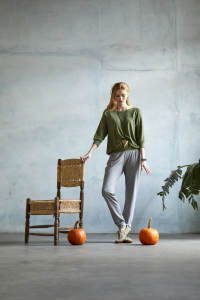 Asquith London Shows Us How It's Done! 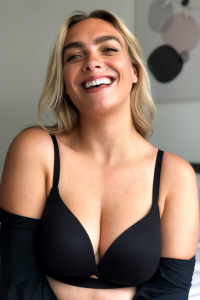 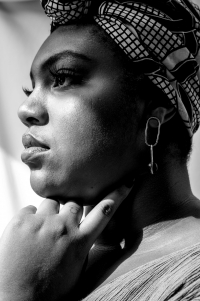 Oke London Creates Warri-Ors In Us All