My last months have been really busy and unfortunately I didn't have much time to write for the Fashions Finest. For all those curious what I have been up to, here is a short list... 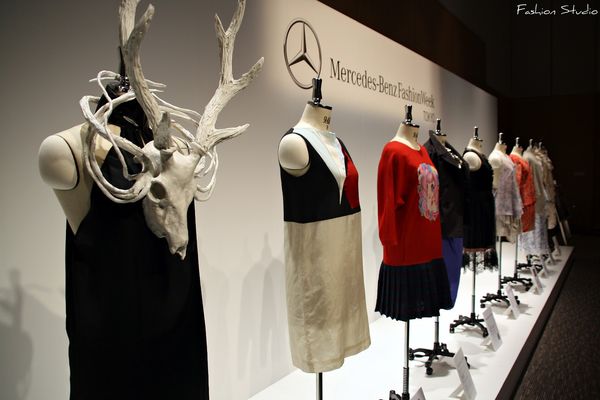 * For those of you who are not familiar with Japanese culture, here is a short explanation: Kagamibiraki is a ceremony performed at celebratory events in which the lid of the sake barrel is broken open by a wooden mallet and the sake is served to everyone present. Kagami refers to the lid of the sake barrel and biraki means "to open" sokagami-biraki literally means "opening the lid." Because of the lid's round shape, the kagami is a symbol of harmony. The kagami-biraki, therefore, represents an opening to harmony and good fortune.

The opening night was really exciting and there was an opportunity to meet two Japanese supermodels: Ai Tominaga and Rina Fujii. They both attended the party that took place after the official opening ceremony, posed for photographs and gave interviews.

Highlights of the second day included fashion shows by Kamishima Chinami (pictured above), The Dress & Co. and Hiroko Koshino. Selected pieces from the previous collections of all participating designers could be seen at the small exhibition held at Tokyo Midtown Hall.


Waiting for the show (Photo by Eva Fydrych)

Hiroko Koshino is one of Japan's most famous designers. She has been designing for almost fifty years and has shown her work around the world. Her Autumn/Winter 2012 collection "Dream of Sicily" included diverse pieces in the whole range of colours. Dramatic silhouettes, beautiful patterns and creative styling made this show the most interesting event during the whole Fashion Week.

Below are some shots by a very talented German photographer Michael Steinebach, who currently lives in Tokyo and works as a freelancer for different print and online publications. I had a pleasure to meet him after the show and while we were walking to the subway station together, we talked about his life in Japan, travelling, and photography work.

The schedule of the Fashion Week was really intensive and sometimes it was impossible to be in two different places at one time. The shows were well-organized and with a few exceptions, always started on time.

But what was even more interesting then attending the shows, was snapping pictures of some amazing Japanese street fashion. There is probably no other place in the world where you can see so many creative and unique outfits. In Tokyo everyone seems to have their own personal style and people aren't afraid to stand out from the crowd.

Some of these styles are extreme and avant-garde, similar to the haute couture seen on European catwalks. There are some major fashion tribes like Gothic Lolitas, Ganguro and Cosplayers that are very easy to distinguish. However, the Japanese street fashion is constantly evolving and creating new trends.

Below are some Gothic Lolitas that I managed to capture after one of the shows... 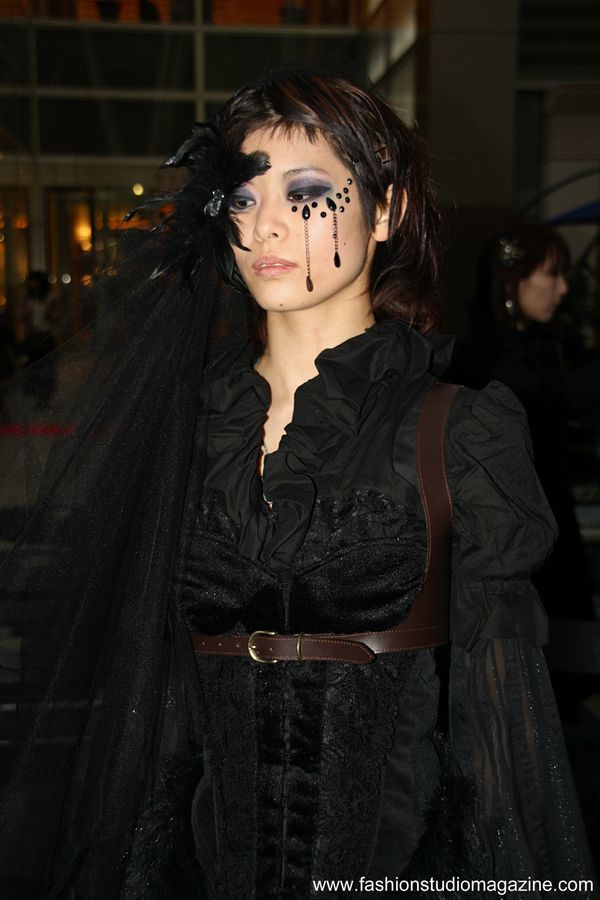 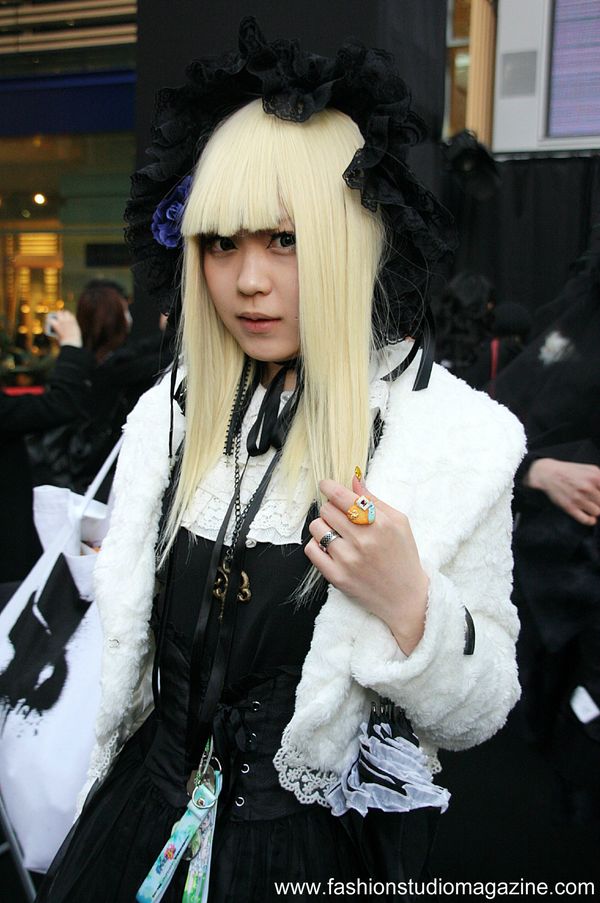 Karl Lagerfeld paid tribute to Chanel's little black jacket in the amazing exhibition that opened on Wednesday 21 March in Tokyo. There were over a hundred photographs on display and the celebrities that attended the event included Sarah Jessica Parker, Vanessa Paradis, and Alice Dellal. The images for this project were shot in Cannes, New York, and in Karl Lagerfeld's studio in Paris. 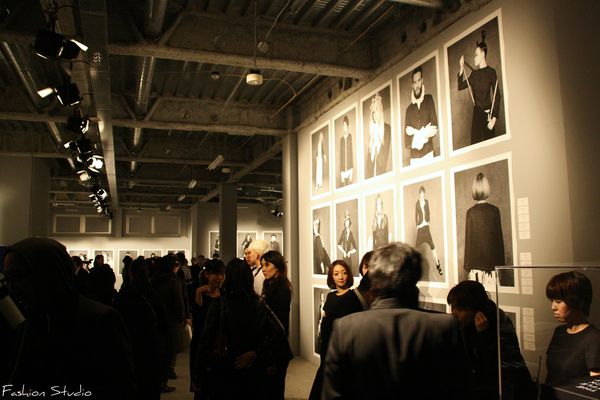 Below is a small selection of pictures featuring the most stylish guests that attended the opening night in Tokyo, including a Japanese actress Kiko Mizuhara and a Dutch model Saskia de Brauw By the way, Saskia can be seen in an amazing Vogue Japan editorial, shot by one of my favourite fashion photographers Patrick Demarchelier. Here is the link to the photoshoot. 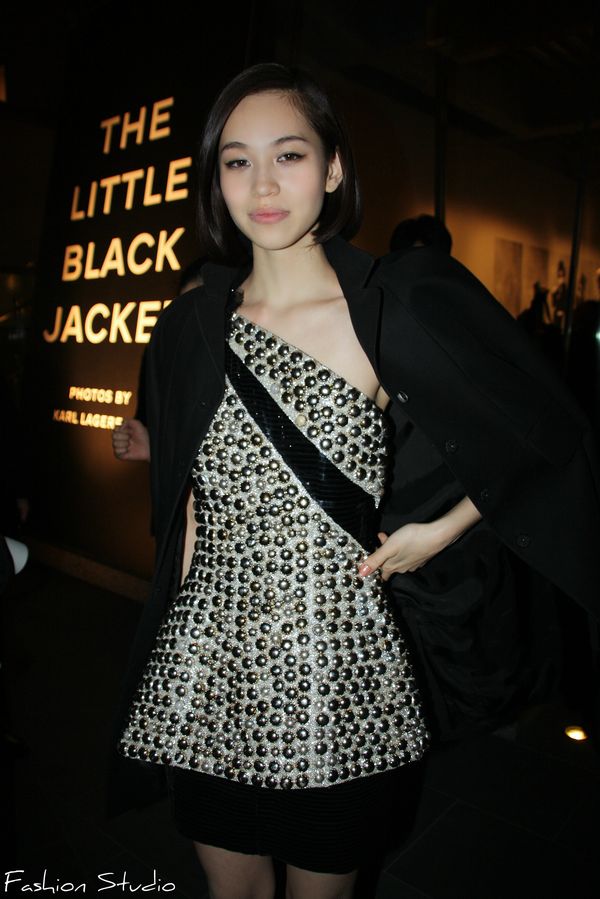 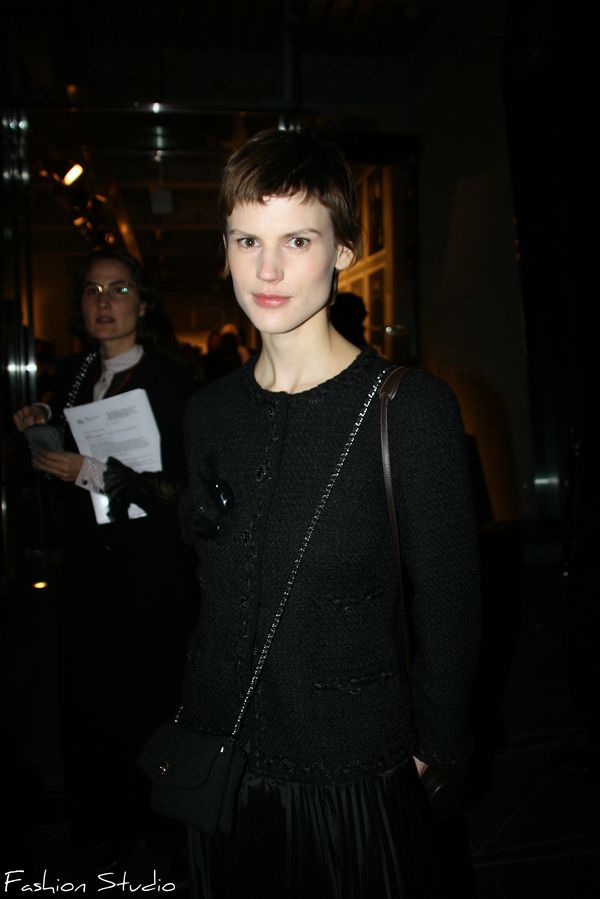 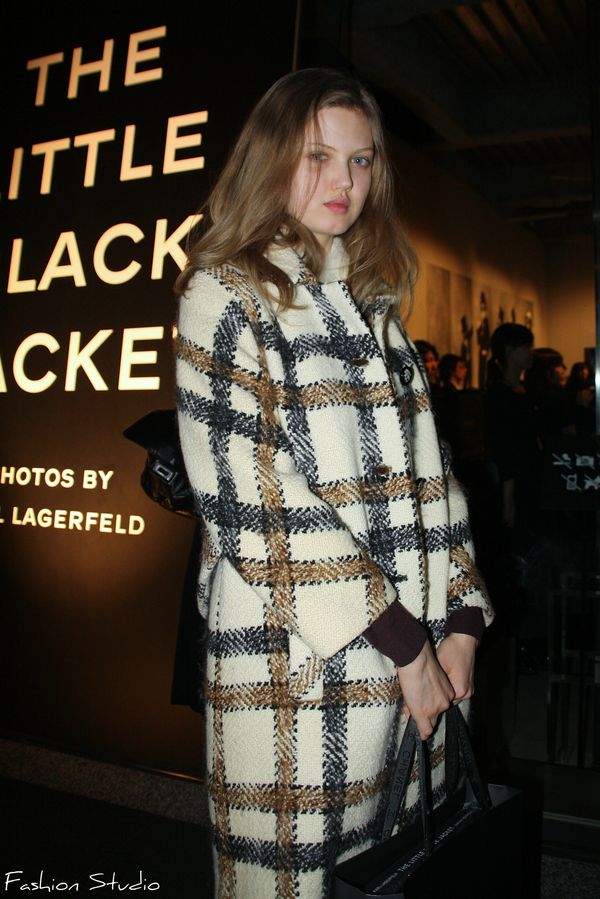 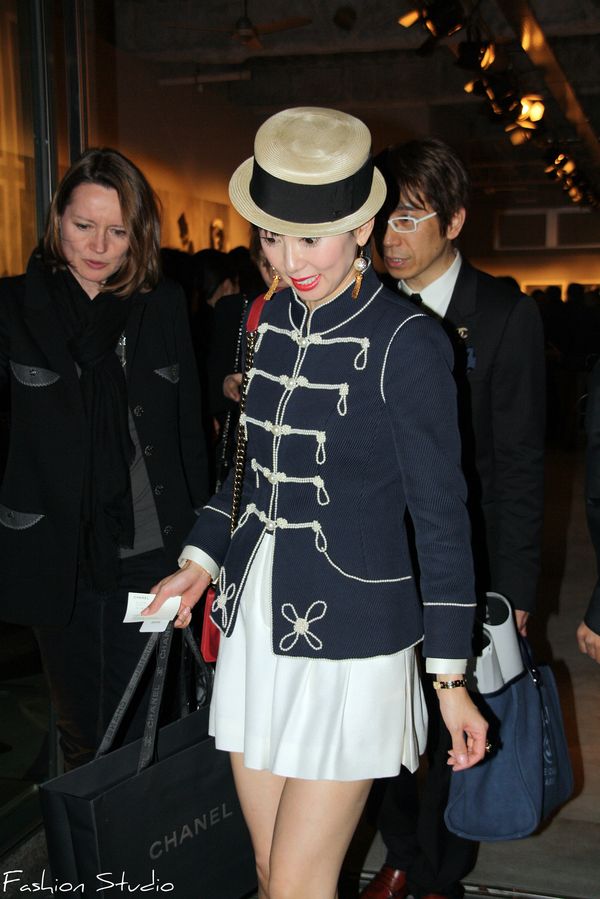 Before I left for Japan, I had an opportunity to meet Rana Wehbe-Flinter, an international stylist and fashion blogger who currently lives in Singapore. Rana is really passionate about discovering up-and coming local designers and also has a great personal style herself.

I managed to organize a short photoshoot in Chinatown with her, where she played a role of both a stylist and a model. Makeup and hair was done by Saydanar, a truly talented artist specializing in Bridal and Fashion. 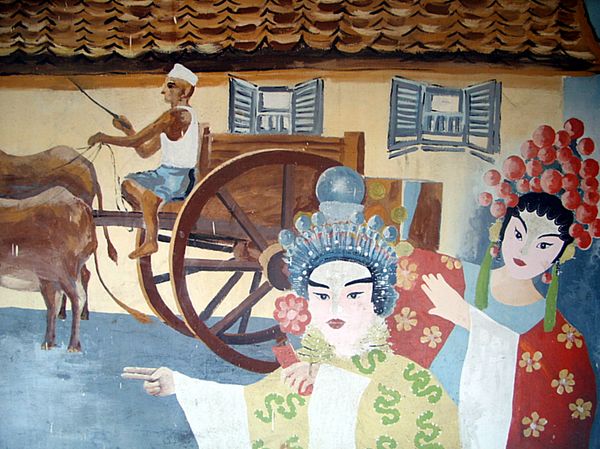 The concept of the photoshoot was a tribute to a Mexican painter Frida Kahlo, known not only for her paintings and a stormy marriage with
Diego Rivera, but also her personal style and colourful wardrobe.

Have a look at the sneak preview of the shoot below and stayed tuned for the next round of the fashion news! 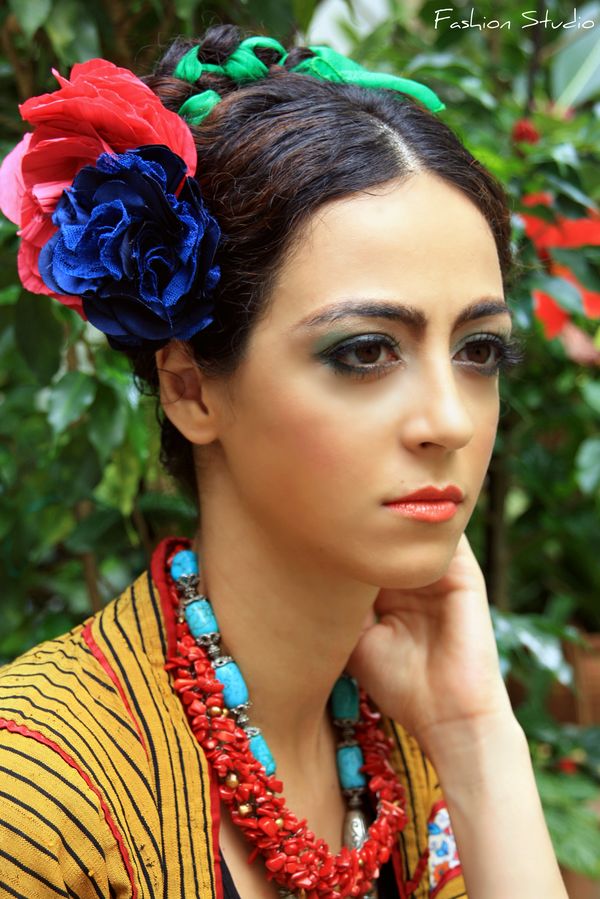 Well who's predicting what the weather is going to do these days. One minute it shines, the next it rains. And there was me, wondering what to wear in these variable climes. Taking the imaginary crystal ball to hand, I had a little moment and thought about what was coming your way this autumn. Looking towards hot autumn trends, I saw Mui Mui at the forefront showing us how to dress for these cooler climes in a heavy mix of Edwardian come 1970s styling celebrating that staple classic, the trouser suit.

This years' trouser suit fascination has been making itself known for a quite a while now. Think back to how Ferragamo got us excited by his interplay of silk and mismatched prints in that stunning raspberry and fuchsia pink silk jungle print trouser suit.

Now, Look around at how many retailers are selling high waist silky seventies trousers and matching blazers in jungle, graphic and seventies graphic wall paper print. Well readers, it is time to sit up and take notice and follow this well- trousered hint. Trouser suits are here to stay with us and are the right investment will take you through summer, autumn and possibly even into winter.

And of course, because we are inspirers rather than followers here at finest, we are going to have some fun, by embracing the patterns and combinations available to us in the shops now. So, think Brights' and seventies prints and mix them up with patterned shirts. Hunt down kipper ties and paisley scarfs from eBay and charity shops. Then, keeping with the mismatched patterning theme; work your base colour through, mesmerizing admiring eyes with high impact drama and contrast. 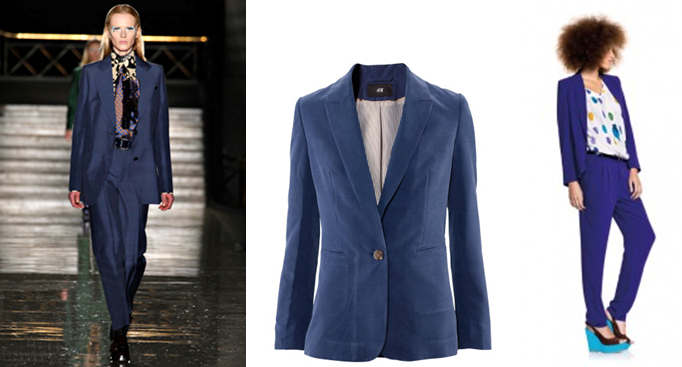 Take one mui mui blue suit for inspiration... Then get down to H and M and pick this blazer up for £17.99 or maybe this trouser suit from Benetton...

This look takes the sharp masculine tailoring out of Saville row, powers it down to the office then sashays it back up- town, discotec chic style. We are talking the bold, brave and sexy. Take your influences from Charlie's Angels, Farrah Fawcett, even Abba but remix your styling from the wide varieties of print and colour available now.

And of course, on the back of every wise woman who means business this year, rather than her boss, is her trusty mac. You will find these everywhere right now in all the right shades to protect you whenever the clouds choose to rain down upon you. Finish your look off with these lovely examples I have found for you below.

Fashions Finest Announces The Launch Of Their Online Fashion Boutique.

FashionMist's aim is to showcase on one platform emerging young designers of African origin who reflect the continent's creativity.

By Tasha Leslie of Splash Styling.

Tasha Leslie, founder, creative director and fashion stylist for Splash Styling gives us her perspective on the latest SS12 trends. Showcasing a mix of up and coming and established brands.

With her creative mind and innate sense of style, Tasha has selected fashion forward and bespoke designers to collaborate with. The success of Splash Styling attributed to her creative team and the relationship she has with her clients. Tasha says 'Splash Styling is a family and all my clients are considered friends not business partners'

Agi and Sam –Having worked for designers such as Alexander McQueen and Karl Lagerfeld Agi and Sam put their stamp on menswear fashion with a new and exciting menswear brand. With a strong emphasis on entirely bespoke print and humour Agi and Sam designs show fearlessness as they push the boundaries with their bold, vibrant contemporary SS12 collection recently showcased at London fashion week.

Mrs J- One of Britain's most creative designers famed for her unique pop star creations for Kylie Minogue, Rihanna and Madonna to name just a few. Her highly desirable high end street wear designs boost a new commercial collection which is extravagant, unique and about to hit the mainstream.

Vicky Martin –Vicky Martin designs are for the young, confident and stylish woman. Her Designs offer an alternative to mainstream fashion and bespoke service on request. You get a real sense of quality, personal style and elegance with each garment. Her designs worn by our very own UK celebrities, Kym Marsh, Michelle Heaton and TOWIE cast.

American Apparel – Established high street brand. If you're a conscious fashionista who likes to have fun with fashion and want to look on trend, this is your one stop shop. The new SS12 collection offers a great range for both men and women with bold colours, retro prints, chiffon's, pretty pastels and dance wear.

Bl^nk – A widely stocked luxe brand with delicately crafted accessories, exquisite evening wear and crafted complementary day wear pieces. Its base inspiration being drawn from 1920's Hollywood with a contemporary twist meant it was the perfect marriage for Splash Styling vintage concept. 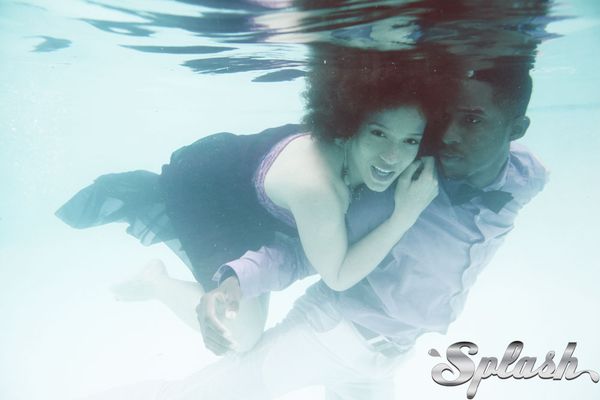 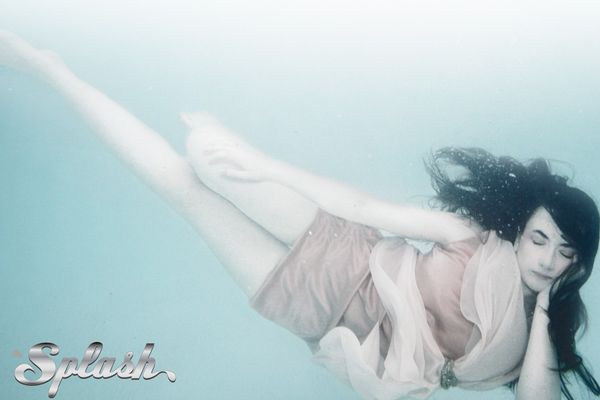 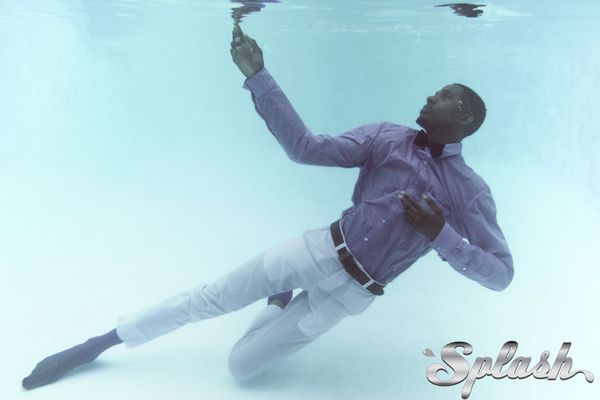 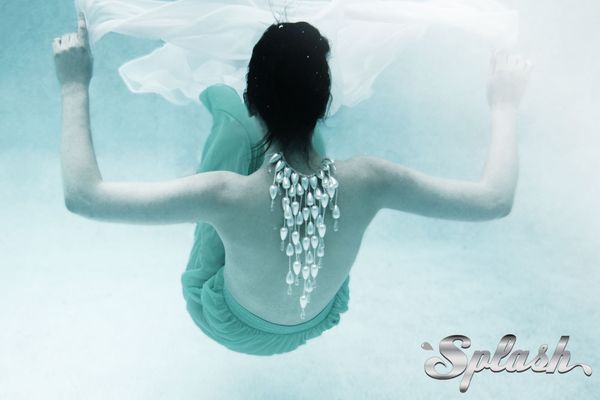 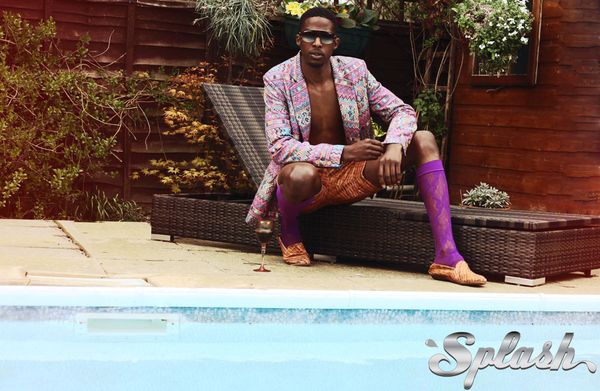 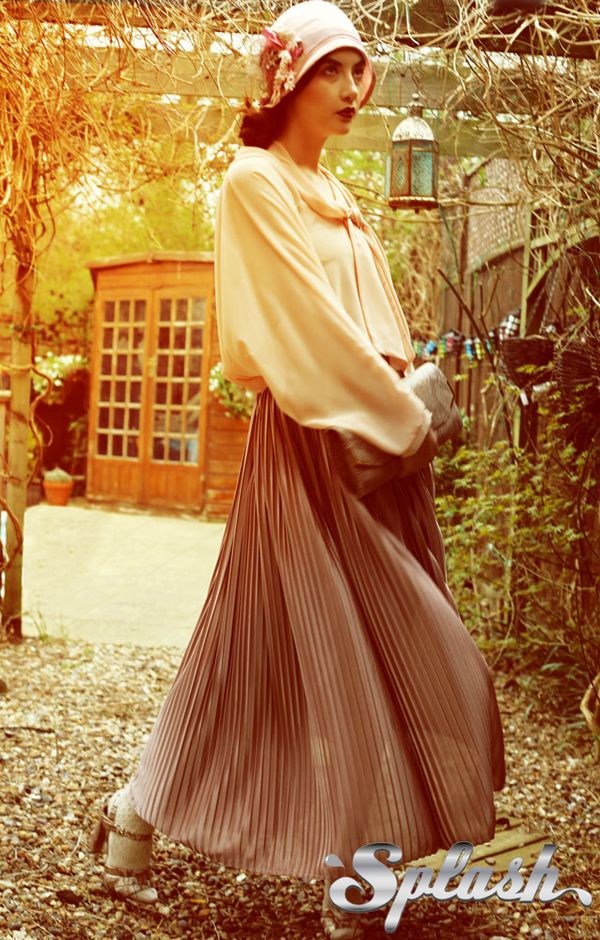 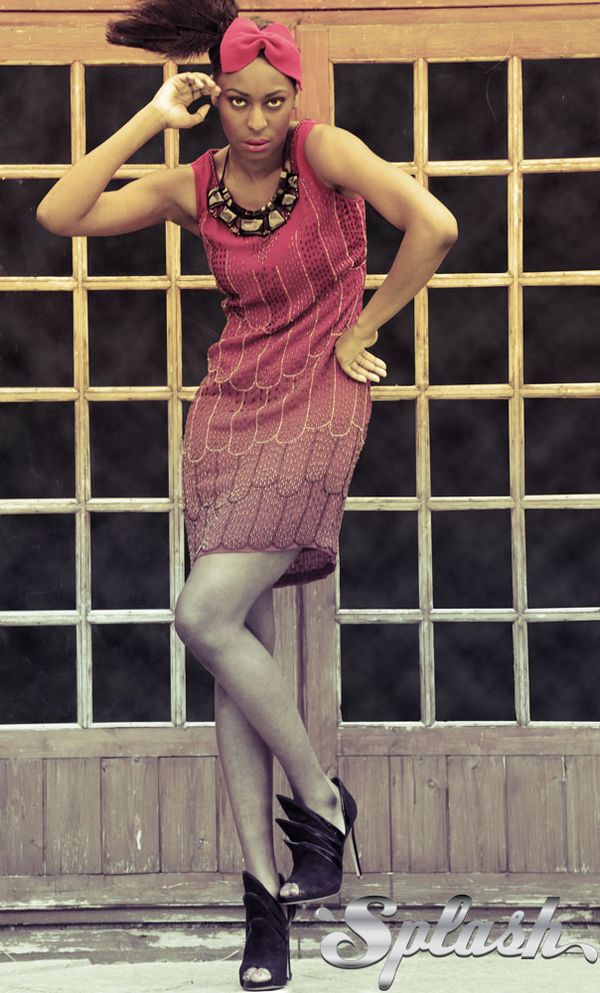 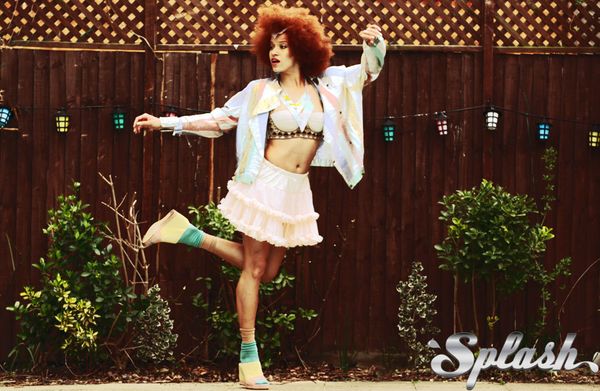 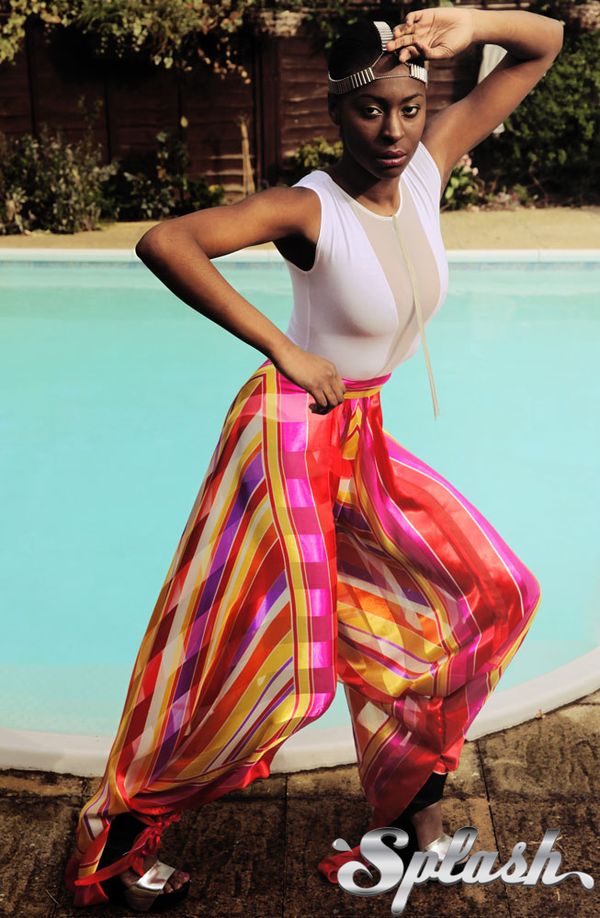 The house of Adjeiwaah @ FFR

The house of Adjeiwaah intends on promoting and preserving the empowerment of the most beautiful creature that ever lived, a women.

Published in News
Tagged under
Read more...
Page 6 of 14