Hope creates large expressive collaged paintings and transforms them into prints, combined with detailed beadings and knit to create her garments. She also creates her own embellishments, inspired by her passion for ceramic making, using Fimo clay and various fabrics and beads combined together. Hope's graduate collection, A Surreal Rome, featured at Graduate Fashion Week in London, is not a representation of reality but a world in which you may find in your dreams, inspired by the history, myths and art of Rome. She created her own mythical beings in a hallucinatory world through large expressive paintings and distorted, collage photographs. These have been combined into colourful busy prints, detailed beadings and chunky knits to create a powerful visual of A Surreal Rome within the garments. 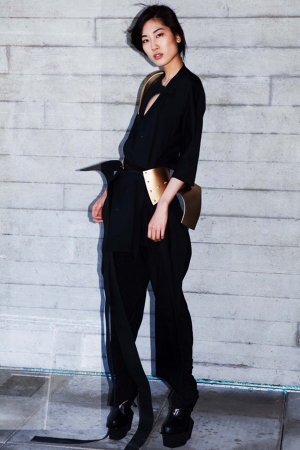 Tokyo-born currently Paris-based designer Misora Nakamori studied fashion at the ROYAL academy of Fine Arts in Antwerp and she got her name known in public by one of the world fashion-icon Lady gaga when she appeared in media with Misora’s collection on. To pursue her raw spirits of craftsmanship and consolidate her creativity, she moved to London and, by experiments in different skills at many workshops such as metal work, wood, resin, laser and rapid forms, Misora established her sense of hybrid in the exquisite combination of technology and hand-made crafts.

This experience led her successful presentation of a multi-disciplinary collection that includes footwear and accessories all done by herself at her master degree in womenswear at RCA in 2018. She has been working closely with a Japanese 3D printer, Aspect ltd. as one of her mission to suggest modern design in the new generation and this journey can be seen in her collections.

The application of varied materials represent the strong image of her world and delicate creativity with her sophisticated cuttings is always appreciated by the viewers. Her bold yet luxury design embrace fashion and other fields. She announced that she officially starts her label from SS19 at London fashion week. 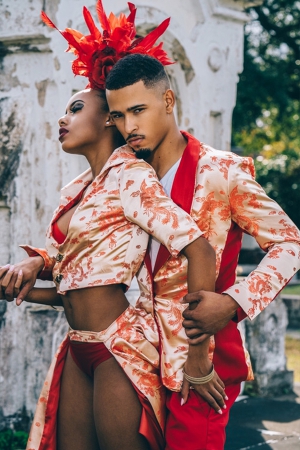 Marcia Roberts, is the owner/designer of House of Délire. She currently resides in Columbus, GA with her two daughters and granddaughter.

Marcia Roberts graduated from Bauder College with a degree in fashion design in 2010 and established House of Délire in 2015. Since then Marcia has showcased her collections throughout the country with highlights such as NY Fashion Week, Coastal Fashion Week and multiple shows throughout the East Coast area.

House of Délire ascetics consists of a plethora of edgy, out-of-the-box styles such as: Neo-Victorian, rock, steampunk and classy high-end chic styles for today’s dare to be different men and women. 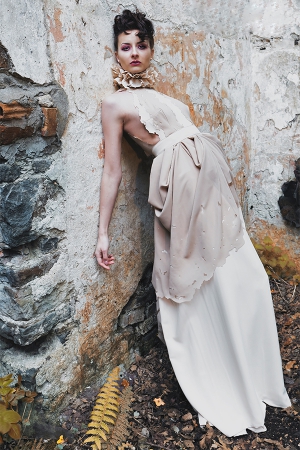 Lian Cara is a womenswear designer from Carmarthenshire, South Wales who was fortunate enough to have her work showcased for three consecutive months as a designer profile in British Vogue. Following this success, Lian Cara new ready to wear collection, takes its inspiration from her recent high-end collection, Natural Reflection.

As a designer, creating pattern through the construction of a garment, rather than using traditional methods such as print, has always inspired the work of Lian Cara. More recently, she has combined this design concept with Laser cutting to create intricate design details and cut-outs.

Inspired by the natural beauty around her Welsh hometown of Llandovery, Carmarthenshire, Lian Cara takes her inspiration from the natural shapes and textures found amongst the Welsh countryside. 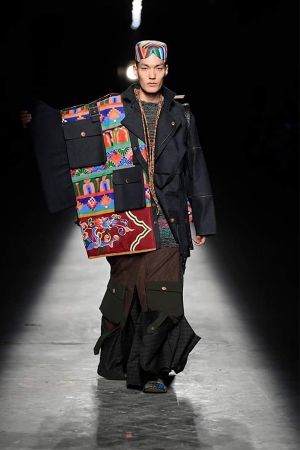 Gauhar Ali is a fashion designer originally from Pakistan and a recent graduate of the prestigious school of fashion in Florence. She was lately a selected candidate amongst 20 other designers for her graduation show.

Her day to day life plays a huge role in the development of her ideas/concepts. She feels are there are certain things and visual picture that ignite a spark in her imagination. Life experiences are like a big reservoir for other design inspiration. The more traveling and experiences, the better she can translate her ideas into real designs and eventually actual garments. Art and history are definitely elements that serve as her inspiration. Current/social day affairs also impact her thinking and therefore further translation of her designs.

It's like she’s narrating her own story through her clothes.

Moods and emotions greatly impact her aesthetic. She refers to vintage garments to help in creating her silhouettes and while looking for new patterns. Draped silhouettes, flowing cuts and Avant Garde tailoring are all a part of her work. From the use of bold coloured fabrics to various embroided/printed materials; her clothes are a fusion or oriental tones and western chic.

Magazines such as Vogue Italia and Fucking Young have also featured her latest work. 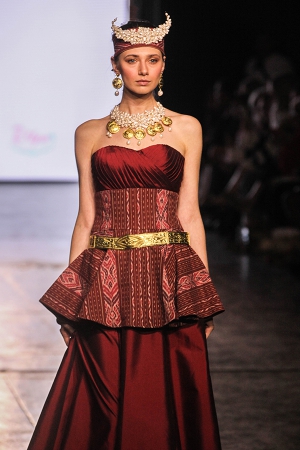 LeViCo is a company owned by Julie Laiskodat who sources fabrics from the region of East Nusa Tenggara located in the country of Indonesia.

LeViCo caters for clients that are looking for something unique such as good quality fabrics with bright textures and interesting designs and these fabrics are transformed into beautiful clothing, bags, and shoes. 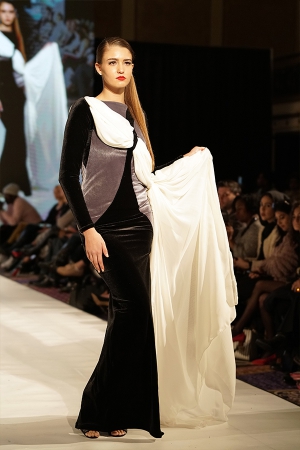 Kristi Fitzpatrick started George + Ginger Pattern Co. in 2015, based in St. Louis, Missouri, USA. With a degree in Drafting and Design, she began drafting PDF sewing patterns and marketing them worldwide. She shares her passion for design with her customers and engages with them daily.

Along with designing patterns, Kristi works closely with fabric designers and promotes custom lines. As her custom designs evolved, she expanded the George + Ginger label and became involved with Fashion Week shows in New York and Los Angeles. Her designs feature fitted garments, complimented by draped, flowy fabrics. She focuses on designs that are conceivable on all body types and sizes. 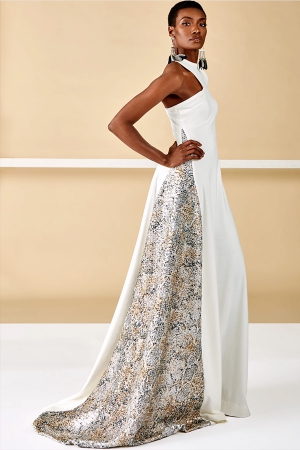 Colleen Morris was born in London, England to Jamaican Parents. She is very proud of heritage and of being a Londoner.

She travelled to New York and fell in love with the city, where she was lucky enough to work as a stylist at MTV in the early 90’s. It led her to style and design for many celebrities including Donna Summer and Vanessa Williams while working freelance at MTV, including styling music videos.

Colleen then worked in Television and film over the years in numerous productions as a tailor and dressmaker. Working on projects as Law and Order Criminal Intent, Inside Man, PS I love You, Sopranos, Sex and The City and Gossip Girl.

She now also costume designs, she designed her first feature period film called Bolden! coming out in the Autumn.

Ultimately costume design has brought her back to her first love, Fashion Design, where she has designed one off pieces for award ceremony’s for actors and actresses she worked with.

Her designs are for women who are very secure and confident in who they are. They are sensual, grown up classics with a bold twist. 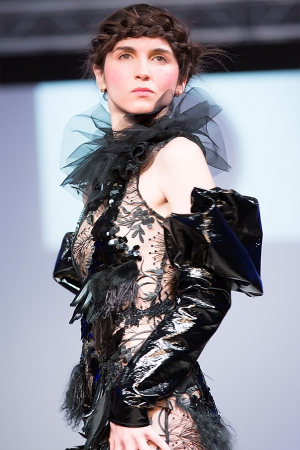 After a successful launch in Nigeria, Fashions Finest is set for its 16th season during London Fashion Week. 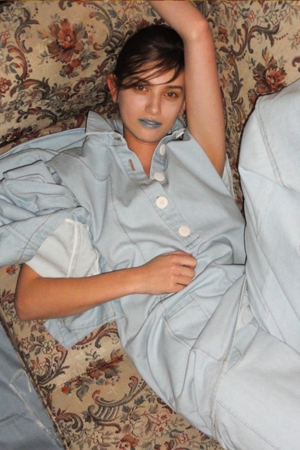 We caught up with Designer Monika Kędziora and Brand Manager Bartek Korzeniowski to find out more about their brand Acephala. Here's what they told us.

Published in Features
Tagged under
Read more...
Page 9 of 21