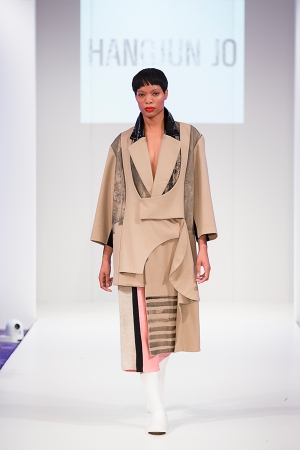 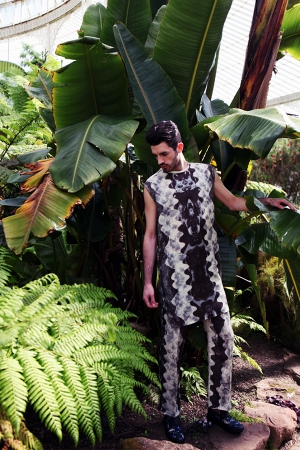 Hangjun Jo, South Korean designer graduated from The Glasgow School of Art with a BA(Hons) in Fashion Design in 2016. Specialised in womenswear. His tasteful sense of colour, print idea and structural comprehension turn out to create contemporary casualwear, which contains elegance and masculinity at the same time. Especially his artistic background is transferred into interesting prints/ cuts and that makes details more unique. Currently Hangjun is a freelance designer and preparing for his first label HANGJUN JO.

His collection A/W 2017 is inspired by women's sportswear of the 1920's such as tennis wear. Cubist art from the era was also used to influence colour, silhouette, the random layers and cuts. This collection was aimed to have a mix of various fabrics such as leather, woven mohair, wool, crepe and cotton drill. Also foil print was used to maximize textures, which is inspired by Cubist art work. The perspective Hangjun has on this collection is one of androgyny. Many of the garments he has designed have the potential to be gender neutral.