Is Nollywood Just One Big Joke?

I just had to stop what I was doing to tell you this, it's just killing me. I am at my computer working on Africa Fashion Week London, Fashions Finest London Fashion Week Show and a few other events and I have the TV on as I just love to have some noise around me when I am working. I am deep in concentration and then I hear reggae music coming from the television and I look up and I see that it is the start of a Nollywood Movie. Now I am sure you are saying – so what's the big deal?

Well this is it, reggae music is playing and there is an old man walking down the road in a village type setting and he is wearing native (Nigerian clothes). Then the scene cuts to a person being kidnapped and the music changes to some sort of Nigerian tension music. I AM LOST OH!

Nollywood movies and some of its actors have become international superstars and the movies are watched across the world, so I know that some of you can relate to some of the things I speak about below.

I have learnt how to watch Nigerian movies and what you do for some of the scenes I go and take a power nap for about 20 to 30 minutes wake up and catch the end of the same scene I was watching when I fell asleep. As you know the same Nollywood movie has part one to part one hundred and can last 2 days nonstop. Why are the scenes so long?

My biggest bugbear at the moment is that in every movie they have to cry and wail and it goes on forever. I have not watched a Nollywood movie yet where they don't cry, scream or roll on the floor. Now I understand that script writers are finding it hard to come up with original stories and have to feature the crying game in every movie but at least they should try and get actors that can genuinely cry. Many a times you will see that one drop of tears rolling down their face and you see it has been manufactured and does not last as long as the crying scene – SOMEBODY HELP ME!

The use of music in Nollywood movies is great, I am working not really looking at the TV and then I hear tension music and I look up expecting to see something really exciting about to happen because of the music I am hearing and then the next thing I see the actor walk to the door open it and say "Hi Sola, how are you?" duuhhh do they not know what tension music is meant to be used for?

This movie I watching is killing me, it is so disjointed its unbelievable, but I am loving the reggae music even though it has no relevance to the movie. Can you believe this they just shot a woman and she is lying dead on the floor in a certain position, they cut to a new scene and then cut back to the scene of the woman lying on the floor (about 15 minutes later) and the dead body is in a completely different position – seriously I am not lying, I guess the dead body was tired of lying in the same position waiting for the scene to change and decided to move.

I thought I would leave you with some classic Nollywood Bloopers...

YOU KNOW IT'S A NAIJA MOVIE WHEN...

A Chief is inside the car with the window wound up, armed robbers attack and shoots at the chief, the bullet won't break the glass but kills the chief inside the car..: How come ??

RMD (Richard Mofe Damijo) remembering when he was still 7 years old as far back as 1960 and suddenly a HUMMER passes in front of him....... Chinekeee

Patience Ozokwor poisons Zark Orji's food. She stirs the poison so that it will circulate to all parts of the meal and then she tastes it. Zack Orji dies while she survives. Nawaa oo 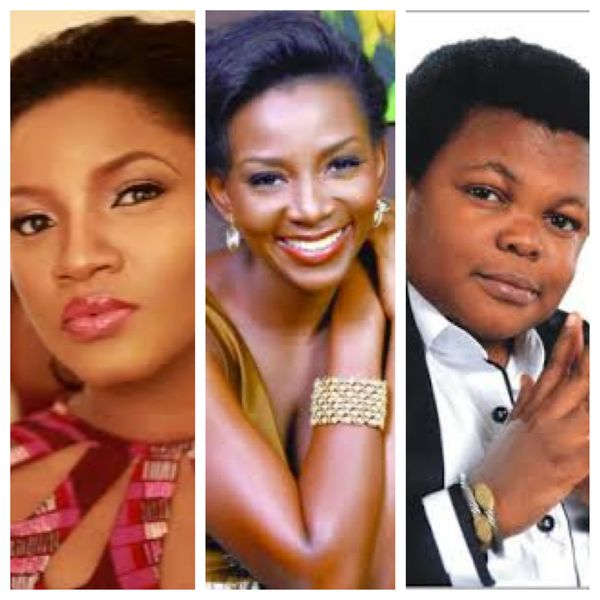 Omotola is depicted as a poor woman suffering in the village and has to do serious farm work to survive, only for you to see that her fingernails are fixed with long plastic nails and painted crimson red. 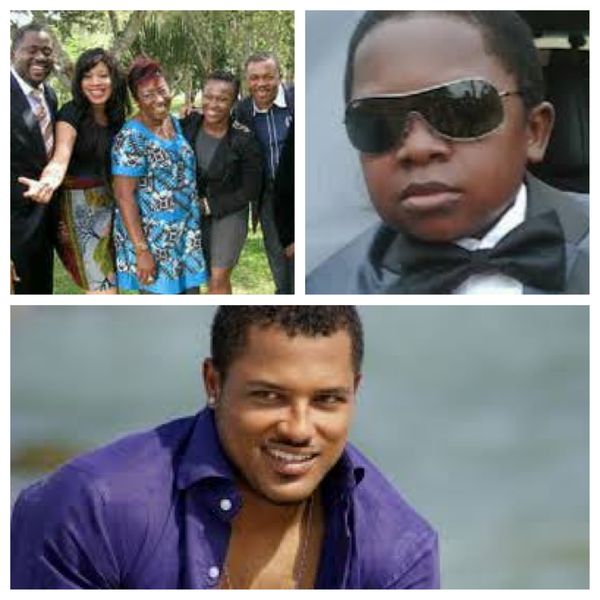 Tonto Dike acting a born again village girl, yet has tattoos on her body.

Someone dies with a low cut hairstyle and his spirit comes back wearing afro... Na wetin?

A woman suddenly decides to poison her husband, then she opens her food cabinet and brings out the substance. Is poison part of cooking ingredients?

They shoot you on the leg yet blood start coming out from your nose.

John Okafor (Ibu) is the father of Nkem Owoh.. Biko who is older?

You must cough before you die?

I am a patriotic Nigerian and I love my Nigerian movies but seriously. However the industry is getting better and there have been some great Nollywood blockbusters – Figurine, Last Flight To Abuja, Ije, The Mirror Boy and a few others. Overall the standard is getting much better but at any time you want a good laugh and forget about your troubles you would never go wrong watching a Nollywood movie.
Published in Blog
Tagged under
Read more...
Monday, 28 February 2011 22:42

Are You Ready For The Journey?

Thursday 24th February a revolution began. Starting with a journey to Leicester Square where the who's who of Nollywood would engage, share and enjoy through the eyes of The Mirror Boy.