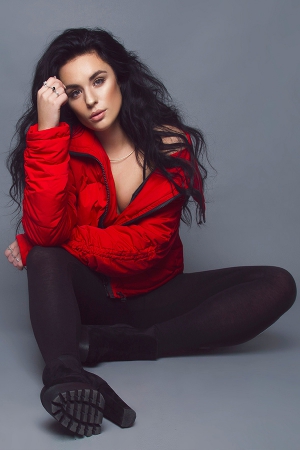 Lydia Lucy former The Voice contestant and X-factor and who toured with Will.i.am the Black Eyed Peas performs at Britain's Top Designer Season 5 on 19th February 2017.

I Should Stop Laughing At Cheryl Cole - She Got Fired from USA X Factor...

I have been told that it is wrong to laugh at the misfortune of others, but I am sorry I am laughing my head off at the fact that the so called darling of England Cheryl Cole was sacked from the American version of X Factor after only one week of pre filming, o my dear what a crying shame. I have no real idea why for whatever reason I can't stand her, it may be because she was once married to Ashley Cole a person that every Arsenal fan despises or is it because she is a over hyped young lady with very little talent or may be its just because I am jealous of her fame and wealth – well the latter one does not count because I am jealous and envious of EVERYONE that is rich and famous.

I should be feeling sorry for her, as in her to do list re her move to America she sacked her long time English manager and took on Will.I.Am as her new manager to help make her hot in the states, (he even through a welcome to America celebrity bash for her), she also took on celebrity trainer to the stars to help her get fit, was planning to buy a new house and bought all of the Digestive biscuits that she could find to buy in Tesco's.For those of you that don't know, she was fired due to her Geordie accent and the fact that the producers (including Simon Cowell) realised after two days of filing that no one would understand her and in addition she allegedly did not get along with Paula Abdul. For me it does not take Einstein to realise that no one in America would understand her as no one in England understands her either.

It Looks like the beautiful Nicole Scherzinger will be taking over from Ms Cole, not a bad promotion for Nicole as she goes from Co Host to Judge. A bit of extra gossip here, she was well upset that she could not sit next to Simon on the judging panel as that right belongs to Paula Abdul, so there would have been no extra camera attention on her likes she gets in the UK by continuously rubbing up with Simon in the hope that as the camera focuses on him she will get that extra attention she was desperate for.

Well Cheryl now that Danny has allegedly resigned or was sacked from the UK X Factor you can beg your mentor, your idol Simon Cowell to give you your job back in the UK. if he decides not to I for one wont be missing you. By the way Cheryl I have booked you a first class return ticket on Virgin Airways back to London for Saturday.

The Church is Getting it Wrong...

As part of my attempts to educate myself and to ensure that I am up to date on current affairs I was scouring through some international websites and came across an article that was talking about wealthy Nigerians that despite the global recession in the last year alone they had spent over $225 million dollars on purchasing private planes.
As I started reading the article I thought what is the big deal as wealthy people around the world regularly purchase private jets and if Nigeria has people that can afford to purchase planes than why not. I read on and became heavily dismayed at the fact that within this group of wealthy Nigerians a number of them were Nigerian clergymen and spiritual leaders that had purchased private jets.

Included within this alleged list were David Oyedepo believed to be Africa's wealthiest gospel preacher, acquired a Gulfstream V jet $30 million. He also owns a private collection of four aircraft. He is also reportedly creating a private hanger to accommodate all of his planes. Pastor Enoch Adeboye of The Redeemed Christian Church of God spent $30 million on a Gulfstream jet and Pastor Sam Adeyemi is also a jet owner.
﻿
﻿My issue is this, these pastors were only able to purchase the jets due to their congregation giving gifts, donations and paying tithe, a number of these congregation members struggle each week to survive to pay their bills and to make ends meet and instead of these donations being used for Gods work their money is accumulated and spent on extravagancies such as private jets. I don't know about you but I think that this is disgraceful and a flagrant breech of what the Bible teaches and what the church should be doing with the money they receive. Nigeria is amongst one of the most religious country's within the world and bearing in mind that over 60% of Nigerians live below the poverty line for me it is a great shame that these preachers preach to their congregation that it is a command of God that they tithe and these people give up money that I am sure they don't really have, but do it because the man of God said they should and because they believe that they will get blessings from God in return.
The Bible says that there are many false prophets and as much as I might face ex communication (not sure if that is possible in a Pentecostal church), I am prepared to stand up and state that this is a disgraceful abuse of office and misuse of church funds as I can't see what urgent work that they do that they need to get to places urgently using a private jet or how they are celebrities that they are unable to travel first class on a commercial airline.

I am sure some of my avid readers will correct me and justify why this is a good use of church funds, sorry but no matter what you say I am not buying it. You read things like this and you still ask why less people are going to church and people are becoming disillusioned with the church. I say no more.